A moment of valor shines brightest , against the backdrop of despair.

Tired of men kicking and thrashing their legs vehemently , I thought long and hard about devising a situation which would create quite a conundrum for the submissive man teased to the brink of insanity and wanting to protest with violent twitching.

Hmm , curious is the trap makers art , her efficacy unwitnessed by her own eyes.

For in front of me last night , lay bound and gagged , my first victim of such maniacal imaginations.  Men are always curious when I begin to bind them , at first unbelieving that ropes can indeed restrain them wholly , and then perplexed when self witnessed there is indeed no escape.  The third reaction though is the one I so dearly covet , that moment where they project where all this foreplay of bondage is leading … and then panic shines through their eyes like the sun on a dagger’s point.

Such was the look in the eyes of this strangely non hairy Greek man of merely twenty two years old last night , and as he understood the trap which I had set for him he questioned his presence in the session entirely saying “this is masochism which I didn’t sign up for whatsoever.”

A moment of valor , shines brightest against the backdrop of despair.#cbt#bdsm#thatsgottahurt pic.twitter.com/pEOirX9sTy

“It is but a deterrent , nothing more, nothing less.”

“Ya but if I move my legs I’m going to lose a lot of skin off of my dick, I’d rather not experience that kind of pain” was his argument.

“So don’t move your legs” I laughed back as I placed the last of 14 clips on his massively stiff penis.

He wasn’t so much concerned with the clips as he was the noose of rope clasped around the base of his dick which in turn was attached to the clips resting precariously above.  I had his feet bound tightly together and attached very taunt to the middle of the feet was the rope extending from his clipped cock.  True to his words, any extension of the legs currently cocked in a bent lotus position would immediately strip his penis of both skin and clips in what would be a very painful choice of movement.

The only exposed part of his penis was a two millimeter space beneath the bulging head , just enough space for a finger or two.  Two fingers and two hours ahead of him , he was in for a session like no other I had done for he absolutely needed to remain motionless from the hips down else suffer the agony of shredded skin where one most certainly doesn’t want skin shredded. 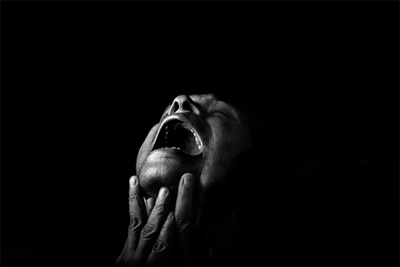 Despair crept into his eyes , flushed with tears that streamed down his reddened face in that final hour.  I lamented my hastiness in setting this trap as I stroked the pulsing tiny area below his cock head , for if I had only taken the time to insert the android app controlled electrical butt plug , I could have heightened the agony to much greater heights.  As it was , I had to settle for tears and pleas as I shook my head back and forth at each begging suggestion to let him cum , “denial does mean denial I’m afraid” I said with a shrug of my shoulders.

“Oh god damn, fuck” he screamed as the white and then the yellow clothes peg snapped off his dick rather violently.

He was quickly reminded that absolute stillness was to be his only salvation.

Frustration and fury, more destructive than a hundred cannons.   “You’re such a bitch” he playfully hissed at me while shaking his head.

“I simply give no quarter” was my rebuttal.

“What do you get out of making me suffer like this” he asked.