With the road behind me being so unfortunate and the road ahead being so uncertain, I’ve chosen instead to climb. Though the ascent makes me feel tired, weak, and urges me to quit, I know that when I reach the top of the mountain the struggle will have been worthwhile – for the road ascended from will then seem trite.

Among my accomplishments so far this year, I’ve climbed to 11,000 feet , bungee jumped , swam with sharks, put in over 500 hours of Muay Thai training , embarked on learning German and am half way through writing my first novel.

All great, but as I climb this mountain that I referenced nobody told me that I’d hit the wall at learning how to parallel park.  On that list of great achievements this year is supposed to be “I got my driver’s licence” but to me it’s starting to look like brain surgery would be an easier thing to try and learn.

So much so that I’ve added Parallel Parking as the second great mystery of life, the first being why some men’s curly chest hair looks like Taco meat to me.

As if the BUMP of my car hitting the one parked behind me didn’t spell FAIL enough, the SCREECH of my passenger door scraping the rear view mirror of the car beside put an exclamation point on the word FAIL! as the examiner shook his head in disapproval. 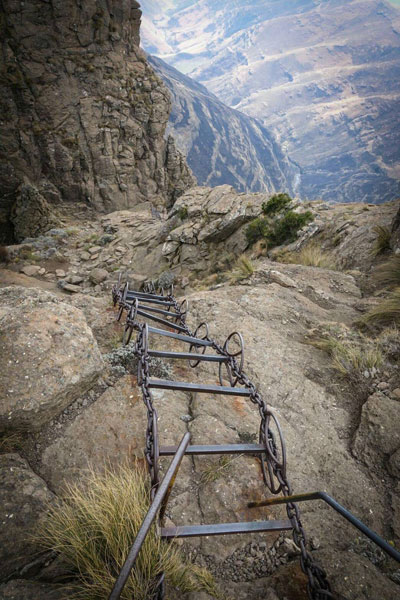 Still, this is Thailand, and two dinged up cars while parallel parking can be erased from memory with a simple bribe of about 500 baht.  The parallel parking portion was the last part of the exam and after I had put the car in park and turned the engine off we sat there in uncomfortable silence.

Then he passed me the clipboard to show me he hadn’t yet marked me down as failing per se , a subtle hint that his signature and a check mark on the word Pass could be bought right at that moment.

I took out my purse , dug down deep inside and came up with a pen in my hand instead of money.  Then,  purposely in English – not in Thai, I wrote across the examination paper the word DETERMINATION and ticked the box saying fail.

Earlier in the year , on that mountain at about 10,000 feet I was freezing cold wearing but a t-shirt and a thin long sleeved sweater that i had pulled down over my hands to keep the last bit of warmth in my fingers.  My legs were shaking and my mind had locked into thinking about finishing the climb.  I had separated myself from the group and walked along that flat summit with the wind howling in my ear , almost knocking me sideways as I stepped.

We happened upon an old rusted steel ladder that disappeared into the mist high above us.  I let the first three people pass by me to watch them climb up and vanish into the clouds above.  The precariousness of the situation became me, one slip from that ladder and it would be an express ride down of 11,000 feet.  There were no ‘danger’ signs, no safety clips to secure the body to the ladder, it was simply a challenge. 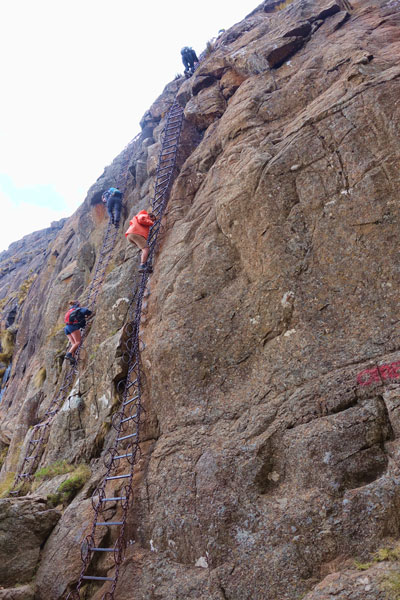 That’s when I thought of the quote I wrote at the beginning of this story.  I’m doing everything I can to change the circumstances of my life , but life it seems is not without a sense of humor as it continually lays down obstacles in front of me proportionate to the effort I exert.

At that moment, even with fingers as numb as mine were, that ladder to me symbolized everything that had to do with being born Thai and poor.

I didn’t just climb that ladder, I galloped up it.  Using the crooks of my elbows as hooks, the ladder become nothing to me.  Then I walked the last few meters at the peak alone with the gail force wind screaming in my ear and sat down at the precipice to gaze down proudly at what I had accomplished.  I have a great video of that moment, I’ve appropriately named the file ‘determination.’

For, at the foot of that ladder there was no frown faced, squint eyed thirty year old man asking for a bribe in return for passage above.

To me, determination is defined by never saying quit.