“Attack ships on fire off the shoulder of Orion” … my parallel experience of such a spectacle while I was in Europe would be feeling ice melt through my fingers as I stood upon a Glacier in Norway.  I had never seen nor held snow in my hands before that moment , to experience it not from a snowflake but from a glacier was majestic.

” I watched C-beams glitter in the dark near the Tannhäuser Gate.” 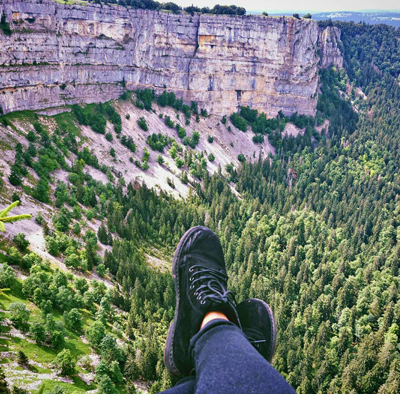 I sat high atop a mountain with my feet perilously dangling over a cliff watching raindrops glitter in the sun as they cascaded downward upon the trees far below … that was my Tannhäuser Gate moment.

There were many moments , too many to count really.  I saw the Louvre, my lifelong dream , I stood upon the Eiffel Tower but sadly wasn’t wearing a red dress , and saw many of Europe’s finest attractions all surrounded by throngs of similarly minded adventurers.  Thus , it was those rare moments of solitude that made me think of Roy Batty when he said “I’ve seen things you people wouldn’t believe” for the remark implies that the adventurer has stood where nobody else has ventured to go.

To get that far away from people one must be willing to go where others will not.  For me , mostly on this trip , that meant one direction :  UP. 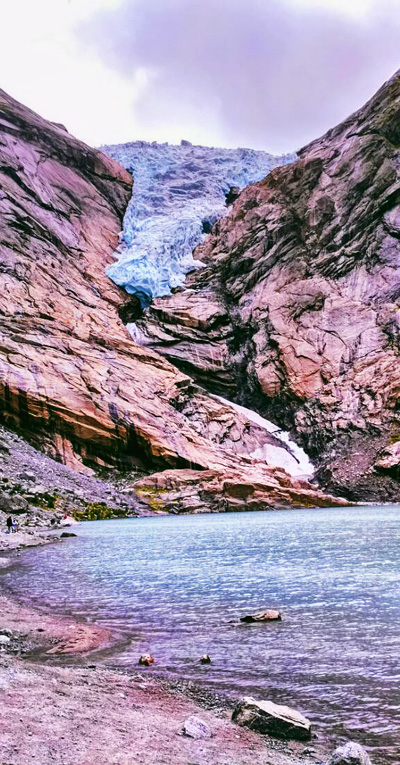 7 Mountains : 30 days ; and about 1 million mood swings along the way.

(Ok maybe 2 million , but par for the course for a girl no?)

Climbing a mountain , for a girl anyways , is like having my period intensified with hallucinogenic drugs.  The enormity of “just you and the mountain” doesn’t kick in until the decent where giving in to fatigue means you’ll be sleeping on the summit for the night.

On the flight back I felt something I had never felt before :  pity.

Pity for all those like me , involuntarily returning to this land of shame.

In the taxi, heading back to my condo while holding back tears I looked at the people on the streets and thought … most will end up here , covered in the poisoned earth , awaiting merciful oblivion.

My destiny lays upon a different path than theirs.

I need to know what lays beyond Tannhäuser Gate , and thus I shall return shortly.

But first I need to make money , all those who truly know what Tears in the Rain means with regards to Tease & Denial , please come hither.