Four score and fifteen months ago my neighbour brought forth upon this world, a new virus,  conceived in a lab,  and dedicated to the proposition that its presence would fuck my life up royally over the next eighteen months.

Now we are engaged in a great genetic war, testing whether that nation, or any nation so  conceived and so dedicated, can long endure.  We are met on a great battle-field of that war.   There’s an old saying we have here and it goes “shame on , umm , shame on … you  … fool me you can’t get fooled again.”

Well I’m here to say that I didn’t get fooled as royally as China would have liked because I have pledged allegiance to the Moderna Vaccine and to the mRNA  for which it stands , one Mistress on top of a Slave, indivisible, with punishment and seduction for all who may come to see me henceforth.

Listen. Understand.  Sessions are out there,  they’re coming back real soon.   And this new Moderna Mistress model of myself , I can’t be reasoned with, I can’t be bargained with … I don’t feel pity or remorse or fear  … and I absolutely will not stop ever.  Until you are stomped on , drained or denied.   Watch below to understand :

All joking aside, by Grapthar’s Hammer , I’m about to make it through this pandemic !!!

I mean, I see the  light at the end of the tunnel and I’m pretty certain it isn’t that of an on-coming train.  I know, all you want are the facts, m’am , so I’m gonna give you the facts.

Mistress Wael and her family are all booked for July 1st vaccine , the same day that Phuket is scheduled to re-open.

Busy season starts the day after, September 1st and I have optimism that as the weeks pass from September through to Christmas travel will increasingly become a thing again.

I have 400 femdom/bdsm videos that I’ve shot for my Onlyfans this past year.

Combined we have an army of 700 videos , all of which I’m designing a video store page for this week and next with links to all the places you can find and watch what we’re about.

Ladyboy Mistress Arita is set to re-join our crew as soon as inter provincial travel is allowed again.

So I’m calling June – August the ramp-up for “return to normal” in which my goal is to get all 3 video sites up and running , and be posting one story a day here alternating between me and Mistress Wael.

As noted above, we very well expect the number of session requests to far exceed what the three of us are able to accommodate so we’re planning on “aggressive expansion” as the Joker notes above, and indeed we’re having “try-outs.”

So if any of your honey’s over here have half a brain, can speak English reasonably well and are looking to up their daily income from 3 digits to 5 digits ,  point them my direction will ya.

And that’s where we stand. 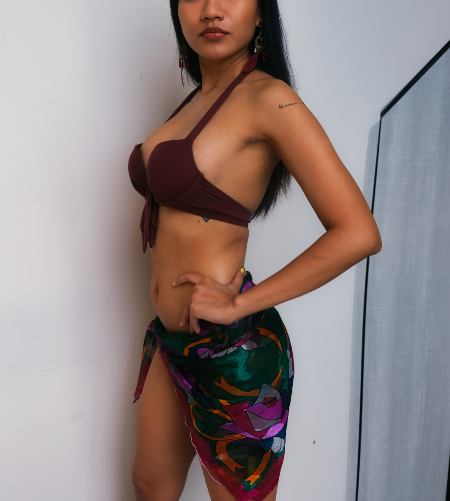 I know I’ve ignored email now for nearly a year  , instead using Onlyfans messaging as my means of discourse with my followers but I’ve noticed a remarkable increase in session inquiries these past two weeks so starting today I’m going back to reserving an hour or  more every day for prompt email replies.  I didn’t do so for the past year because  all session requests had “sometime in the future” as a  session date while now they are specific and hopeful for dates beginning on August 1st.

We are considering as well not relocating , but willing to travel frequently to Phuket and Singapore once we’ve both gotten our double jab and have our vaccine passports.  So my followers who are considering coming to Phuket during their  initial opening or wish me or Wael to fly to see you …  that is something we’re definitely looking to book.

That’s all folks, just wanted to update you on things.  It’s kind of strange writing for jaa4u these days, after all I have 1111 posts with stories in them on my Onlyfans from August until now, May 23rd.  But going forward I intend to make my writing a 50/50 split between the two sites.

p.s:  Can you name all the documents & movies I’ve borrowed from in this post?  Email me your answers, or message me on Onlyfans with your complete answer set.  I’ll reward anyone who answers correctly with a complimentary video 🙂