Using erectile dysfunction , a saddening condition amongst older men – as a tool to make older men fall head over heels for me is maybe a bit unethical …  but holy fuck is it fun for both the man and myself!  Let me explain.

Let’s first start with the genesis of the idea as I happened upon it via a set of unfortunate circumstances for my doctor friend in South Carolina who just recently retired.

In summary , what happened to him is he retired this year in his mid 40’s , and being single via a three year old divorce he opted to begin his new life of freedom by kayaking all over his state.

His dream being to find a Robinson Crusoe like uninhabited island and live there for as long as he could survive … a length of time as it turned out that lasted exactly 3 hours and 15 minutes.

The island he had set out for , well his calculations of the tide and water currents not to mention shipping lanes in the channel set his arrival time back from 8pm to well after midnight.

Only, the mosquito net that he tried to wrap himself in had a hole in it and within minutes he was being eaten alive by what he described as insects so plentiful that the campfire was completely blacked out.

He made his way back to the mainland on zero hours sleep and a body that had every muscle seizing up and hit land at sunrise , his body bitten so badly that he said he looked very much like Martin Short in the movie Pure Luck …

The selfie photo he sent me absolutely verifies that he looked more like Seth Brundle as The Fly and less like a human being, let alone a doctor.

He drove to his own hospital, the one he had just retired from and his own nurses and doctor’s gave him a week of steroid injections , something he had never received before or prescribed as he was a surgeon and not a general practitioner.

For two weeks , I received a very long email every single day … not detailing how he was recovering … not describing the unbearable itchiness all over his body … but only of his rock hard cock which had come back from the dead.

You see, my doctor friend has suffered from erectile dysfunction ever since he was in his 30’s.

It wasn’t a severe erectile dysfunction back then, but as he described it,  … there was enough ‘encouragement and kneading’ necessary even back then that he knew it was going to be a major problem once his hormone levels started naturally dropping.

As he puts it … “now in my 40’s the sexual thoughts and urges are all the same, but there is rarely a reaction down below , even though I desperately want one to occur.”

What the steroid treatment for his insect stings did was kinda made him a superhero like Spiderman , he told me umpteen times that he felt like he was 22 years old again.

Lamented many times that he wished he was back in my country where super hot pussy for any willing and able man is plentiful and cheap.

By that time I was listening internally to every email I was reading … but at the same time the gears were grinding away with full force and speed in my mind , for I began to think of just how many of my submissive guys suffer from the same erectile dysfunction.

Because here’s what I was thinking.

Erectile dysfunction sufferers want desperately to get their cock back to feeling like it did when they were 22 right?

And given a normal thought process , having been set free from erectile dysfunctin , no matter how temporary and fleeting that time period might be , the average man with new superhero powers like my doctor friend had would indeed seek to conquer as much pussy as possible.

But what if the arch-nemesis of said superhero was a Mistress , a cruel domina who would use that hard cock and the hour glass beside it to deny him of any pussy but mine … and even then , drain every last ounce of devotion out of him before allowing him to maybe fuck me just before the steroid effect wore off.

As the steroid worked its way out of my superhero’s system, he’d awake on the other side only to find himself locked in chastity, and then I’d send him back home to his country having once been a superhero … but having not conquered one single pussy in his time of glory.

And like Batman’s obsession with CatWoman , I’d have teased him so much and loved him so deeply while he was 22 again , that I’d become his permanent aphrodesiac.

Luckily , where I live, such steroid injections have lovely 5 star luxury clinics where such a pleasureful injection is quite widely available.  All that is needed is some blood work done beforehand , a few tests and then faster than you can say Bob’s your uncle … you’ll become whatever 22 year old hard dick superhero you imagine yourself to be.

I’d rush you back to my condo , tie you down to my bed here , and just gently caress your cock and balls ,  waiting for you to roll back the years as I do so.

I’d face sit him , rub my pussy up and down his mouth all night ,  make him eat pancakes and syrup off my nipples in the morning ,  pull shrimp out of my asshole for lunch , and lick my whipped cream filled pussy for dinner.

Thereafter I’d leave him with an exponentially incresingly painfull set of blue balls as I locked him in chastity every night and let his cock try and pulse its way through the metal. 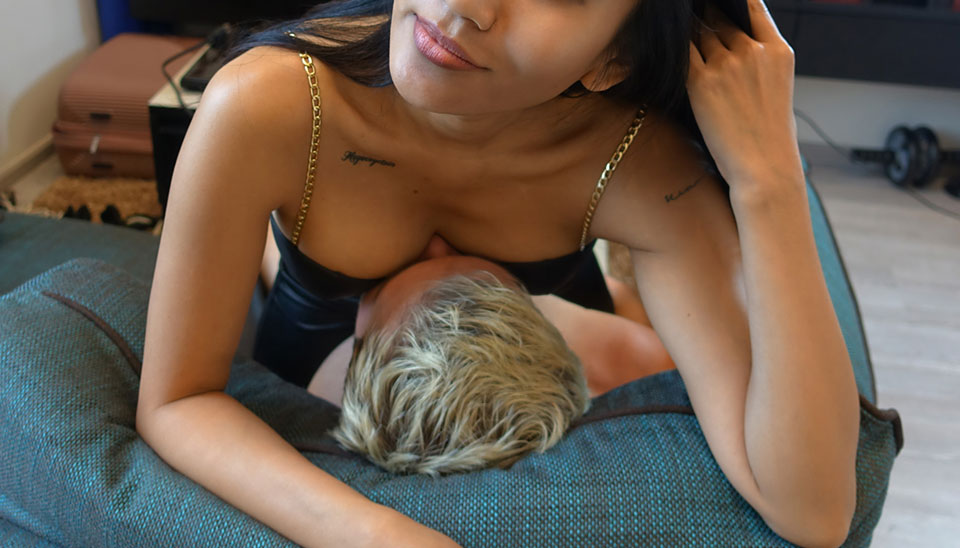 By the time the steroid began to wear off,  he’d be so deep in love with me , and so frustrated – that he’d almost wish his cock would go back to its erectile dysfunction -al state again , just to escape all the teasing.

Oh my god, how fucking cruel and fun would that be eh?

Depending on how good he looked – like my doctor friend at 46 is quite hot still – I’d fuck his brains out on one of the last days his cock was hard.

In fact, I’d pump him full of Viagra so that he’d never get soft no matter how many times he came , and would tie him to the chair downstairs so that I could sit on him and ride him anytime I wanted in the morning afternoon or evening.

It’d be a fuck day.   I’d just fuck him endlessly, even if it was a quick 30 second hop on and hop off as I walked past him with the laundry basket in hand. That’s because , well a side-effect of abstaining from sex for so long now – my pussy – as I’ve been told – is as tight as it was in high school … any year in high school if you catch my drift.

And no man , not that there have been many … like one per year lol … but no man in the past five years has been able to last more than a minute inside me.

So I’d have to be ever-s0-careful while fucking a 22 year old cock trapped inside a 52 year old man , as no doubt he’d ejaculate almost after first insertion.

I’d probably have to double up on the condom to further reduce sensitivity.

But ruuber cocks do nothing for me so … hmm  , its a judgement call.

Fuck I’m wet thinking about it.   I seriously can’t wait to pull this off.  I’ve been planning it , dreaming about it,  hell I’ve even gone and visited not two but three clinics to learn as much as I can about the whole steroid process. 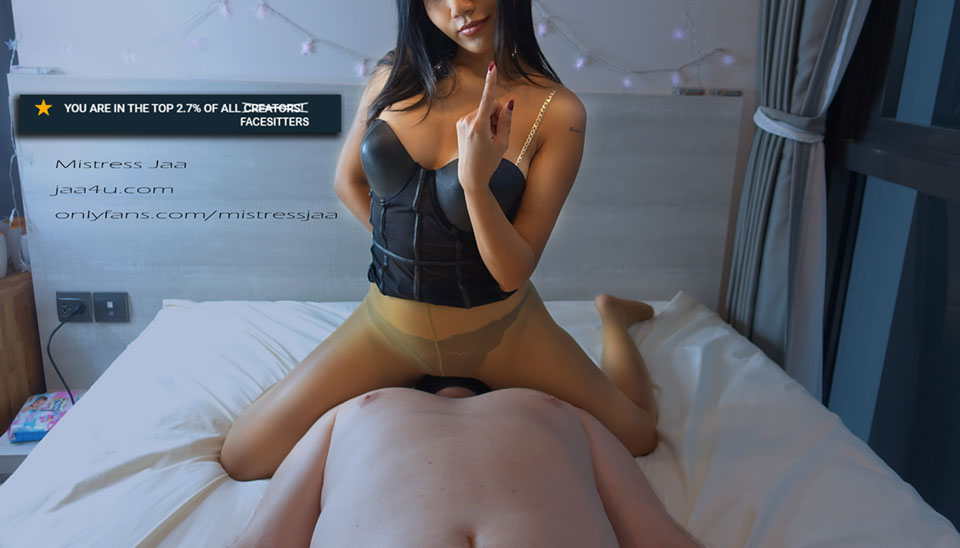 I figure, if I do this right , as lovingly as I can possibly do it … it’ll be the tease to end all teases.

Because it’ll be a tease that’ll last in perpetuity.  Right?  He’ll always remember that week with me and if I’m right … it’ll be such an experience that any guy will want to repeat it over and over.

Which is good for business , but also great for my ego … which can get pretty large sometimes when it comes to wanting to be the world’s greatest tease.

I just had to write about it because it’s been consuming my mind day and night now for weeks.  I scratch pussy to it every night almost.

Just understand … the 50 year old guys in my fantasies … are all fucking hot ok.   So get your ass and your limp cock to the gym and work on making that body hard , even if the cock can’t comply in turn.

This is the Ferris Bueller part.  The end of Ferris  Buellers day off  where he came out after the credits and said “you’re  still here?  go home.  the show’s over.  go home.”

Wonder how many more times I have to type erectile dysfunction.  See the pain in the ass of writing these stories?  99% they are off the top of my head.

But 1% has to be focused on the technical stuff that i dislike.  like ranking for erectile dysfunction which is the keyword for  this story.