The rape session began in the hotel lobby which was loud with a drunken group of Japanese tourists waiting at the lift before me.  Too many, too dangerous I thought and then laughed at the irony that the two of us were pretending to be just as dangerous as them.

Junior Mistress Wael had silently said as much walking far behind me to avoid them.  I had counted 10 of them staggering into the lift and holding the door open for me as if to politely invite me to get raped willingly.  We instead waited for the next elevator which arrived and spilled out 5 more Japanese guys making me think that somehow the taxi had dropped me off in little Tokyo.  With all of them being small I got the image of the guy I was going to see to be equally small and easy to overpower.

What was on my mind was just how exactly I was going to rape this guy.

I had not talked to him about it as I had done in my first rape session which had been well planned and scripted in our sms conversations.  He had simply said that he wanted it to feel like a real rape and that I had asked him to talk to me on Skype before the session to say on camera that he was asking to be raped for my legal protection only made him more excited.  In reality, this was not like my Tease & Denial seducing type sessions that I have a lot of experience with.

Most men are full of bravado when it comes to exploring their sexuality, they say they want to push their limits when really what they want is to be touched and held in a delicate but dominant manner and willingly obey every command I give them.  There is nothing “forced” about any of my sessions, I am simply getting in touch with the fantasy that you have suppressed the furthest into your sub-conscious.  But this guy definitely wanted to feel forced, he had said so countless times in his second of only two emails.

It’s very unlike me to have only 2 emails of conversation with a customer before agreeing to meet him.  The average is about 30 back and forth conversations and they sometimes go as high as 1 or 2 hundred before meeting.  I really like to know who is coming to see me and what makes him think the way he does.  That familiarity allows me to be very intimate in my sessions. 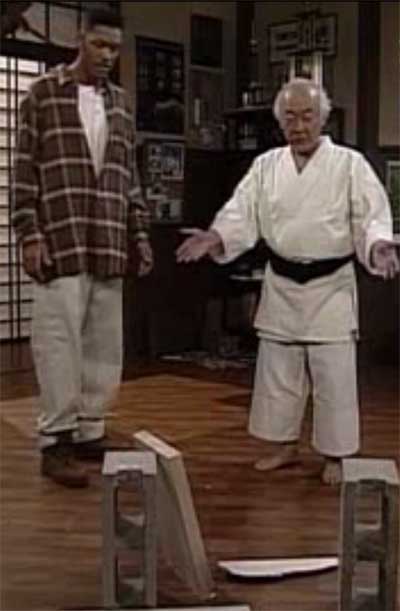 But seeing somebody on one very long but very detailed rape fantasy and then promising that I could fulfill his wishes was maybe overstepping what is actually possible.

The door had been left open a crack as I had requested.

We slipped into the room quietly enough, the tv was loudly playing some show … actually it sounded Japanese now that I think about it lol.  However the guy wasn’t short, and didn’t at all look like Mr.Miyagi, he actually looked like Jim Carrey all tall and gangling walking without much coordination, kind of like how my dance partners have been at my Friday night salsa classes this month.

Now, I was there the session that the original Mistress Jaa used an air gun to shoot at her slave’s balls after she had him strapped to a door inside her condo.  If you remember the photo, one of her shots actually hit the side of his dick, but what I remember was the terror on his face.  She was always good at taking guys out of their safe zone and putting them in situations of such discomfort that they were as real as could be.  So I had brought my friend’s pistol air gun to recapture some of that fear that my mentor Jaa had created that day and it worked immediately after removing it from my purse. His hands shot into the air and the look on his face went from trying to follow my lead to considering jumping off the 30th floor balcony behind him.  I told him to turn around and face the balcony giving the play gun to Mistress Wael as she walked around the bed so that she was in his eye sight and drew his focus of attention.  It helped that she was holding it like Tom Cruise held his gun in the movie Collateral with the same stone look on her face.

Thus, he didn’t even see my Muay Thai kick to his balls coming.  His face hit the rug with his hands awkwardly laying upside down behind him and the thud was loud, louder than the wheezing sound he made as he drooled spit from his mouth.  I tossed Wael the handcuffs in my bag as I strapped his feet together and as he wiggled on the ground we then both attached his hands to his feet with the hogtie strap that i use.

“don’t hurt me” he squeaked out after catching his breath.

“i’m not here to hurt you babe, i’m here to fuck you” i said as I pulled down his pants and underwear to his ankles.

We left him wrapped in saran cooking foil , took the 10,000 for the session from his wallet … and the soaps and shampoo from the bathroom too lol … and that was it.

As real as it gets right?  Rape should be rape … it should feel like you are being attacked with no choice to get out.  If it feels like acting out a play then it isn’t rape is it?  I think a rape session is the hardest to act out.  It has to be real , feel real , and that means you have to be scared , terrified almost.  But then it isn’t really fun is it?  At what point does fun stop being important for the session and the fantasy become more important?  It is a really thin line and one I am still trying to find a balance with.  I always want the session to be  as real as it gets … even rape … but sometimes I have to stop and think that it has to have a limit.

It’s not just rape fantasies … yes rape fantasies are hard like that but also castration fantasies … toilet training fantasies … kidnap and blackmail fantasies.  All these can be done so seriously that the fun is only when you think about it after … and not while it is happening to you.  I’m thinking after that session that it’s better to keep things fun and sexy most times and only occasionally do the as real as it gets sessions.  Too many, too dangerous.

One Response to Rape Session | As Real As It Gets