What to take away from this experience?  Well, now that I’ve had to spend well over $5,000 in European or American currency this year for unplanned medical visits I could say that it’s about time I invest in some medical insurance , however that wasn’t the big take away of it all.

Neither was it the momentary brain fart I had when I realized I was out of water and hardly able to move from the sofa.   It took me well over 20 minutes to move from my sofa to the fridge two days ago and when I realized there was nothing to drink whatsoever I was seriously considering taking a sip from the tap water – which is like playing Russian roulette with 5 bullets in the chamber.

I stood there tapping my phone in my hand looking at my list of friends , none of whom actually reside in the city here , and considered calling on any one of you guys to come deliver water to me but I’m absolutely not the kind of person who wants to bother people to do something on my behalf.  However some eight hours later my body was telling me through all the other pain I was in that if I didn’t get some water in me soon things were going to get a whole lot worse.

Moving my leg but an inch would cause me to scream so gutting out a walk over to 7 Eleven was out of the question.  I like to live a life of anonymity so asking the security guy downstairs was a no-go as well as the less people who know I exist the better .. call it an occupational hazard.

Then it hit me , just order food and drink.  Honestly, had I not been in such delirious pain it would have been second nature to think of ordering from FoodPanda but I wasn’t able to think properly which perhaps may give you a sense of the degree of pain I am in.  Or perhaps not. 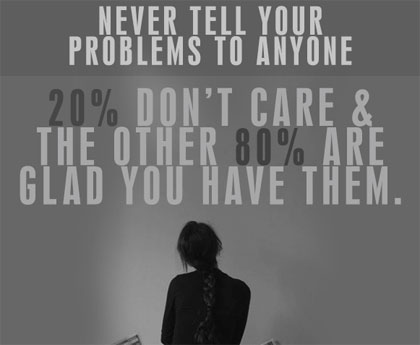 What I got from this experience is that there is a dignity that comes with suffering in silence.  My best high school friend may die soon , and she tells not a soul of her daily plight living with the leukemia that is draining the life out of her daily.  I talked only with her the day of my operation , she simply said to me “be strong, be quiet , you’ll survive.”  I most certainly wasn’t quiet, I screamed loud enough for the whole floor to hear while being cut open but that’s done with , I did indeed survive it.  Now as I sit here recovering , pain be dammed , I feel strong.

I may lose many things in my life , but if I lose my dignity , my honor , then I am lost.

… and I am far from being lost.