So you want to be castrated?   No, here’s a far better idea – one that is guaranteed to not only immortalize you in social media until the end of time but will simultaneously make your 1 inch dick the least looked at part of your body even as your video becomes the most watched in the internet’s history.  That’s what you want right?  You’d do anything to divert attention from your pathetic little worm of a , so much so that cooing about the size of your wallet hasn’t led to any satisfaction and you’d rather just be rid of the little worm.  Relax, we’re gonna fix that right now.

By far, the most confounding part of being a mistress is trying to match reason to why FinDom guys suddenly appear at my doorstep, drop thousands of dollars at my feet in a ridiculously short amount of time.  Which in turn gets me to extrapolate just how insane my year end revenue totals are going to be, so much so that on more than one occasion this year I’ve contemplated what retirement will be like at age 29.  Then, just like that, they’re gone.  Disappearing just as quickly as they materialized – leaving me with a pile of money that could have been ‘oh so much more’.

Then the self analysis sets in, the second guessing of what it was they wanted that I didn’t fulfill, followed by endless research of how to manage this part of the business in a more effective way.  Finally I come to the conclusion every time that I’d have an easier time trying to strap on fuck a Hippo in his ass than make sense of how a FinDom’s brain works.  So to that end, rather than spend any more time trying to solve my problems I’m instead going to solve theirs.  I’m gonna do that by making their exposed dick the most non watched part of a video that’s going to in the end surpass PSY – Gangnam Style’s 2.5 billion hits.

Let’s start by listing the materials you’ll need to stage the world’s most remarkable smut video ever shot.

Got all that?  Great.  So here’s what you’re gonna do.  You only need one sharp strip of the chicken wire – the thinner the better, and with it you’re going to make a loop that fits snugly around your neck – be careful not to make it too tight as we want to avoid any unnecessary chafing.  To this loop you’re going to add a liberal amount of rope, say about 20 meters as we want to give gravity and acceleration a good amount of time to build up as you descend towards infamy.

Now, strip.  Reveal to the world – remember over 2.5 billion viewers – the pathetic bump you have for a dick and trust in me that not one of those viewers is going to pay any heed to the source of your humiliation.

At this point you need 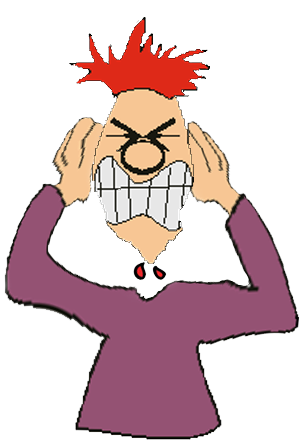 to seek out a very high bridge – one where your buddy can also find a good location to film you from far away.  Two parallel bridges a few hundred meters apart from one another running high above a river comes to mind as a perfect example.  Once your buddy is in position and gives you the hand signal that they’re filming you need to slip the chicken wire around your neck and secur
e the end of the rope to the railing of the bridge.

Now for the brilliance of the idea.

You’re gonna apply a tube of super glue to each of palm of your hands making sure they are covered fully before attaching the hands to the face cheeks.  Once the glue has set – we’re all set to go.  Climb up over the railing – make sure you get the ‘ok’ sign from the guy videoing this – and jump off.  People will think you lost your mind – literally.

Come on!  That’s better than a fire hydrant pissing on a dog.  At the very least it’s better than coming to me asking for a simple castration.  Hey what’s more scary, the fact that I’ve had 25 guys ask me to castrate them this year or that I’ve studied in-depth on how to do it properly?  haha.

In total, 23 of the 25 asking to be castrated dropped varying amounts of money at my feet and all but 2 have long since vanished, never to be heard from again.

The only 2 guys who have been paypig worthy in terms of loyalty are the only two who did not ask for castration in the first place, Benny and Marco.  That’s a bit of an anomaly don’t you think?  I mean, if it wasn’t for those two guys I’d absolutely believe that there is a strict correlation between castration and Findom. 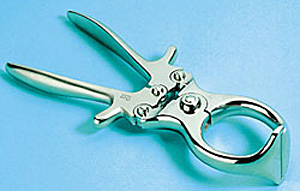 Coincidentally, do you know from which country I get the most emails asking to be paypigs but who never follow through?  Italy.

From which country do I get the least emails asking the same, but follow through the most often?  Americans.

What guys want to have their dicks lopped off the most often?  French dudes.

The rest of the world seems to be quite happy with their package down there, but I have my Burdizzo Cutter ready just in case one comes a callin’ 😛