While BallBusting is now my third most loved fetish session behind Tease & Denial and Foot Worship I’m a bit disappointed that while I am the one responsible for this latest session, it wasn’t me who physically ruptured the guys testicles.

cure his lifelong curiosity of having his balls kicked by a Mistress.

However as you can see in our email exchange there seems to be a shortage of girls in Singapore who are willing to kick a guys balls through his teeth.  It’s not an ability you’re born with unfortunately, the talent comes from either desiring to be an MMA fighter or having met my ex boyfriend.  Luckily Singapore has a fine MMA gym at Evolve which isn’t at all cheap and I’m starting to get an idea of how poor fighters are, so all that needed to be done was to put one and one together to find a girl who’d want enough money for a free month’s training.  My bet was that girls would fight to get to the front of that lineup and I was certainly right, though legalities of it ate up a lot of time before the dream became reality.

The offer he put up on the notice board :

BallBusting Girl Wanted to Kick My Nuts, Willing to Pay $250

What he got was a box bull of resume’s from MMA stars who suddenly put BallBusting at the top of their resume.  $250 us dollars for 5 minutes work?  Offers like that don’t come around too often even for me, my last two BallBusting sessions have been 2 hours each.  Mind you, my BallBusting sessions are a whole lot sexier and playful that what he was asking for.  I don’t think he quite understood how hard a trained fighter can kick, be it a boy or a girl, it’s the technique that matters not the size.  This I know from my one month of Muay Thai classes which I was going to continue seriously until I found Salsa Dancing.

I also know from the video that the girl took it easy on him as she chose the front kick.  Had she angled herself off and swung with a Muay Thai kick she would have been able to turn her hips over more and the guy simply would have passed out.

My BallBusting sessions, seen below, are less severe because while the spikes on my shoes do hurt, they are greatly for show as I am hitting with the top part of my foot.  It doesn’t matter really if my BallBusting kick is just a tiny one or a full swing, I always hit with my foot unless asked specifically for a more serious kicking session.  To which I reply that a proper 2 hour BallBusting session simply cannot be done if the girl is performing a proper MMA kick.

A front kick to the groin or a Muay Thai kick is done with the shin, a far more devastating part of the body to connect with.  I’ve loaded my Muay Thai sessions to my iwantclips store, I’ll add the link here next week once all the paperwork is done for that store to be opened.  But you’ll see in the video that my teacher is constantly telling me in Thai to connect with the pad using my shin, it’s about the only thing I truly learned as he had to repeat it to me so often.

So the guy finally got a girl to do it if he would sign off on special paperwork that he would not hold her liable for any medical damage, a very wise move by her as you’ll find out in a moment.  They used a weight rack frame to tie his legs wide apart while binding his hands as well to prevent him from collapsing and causing head injury.

Here is the 7 second result of his lifelong BallBusting fantasy come true :

The guy had $1,500 of medical expenses afterwards:

One of my testicles was more than just bruised but it was self healing and didn’t require any minor surgery. On her second kick her shin smashed the ball on my pelvic bone and there was no place for it to go so it just compressed. The doctor said there was maybe a 5-10% rupture ( I told him I had a bicycling accident but I think he suspected different ). I don’t remember the 30 mins after and I couldn’t really move for 2-3 hours, it really hurt. I limped for a week and had to walk really slowly even after some good pain killers. Like I said, I can still feel it a little. I am ok though. 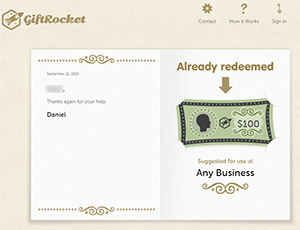 1500 for two BallBusting kicks is a lot but there was one last expense he still had to pay, it was after all my idea.

I guess having to pay me $100 for nothing more than a BallBusting suggestion is like another kick in the balls, but at least this injury was superficial … compared to the total cost of 2 BallBusting kicks which in total came to usd $1850.  Ouch indeed.