On the 3 hour bus ride home tonight from my mom’s house I saw one of my foreigner university teachers that taught me here in Bangkok some years ago and though he didn’t recognize me he was nice enough to let me sit beside him and talk after I introduced myself.  At the time I thought he was an excellent teacher, he was the first one to ever impress me and in that year, my first in university, i never missed one of his classes.  I told him i had a 4.0 GPA (A-) in his class because of how good he was and he answered back

“Why do you want to quit?” I asked him, “you’re such an amazing teacher.”

“Because i’m tired of being told to pass students that would otherwise be getting than a 1.0 GPA … or a D-

That’s a shocking number but it sure explains a lot of things … like why i never go see a doctor in my country.  Me, being in the first 20% further clarifies for myself my relentless desire to put as much distance … measured in 1000’s of kilometers … from the  other 80% so I can finally get rid of this “guilty by association” cowbell you guys like to hang around my neck so often.

“There’s this rare thing called a camel curve of distribution” he said, “that’s unlike a normal bell curve seen in the western world.”  I guess I don’t know everything, my major is in English and i hadn’t heard of a camel curve so I asked him to explain it.

“I know on the first day of class every year that 80% of the students in front of me will fail, but if i want to keep my job i have to pass the majority of them.  Since there are little or no students in the middle of the curve, and the remaining 20% being the only actual intelligent students, teaching to anyone but them would be a waste of time seeing as though the F- group will get moved up to a C- anyways.”

Suddenly, there on the bus, it all made sense why when studying abroad –  College seemed so very hard when I started.  In USA, Timmy the retard 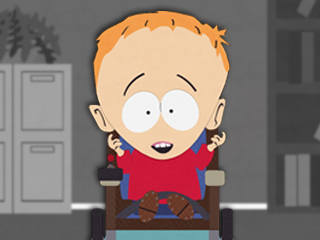 isn’t given a degree, a scalpel, and a patient to operate on.  I can’t tell you how stupid I felt the first month there, i went days without sleep trying to get myself even to the level of my Japanese friends who were also struggling.  I have this desire now despite my age which is telling me i’m too old to keep studying, to go do my Master’s degree abroad.  When i told that to Rob he said back…

“Well then you would finally have something that has more value than second hand toilet paper.”  which offended me because I feel i am intelligent, on par with anyone foreign or domestic.  I worked hard for my degree in both places.  But i think he’s right.  After all, one does need a university degree here to both work at 7-Eleven and at an operating table.  In one case you have an 80% chance of getting the wrong change, in the other case you have an 80% chance of getting a lung mistaken for a kidney …

haha … the other case means your ObamaCare looks pretty good now doesn’t it?  😛

Harvard.  Oh and … first hand toilet paper as well, all too good to pass up.  I’ll get on my camel and ride on over … camels can swim right?  🙂