By the time Wael posts this story and you’re reading it, I’ll be in Milan Italy sipping an espresso from a quaint roadside cafe and marveling at the cute Italian men as they walk by.  Perhaps I’ll let my skirt ride a little too far up my thigh and feign a cute shrug of the shoulders as I play the role of the helpless Thai hottie who knows not a word of Italian when they stop to chat me up.

I have in my hand a notepad with a list of a hundred things I need to do once in Europe ; and yet as I move slowly from one window to the next in my condo peering into the darkness, dreaming of what might be , it seems like a million miles away still.

“We need to make a decision about Ng,” my inner voice reminded me.

The conversation caught me unaware as I was still standing at the window, looking at nothing in the darkness , still pondering what sites to prioritize in Milan.  “Who?” I almost asked out loud.

“Ng, the man you hog tied upon your bed in the other room over an hour ago , you’ll be indicted for negligence if you leave him like that much longer.”

Monstrous size has no intrinsic merit, unless inordinate exsanguination be considered a virtue…#needle#femdom#cbt pic.twitter.com/KdogSFl8T1

My mind wrestles with me , tearing at me with these petty conversations the way a child would pull at his mothers skirt in the supermarket.  But humiliation sessions are like simmering a ham in a slow cooker , a tolerable patience is required to extract the full flavor of the session.  I have neither the time nor the inclination to explain myself to a mind that’s already landed in Europe.

Besides, Ng the twenty seven year old Singaporean practically begged me to treat him with as much disregard as I could muster so I’m only fulfilling his wishes as asked by standing here staring out into the stars over Bangkok.

This need not be a dissertation on the habits and nuances of submissive men but the reader must understand that there are two distinctly different types of men who come to see me as their mistress.  The first is looking for what amounts to a fling on a roller coaster , he seeks a brief high to add to his list of “nifty experiences” , possibly so that if the time comes that his life flashes before his eyes he’ll have a flip through animation book of such memories to justify his life’s meaning. 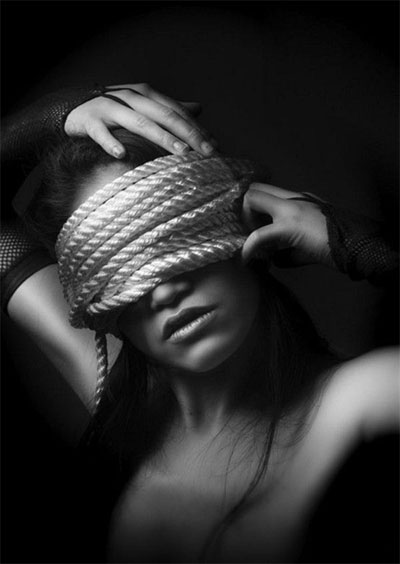 Ng , the man bound and gagged in my bedroom a few feet from where I stand is the very essence of the second type of man who seeks me out.  There are men out there who are genuinely not happy unless they are being used by a mistress in whatever manner she chooses.  I told Ng an hour ago to not spill a single drop of my urine as it passed from my perfect vagina into his puckering lips below and when a splash of my pee landed on my bed his failure begat the punishment of bondage and abandonment that he is currently enduring.

But make no mistake, through the grimaces and panted breath , he is loving every second that I ignore his plight for it is his lot in life.

With my right hand, I find myself scratching the back of my neck, something I always do when wrestling with a difficult decision.  In my last session I had scratched until the skin broke and a trickle of blood oozed down the back of my shiny black latex suit … the one I always wear when conducting a violent ballbusting session.  That man had just regained consciousness and his strict orders were to show him no mercy for the entirety of the two hour kicking session.

I have a certain sense of morality that gets in the way when the situation demands I treat a man like a whimpering mutt.  It is of the utmost importance that I rely upon my knowledge of the needs and desires of such men that want to be used, humiliated and discarded.

Such a need I suppose is equatable to the innate longing of most women to cling to a man who can provide security, shelter and comfort.  Personally, I’d rather die burning in hell than rely upon a man , but I’m of the tiny minority of females who see men as a pitiful species, one that could no more take care of itself than a baby could if left alone in the wild.

Stripped of societies bullshit , the fact remains that a man doesn’t get laid unless the woman chooses him.

The percentage of men who are viable enough to be “chosen” is minute at best ; and thus we are left with the majority – those who will do anything to please me ; regardless of how cruel I would treat them.  If you understand the essence of that thought , then you can understand that when the moment comes that I ask a long time submissive of mine to eat the pudding from my ass , he does so not because of choice , rather , he simply has no alternative.

This being his fifth session with me, Ng in the other room is not nearly broken enough to be asked to dine on pudding , but he is at this point so traumatized by the gorgeousness of my ass that he’ll willingly be left bound without movement until dawn if need be , just to get one moment of me sitting on his face again so he can smell all that is heavenly in the world right atop his nose.

Shall I take this all magnificent ass of mine to Europe and apply my spidery web of seduction outside of Thailand?

“When Alexander saw the breadth of his domain he wept , for there were no more worlds to conquer.”

I surely would conquer Europe.  My ass is easily 1/2 the size of the smallest fittest ass of any mistress in Europe.  However rest assured, I leave soon not to conquer but simply to peruse that territory which will soon be mine.

First things first though , if you’ll excuse me I must attend to Ng who’s been waiting patiently in my bedroom for probably what seems like forever for him.

If I were a normal woman I may truly regret what I’m about to do to him, thus explaining my nails digging into my neck once again as I hold on to these last moments of me being a mistress before enjoying life as a normal girl for the month to come.   However there are nine thousand kilometers between Bangkok and Milan , at 1kg per ounce of regret , that’s a lot of distance I can put between myself and poor Ng before I’m sipping my espresso on a quaint street in Italy.

The breadth of my domain awaits my eyes to see.  Ng can wait, locked in spiked chastity until my return.  Conquerors have no regrets after all.