Like I  said in  yesterday’s blog,  sometimes I just don’t  have anything genuinely sexy to write  about because my mind is fixated  on  some  other random  thought … and that I’ve been  hesitant to write about those  kinds of  things because there needs to be a ratio of  70% – 30% kept of sexy stories to my random thoughts.

So because I’m  adhering to my promise  of Wael or I  posting  a story every single day until covid’s travel restrictions are lifted  … you’re getting a look at what today’s fixation was instead of  reading something hot and sweaty.

I was on the bts skytrain coming back to my  condo  with Mistress Wael at about 6pm this evening and  we were discussing what kind of  video we could shoot since we had actual contact with a foreigner willing to be a slave in our OnlyFans movies.

Then I paused as I suddenly realized that in a packed skytrain car – we were the only ones talking.

The only sound other than  us  talking was the roar of the train as  it  moved  along the tracks and the dopler effect on the ears as we shot past every building.

I stared up and down our car , or  tram or whatever  you call a bts segment of a train.  Every single person was fixated on their phone. All , except Wael and I , were fiddling with their mobile screen.

All were wearing masks.

All the masks were the green surgical masks,  all 101 of them including ours.

And  it got me to thinking.

When I first returned from Sydney some 12 years ago people talked incesently on the bts.  I’m vividly remembering how much it annoyed me my first day back in the city  , just the constant blabbering back and forth about whether grandma had kicked the bucket or not and other trivial conversations.

8 years ago they put a TV monitor in every car (again, don’t know what to call a bts segment) and 1/2 the people would sit and stare at 20 minutes of advertisments on that TV  while the other 1/2 would still chit chat away.

About 6 years ago 1/3 of  the  people were connected  to and  staring at their phones  , 1/3  were  watching advertisments on the tele , and the remaining  1/3 were yapping away with one another.

Starting around 3 years ago , 75% of the people were talking on their phones  … whispering into the mic dangling from  their necks as they pressed  their chins deep into their windpipes like  some new species  of bird.   25%  of the folks still sat and stared at the  adverstisments.   0% of the commuters were having a  face to face conversation.

Last year 100% of the people had mobile phones.   0% were staring at the televison.   Nobody was having a conversation.  50% of the people had chins buried into their windpipes whispering to their boyfriend thru their airpods, and the remaining 50% were playing games  or fiddling with a social app  of some sort. 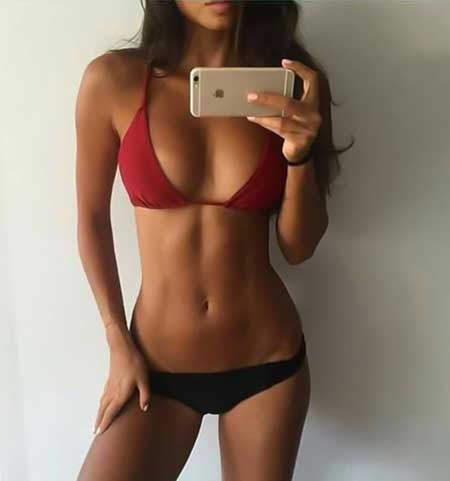 Nobody talks.   No conversations.  No phone calls.   No airpods.  Just pure conformity.

And I remember Elon Musk on Joe Rogan’s podcast saying that next year, 2021 , his NeuraLink company will have their first clinical trials completed and with that the first human – machine interface unit will exist.

When I heard him say that I had a reaction along  the lines of “wow, we’re really not ready for a technological leap like that … to be hooked  up to  our  phones by way of wires in our brain … people won’t go for that.”

Then today, I  had a  totally opposite opinion,  and I was aware of how much my view of the world  and where  it sits has  changed in just one year.

Because I thought about all the change I’ve seen just on the same bts  “car” over  the past decade , and how  humans are just not comminicating like we used to with actual people standing next to us.

My next thought was what I wrote  in  my story  yesterday … that the reason I moved out here to Punnawiti area is that I now believe all the epidimiologists that  I follow on Twitter … that this way  of living  …  social distancing … will be here well into 2022.

But we’re already social distanced.   We’re disconnected more than ever from this world … and more connected to the world in our phones.

I graduated in English from a Thai University 12 years ago , and in my final year I wrote a paper on how we’ve evolved from an oral-aural society to something much less effective.  My professors were morons.  Except one.  A Canadian teaching in my university.

I’m not  going to bore you by regurgitating my paper  back at  you  but  in a nutshell  I was arguing that the way  we  used  to communicate … by gathering around tribal campfires and telling stories as that was the only way information  was passed on  before writing was introduced … so like I’m talking 4,000 years ago  or even before that.  There was a pureness in communicating  like  that, just as  there was a pureness in writing when  it was  first disseminated.

For instance, I got a great kick out  of  the term “send a Raven” (with a note tied to its claw) in Game of Thrones.

This  is the year  everybody suddenly realized how powerful social media and its apps can be.  You don’t dare say a bad word towards any group , anywhere these days.   Social media …  (groupthink) … will tear your life  to shreds if you do.   Which brings me to  Marshall McLuhan.

“the nature of a medium (the channel through which a message is transmitted) is more important than the meaning or content of the message.”

That medium used to be newspapers.

Now it’s apps on our phones.

Once we’re physically connected to our phones en masse… not just visually like I saw today … who knows what that next medium will be.

But I have a feeling … judging by how quickly we’ve interfaced with our phones … that said medium is a year away  , two at most.

And I”m only beginning my 30’s.   I can’t imagine the changes somebody like Wael’s kids – 14 years old will see.

There.   That’s a tiny snapshot into my mind and how it  works  or what it  thinks about.  Posting something hot to my blog is a hell of a lot easier than trying to get you guys to understand my insecurities by way of thought process.

Wael’s posting tomorrow.  I”m posting Saturday … and it’ll be about something not, promise  🙂  Meanwhile, we’re both posting every 6 hours something new to our onlyfans video & photo blog.  Check it out , something there  is sure  to give  you an erection!