Here’s a story to show you how much of a hard ass tough bitch Mistress I am.

You guys always ask me in email why I’m so open with you about how much I dislike living here.  Abhor is a more appropriate word actually , but the answer lays not within me alone but within all Mistress’s of this website both past and present.

To explain I’ll try to encapsulate what happened today as I spent time separately with the original Mistress Jaa and then Mistress Wael and though we are all three different people there is a common thread that runs between us all. 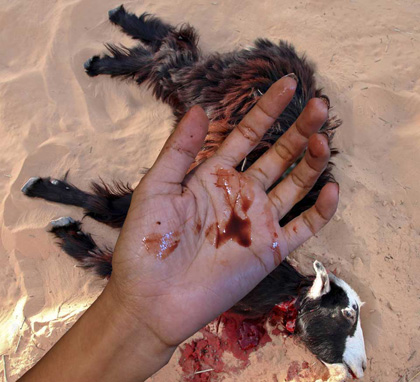 I thought we were having fun tonight Wael and I , we were messing around with Photoshop making it look like I had slaughtered a goat to poke fun at the Indian dude who wanted me to do such a thing in an actual session so this photo was meant both to appease him and poke fun at him on Twitter.   My part of the photo came from me holding a piece of bloody liver in my hand just before cooking it on the bbq which was surrounded by a magnificent spread of food all ready to be chowed down on by me her and Jaa’s son.

We do this frequently , every time I go over there to write and it’s always fun but this time Wael was there in body but not in mind.  I caught on to it right away and when we had time alone I asked her if she wanted to talk about things.

Remarkably, she answered me in English saying “I’m sad and I don’t know why.”  But I knew exactly why , I had just finished talking all day with Jaa about this exact same feeling shared by her and I as well , it’s something we know all too well but that Wael is just learning about.

It boils down to this.  So long as one’s life consists of just two locations home and work , with enough money to eat and travel back to work again , that person can find happiness.  Wael was once a sous-chef at the Intercontinental Hotel making 400 baht (10 euros) a day for her 12 hour shifts , a privileged life she had earned with her University degree in Hospitality and her College degree as a chef.  She loved those she worked with and though the days were long she was happy to have a job that paid twice as much as most other women make here.  Her accommodation was less than modest, a 10 foot by 4 foot rectangle with a toilet and nothing else where she’d sit nibbling on her 5 baht bag of sticky rice dipping it in the spicy sauce it comes with for flavor.  She had no phone or computer at the time , she’d read until sleepy then curl up on the floor beside her fan to repeat it all again the next day.

Come payday she’d calculate her expenses and send whatever was remaining back to her mom in Chiang Rai ensuring the one who had endured even worse hardships to raise her would be able to get by in her old age.  She took out a handful of photographs of her smiling and hugging the rest of the kitchen staff and reminisced about how happy she was back then.

Presently she makes in two afternoon sessions what took her an entire month to earn at her old job.

She first took it upon herself to help her mentally challenged disabled sister to go from a life of begging to using the float money Wael gave her to run a tiny lottery ticket business.  She paid the first two months rent for a safer place for her sister and her daughter to live and upgraded her school.  Next, since her family lives 15km outside of Chiang Rai on a very remote rural rode she made a down payment on an old but usable second hand car so that her mom and dad didn’t have to cycle to the market every day.  She sends money for the car payment, money for her mom , her dad (who beats her mom), her two daughters tuition , and her grandmother every month.

What she’s done is she’s put the entire family on her shoulders, all of whom didn’t have the bare necessities of life until Wael began to provide for them all.

She said to me “I can’t die first” today with a tear in her eye.  “What will happen to them if I die?”

I told her that she’s barely over 35 , it’s not something likely to happen for a long time yet and that she’s doing well.

“Nobody will go to my funeral if I die, I’m so alone” she said next.

Guess who also said that to me today?

Jaa’s life , well , she had it all up on this blog at one time for the world to see , then she took all 700 stories down and chose to recluse her life elsewhere, plagued by the exact same burdens carried by Wael.  One woman financially holding up an entire family isn’t what broke her in the end though, it was the loneliness.

Loneliness caused by having one’s eyes opened to the truth, that we’ve been lied to all our lives.

If I had to guesstimate I’d say

ninety per cent of every woman here lives their life knowing two locations , home and work, until the day they die.  To break out of that rut , like us three have done, requires slicing our own uncut trail far removed from the path trodden upon by all.   Once that’s done, three weights get saddled on one’s shoulders.

First of which is the thought the comes with realizing how little money we were making before which is … just how much money needs to be made to be comfortable in life and how little time there is to accomplish that goal.

The second is the frustration of having to support family members , sometimes all of them , because the previous generation made less than this generation does and have long since stopped earning income in a country with absolutely no old age benefits or company pension plan.

Thirdly, and probably most importantly, is the terrible feeling of being alone.  The three of us Mistress’s are a small sample size of this observation but it’s true for all of us that the more we learn what the world’s really about , the more we want to know at the cost of alienating ourselves even further from the naive around us.

The alienation got to Wael so much last month that she attempted to first go back to being a cook and then even tried to go back to her old job at the Anantara Hotel’s Spa as a masseuse , not to find money but to find friendship.  It was a short-lived return at both places though.  Whether it was the child level workplace conversations or getting paid 500 baht for 12 hours work or perhaps both , she came and asked me to redo her page on this site once she realized what I already knew … you can’t go back.

I came home here to my silent condo and was laying down on the sofa thinking about how I guess in a way I’m a bit luckier than both of them in that I don’t have to support an entire family.  I send money to my mom every month to take care of her even though she’s never one time asked me to do so and I never particularly got along with her growing up, I just do so out of respect.  Growing up was harsh and loveless , village life is solely like that , constantly thinking of survival leaves little room for other emotions, especially something as frivolous as love.

My thoughts carried over to just how much time I spend alone , how much time Wael spends alone and how much time Jaa spent alone.  Is it our destiny to share Jaa’s reclusive life as well in the future , is that where this way of making money inevitably leads?

Right at that moment my phone rang and it was my mom who never calls me, ever.  I picked up and we talked a bit and at some point she asked me if i was ok to which I told her I was doing just fine but she persisted by asking me again.  “Fine” I replied.  There was this long silence and that duration of time felt like we were both universes apart and yet though not once in my life had I ever done so with her I felt for some reason she could sense that I needed to talk to her frankly and emotionally. 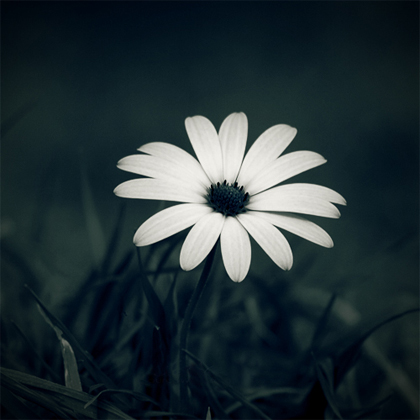 “I’m alone” i told her.  I have too much respect for the hardships she endured in her life , my troubles cannot even account for half of what she survived and to bring up how I’m feeling would seem insignificant to her knowing what she’s gone through.

“I’m tired.”  I paused thinking if I should add more and reluctantly added “I feel alone in this world and that nobody loves me.”  I said it not expecting her to understand or care.  That’s not a mean thing to say it’s just the way it is in our society , especially if you come from the village.  It’s a hard love between parents and their children here , unlike in your western culture the word love is hardly if ever mentioned between mother and child and almost never spoken between father and child.

Again there was this long silence between us.  In my entire life I had never been as candid as I had just been with her, perhaps that took her off her guard for she then replied to me what would be in English this …

“Well I know you are tired because you take care of me, yourself and everyone around you yet you never once came running to me with your problems.  But I want you to know that even if everyone in this world chooses not to love you , I do , I love you.”

…and that, was the first time in my life she told me she loved me.  I broke down and cried.  I don’t need all the fingers on just one of my hands to count the number of times somebody has told me they love me and truly meant it in my life , but of the few times I’ve sincerely heard those words tonight was the one that meant the most to me.  For me, this girl you know as a hard ass tough bitch Mistress had nothing to say back to her , I hung up which is fine because knowing our relationship with one another that was the appropriate thing to do.