The reason you’re gaining weight is because I’m losing it.  Law of Conservation of Matter, it’s gotta go somewhere.

I’m reminded of  back when I was, like, 16 and had moved out of the slum village for over a year and discovered KFC enough times that I had grown a cute tummy.   But when I started losing a bunch of weight, my Gay friend who is still my best shopping partner, legitimately got mad at me because that’s how he thought the Law of Conservation of Matter really worked and he was afraid that since we did everything together, he’d end up “absorbing” some of the weight I was losing. Anyways, I lost about 1/8 of my body weight in the following 6 months or so and was sad I couldn’t lose the other 7/8ths to see if he’d bloat up!

I’ve been moody lately, and I think it mostly has to do with eating not being fun any more. The only food I can consistently eat without feeling like shit afterwards is a variation of Johnny Food (a concoction one of you subs cooked up at my condo and looks the same way going in as it does coming out, but it’s super healthy). Anyways, even with the Johnny Food, I have to eat small portions or I risk getting crampy. So I’m eating small meals of, like 80% fiber and now eating anything bad for me makes me almost instantly ill, and the other 7/8ths is now practically flying off. In no time, I’ll be too frail to get out of bed.

Having been treated to some awesome food in places like Turkey, Japan, Indonesia, New Zealand, the past couple of years and not to mention I have the Peruvian Japanese menu at Above Eleven memorized now that my favorite restaurant is my next door neighbor – I find Thai food to be bleh now.  In fact, unless it’s squid, dead or alive, I won’t eat Thai food.  Sadly, the only thing I know how to cook is Thai food so my options are to either burn down the condo learning how to make American food or spice up the food I cook such that it burns my taste buds to cinders rendering the food taste neutral, kinda like a smelly fart that doesn’t stain my panties – neutral.

As for how I’m feeling with my moods, I was doing pretty good for awhile with the Johnny Food, but then last night I got really crampy in my lower abdomen and ended up having to cancel an afternoon session because I could barely get out of bed. If I lived in a real country like Canada, I would have gone to the emergency room, but instead I played “Let’s see if it’s worse tomorrow.” Thankfully, it got a bit better, but I’m still pretty susceptible to 5 alarm farts and my bowel sounds have been pretty abnormal. I was worried that I might have a bowel obstruction, but I’m pooping and farting like a champ, so I guess everything is still moving appropriately. 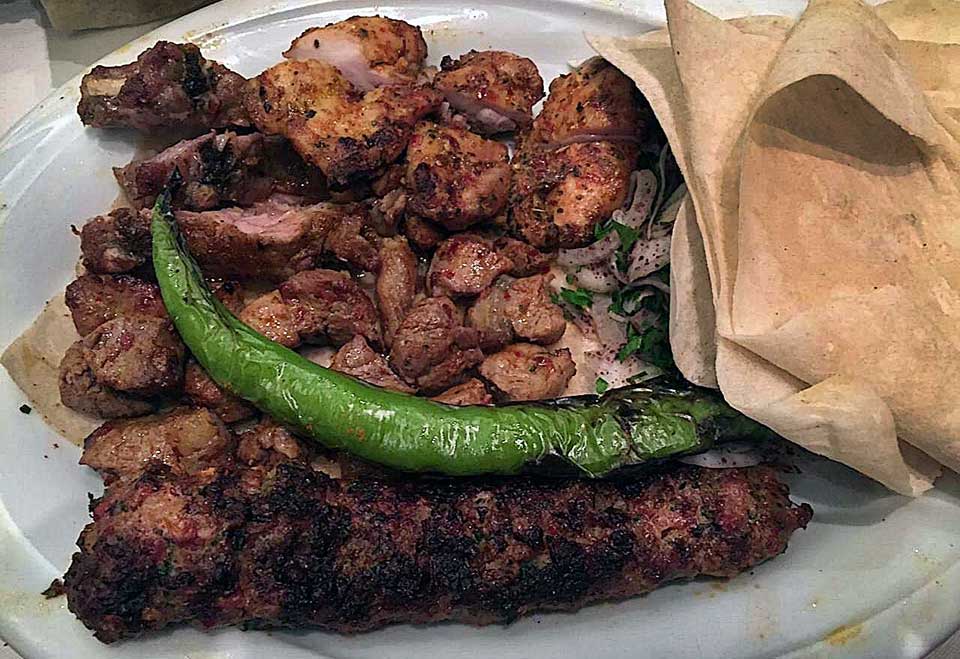 I’m getting pretty sick and tired of being crampy all the time, though.

I need to have some major changes by the end of the month, one way or another. Fuck, I chose this condo because of it’s awesome gym and pool thinking I’d be wearing the exercise machines out every day once I moved in.  Since I never go what I need to do instead is buy a shotgun and a gym membership. I’m going to force myself to spend at least two hours a day at the gym on my days off, even if it’s just walking on a treadmill while watching a movie. I’m basically going to force myself to keep my abdomen active, try to get some endorphins flowing, and see what that does for my mind and body. And if that doesn’t work, well I’ll already have the shotgun. All I’ll need to do is sneak some anticoagulant from the drug store and head on out to the jungle. Even if I miss my “off switch,” I’ll still bleed out well before anyone could get me anywhere near a hospital. But maybe it won’t come to that (but if it does, I am hereby bequeathing the remaining 75% of my anal plugs to all of you).  I’ll keep one for myself as I heard a nasty rumor that we all excrete some shit when we die and I am not going out with brown smears on my g string.

Can you tell yet that my period is knocking on the door?

Seriously though a period is like coming home one day and finding that your spouse has constructed this entire new baby bedroom inside your house and you have to tell them “Sweetie we don’t have a baby” and then your spouse FLIPS THE FUCK OUT like “The FUCK do you mean we don’t have a baby I DID ALL THIS WORK” and then they spend the next week tearing the whole room apart and throwing it out into the street and screaming at you and then finally when the room is completely gutted they calm down and say “It’s okay hon we’ll have a baby next month” and then they start building the room again AND THIS SHIT KEEPS GOING FOR THE REST OF YOUR LIFE UNTIL YOU HIT LIKE 50 AND THEN YOUR SPOUSE LEAVES YOU BUT NOT BEFORE SETTING THE WHOLE HOUSE ON FIRE SO IT’S NEVER THE SAME AGAIN.

My fucking surgical procedure is gonna go down on Tuesday too, right at the peak of the blood Tsunami, so I’ll be both sore and sticky when I wake up.  Which of you wants to be bedside when I wake up to experience that upcoming mood?

Seriously this must be what it feels like just before one turns into a zombie.  So while I’m still of sane mind, I’ve been trying to quickly write about the sounding session I had and coming up with a good opener for the story has been difficult.  The only thing that popped to mind for “sounding” (warning: mixing metal tubes and your dick while i’m on a period may be hazardous) is “Drilling for oil? More like drilling your boy-hole” and I don’t think that’s funny enough so, hmm. Ok, a runner up just popped into mind: “Sticking a tube in urethra? Better urethra than my-rethra” *badoom ching* This is like comedy gold. Are you writing this down?

So ya, 20th to the 27th next week I’m not doing sessions on account that I’ll be chained to a hospital gurney.  That’s the crux of this whole babbling post.  So as I lose the last 7/8ths of myself next week and you all get fat , well now you know why.

(down and out :  the answer to last weeks blog poll)

One Response to Law of Conservation of Matter