As I was going to St.Ives , I met only men that were full of lies.

Every lie had seven stacks

Every stack had 0 facts

Every fact had a funny act

Every act had shifty eyes

Stacks, facts, acts and eyes, what per cent of men were full of lies? 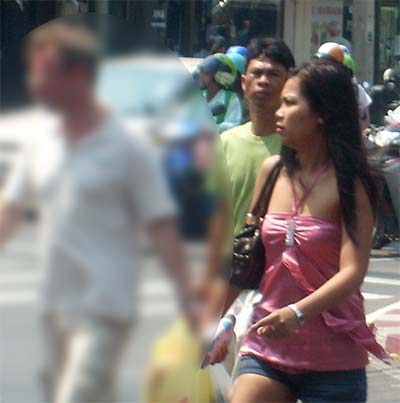 “Mistress, I have no idea what you’re talking about, as I told you before I had to cancel our session because our business meeting was changed at the last minute and I instead had to fly to Dubai where I spent three awfully hot days in the sweltering heat.  Believe me, I would MUCH rather of spent my time with you.”

Me: Oh, then this was your twin brother walking down my soi yesterday with his whore in hand , I see.

Or, “Sorry mistress, there’s been a sudden death in the family , I must return to India immediately so my apologies I cannot see you again this evening.”

“Ah that’s ok, that’s the 153rd dead grandmother I’ve inadvertently cursed to death this year.  My magic is indeed far reaching, but then again, I was gifted by being born under the Constellation of Femdomali which gave me a +5 to Intelligence at birth , so hexing grandma’s to the netherworld are but a drop in the bucket for me magic-wise.  Enjoy your trip.”

What else?  Ah this guy, who told me he owns a large business in Toronto and that I’m welcome to fly around the world with him as his business demands he travel far and often.  Of course there’s this thing called , um , what’s it called again … ah yes, Google.  So a quick search of his name gave me his Facebook , and scrolling down  through his photos and posts uncovered his significant other, then a bit more digging uncovered a photo at a photocopy shop where lo and behold a guy looking an awful lot like Mr International Conglomerate CEO slaving over a photocopy machine.  Ya, the dude has a shop as big as my bathroom at the corner of Lawrence and some other rinky dink street.  Perhaps his international travels take him to the furthest reaches of the earth in search of ink?  Methinks.

Mistress what’s your point in all of this?

Point is dear readers, that men are born with a bullshit gene that multiplies horribly out of control with age and slowly but surely they become quite the common thing on this planet : Men Without Substance.

So by that definition, substance can therefore be defined as simply a man who can tell the truth?  Well, not exactly.

There’s truly a lot of shallow men who speak only true thoughts as well.

I don’t exactly know how to define a man with substance , but I can tell you this , I know him when I see him.

I’ve come across two such men recently , one I met in person and one I sat and listened to on YouTube with awe.

Mistress … um , well I should say Mistress Wael – but since she’s been liberated from her three years in bankruptcy has gone and officially changed her name in real life – to Tia as her nickname and then completely changed her name and surname on her ID to wash away the remnants of who she once was.  Anyways, as the story goes, Mistress ‘Tia’ (sounds strange still to me) asked me to translate a YouTube video for her this week as the English was over her head but she needed to be conversant on what was going on in the video because one of her slave’s had sent her the link.

So last Friday afternoon I found myself at her condo trying to convey what these two gentlemen were discussing in the video link that was sent to her , and it started out as a nightmarish thing for me as I have no interest in any talk about fighting.  I did my two years of Muay Thai , daily , but I did it for the fitness and not for the love of the sport.  In reality, Wael only does Jiu Jitsu to make her Female Domination Wrestling sessions quite real , she doesn’t really need to dwell further into the sport by listening to conversations sent to her , but I totally get the respect she wants to show her loyal fan by watching the link he sent.

Bored out of my mind I started to loosely translate what the New Zealander was talking about , but then as time went on I found myself listening more and more intently.  Half because the man spoke at a whisper level , but half because each word had purpose.  In layman’s terms, this guy knows his shit, like nobody else in the world.

This five minute analysis of his student in a fight with a much older , much more experienced , much more decorated Jiu Jitsu fighter – and how his student dismantled and demoralized the man like a wolf stalking a chicken – is fascinating.

I don’t know a thing about the sport.  What I can tell you from watching those five minutes is that this guy is a Man of Substance.

Everything he says comes from a well of knowledge so deep.  Our planet would do well to have 50% less of men who shoot the shit with nothing consequential to say, and 50% more of men like him.  Not Jiu Jitsu men specifically, just men of substance , men as knowledgeable and reputable on whatever it is they excelled at.  Geez I’d like to meet a man like that, just once.

The very next day I had a dual session with Wael / Tia , whatever , and our visitor was a man who prided himself that his dick could not be hurt in any way shape or form , that he simply does not acknowledge pain and wanted us to test him on his resolve.

Being a Tease & Denial mistress it’s not often we get requests for abusive pain , in fact, it’s quite a rare thing.  Oh but many men like to brag and boast about their mental and physical resolve.  It’s just that few follow through.

Emails asking for ball busting sessions are pretty much laughed at by me and I reply with all kinds of snarky humor because I know the dude isn’t going to follow through on his request.

In fact the only other type of email that I take more liberties with are those who haven’t bothered to write more than 5 words in their request.

But that’s just me being mean , in the ballbusting replies I’m simply “unbelieving” and my tone of reply is very much a ‘show me’ type of response.

Gotta admit, this guy’s soul was made of iron.

We drilled holes in his dick …. not a peep.

We spanked it , flogged it , kicked it , stepped on it, trampled it … not even a sound of complaint.

But then we waxed it …

… and it wasn’t so much the wax that tested his resolve , but rather the lighter that was heating his balls like a Bunsen burner that was discomforting to him.

At first there was a squeal that was contained deep inside his throat , and then a growl from the same depths … sounding much like a bear awaking from hibernation at the depth of his cave.

I’m not sure how he thought making himself go cross-eyed added to his power , surely if there was any truth to mother’s tales of one’s eyes getting stuck in such a position would have held true , for in this case his eyes were so well crossed that they may very well have exchanged sides for a moment of time.

And yet, for two hours, all we got out of him was that stifled roar.  Truly a man of substance for his actions backed his words.

Now he might not be able to heel hook anyone anytime soon , but I guarantee you there is nothing, absolutely nothing – his wife can threaten him with regarding that area of the body.