Men cheat for the same reason a dog lick’s his balls, because they can.  On the other hand, us girls are sexually manipulative you might say and I would agree.  However, i’m only like that because you force me to be.  I started this year with many potential boyfriends in the stable and i’ve spent the first two months of the year finding their hidden agendas, unmasking their games, and revealing their true selves …leaving the stable empty once again.

“Life is Full of Fake People” titles my Line, but this game of exposing men for their lack of chivalry is … well … i’m bored of it.

Because whereas you like to ride into battle naked atop your horse thinking your words and actions all pompous like with lack of wit will keep me under your control, you fail to realize that i ride into battle with not only armor shield and sword, but also preparation at my back.

Preparation in the form of research, study of my adversary, and a course of action.   So since i’m not likely to marry any of you guys as I can neither foresee someone wanting to marry a popular mistress nor someone with the financial stature i’m looking for to entice me to stop and go abroad, i’m therefore going to disclose to you some of my secrets, three to be exact.

I’ve checked every book written on power words to see if mine is included and in each case they’ve witlessly failed to include the most powerful word i know in the English language.  The word “really?” when delivered with a tone of voice as to suggest that what you are talking about is clearly over my head is ever so powerful.  I’ve had men caught in lies so many times, lies that they are beyond certain i can never find out about.  The power in that moment is undeniable, made only stronger by the power to dismiss it and feign ignorance instead.

Beyond the moment of pity that I have for the guy caught in the lie is the river of sorrow i have to cross when I will soon cut him from my life.  Even for a girl with a Mistress personality like me, it’s a hard thing to do that leaves me in tears.  Not so much crying for the lost relationship, but crying for the mounting loss of faith in the male race as a whole.  At the moment that i swing the axe and let him know i’m severing relations, it’s an instant cut of all ties and communication forever that is painful to do always.  It’s the moment that i’m the weakest, but to them, it’s the moment that I appear to be the strongest.

The enemy is not the man i’m dating, but his girl’s of acquaintance, present and past, of whom I must know wholly and fully.  The man reacts to desire, he is laughably predictable in that way.  But while the man being the predator that he is can perfectly cover his footprints of deviance and deceit, it’s his prey that reacts wildly and carelessly and therein lies his demise.  Meaning, he can sweep up her hairs in the bedroom, password protect his phone, dry clean his clothes, plan his dates wisely, plan his excuses even more so but he will never be safe.  Because i’m not studying him, i’m studying her. 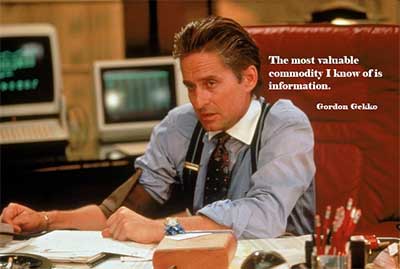 The battleground used to be tilted in favor of the man.  Information, unless I knew all his girls personally was hard to come by 10 years ago.  Then while in Australia I learned about the most catastrophic of men’s weakness’s, social media.  Not by his doing, by the compulsive desire of my female kin to wantonly show off their every move online in regards to their man.  You know, i’m gonna let you in on a little girls secret.  The ability to have several Facebook accounts is more powerful than the ability to have several passports.  That’s due to the fact that a passport can get me into a country whereas a second Facebook account can get me into people’s lives … especially other girls lives.

In the race to define popularity by how many Facebook friends one has it’s shockingly easy to get accepted into the private world of all my enemy’s.  That’s akin to being in the opposing General’s tent and peering over his shoulder while he plans his every move.  The most valuable commodity i know of is information, with it there are no defeats.

“The greatest victory is that which requires no battle.” ― Sun Tzu, The Art of War

In a world where the ability to conspire, deceive and cover up is fading like the last flickers of twilight thanks to the internet, there exists if one is sneaky enough to use it the ability to apply that reality to relationships.  However its sad that relationships have to be looked at like war, they shouldn’t.  There should be no battle.  I shouldn’t be an option for a guy, I should be his princess.  Love should be able to exist between two individuals, and yet it rarely does.  The only true love in the world is that found in family and to a dog.  Knowing that, it only makes sense that when considering a relationship i need to have won first, and then gone to battle.  That is the only way to ensure there is no battle in the first place.

Maybe the more healthy solution is to not engage at all.  I am not a nation, but the principle still applies …

“There is no instance of a nation benefitting from prolonged warfare.” ― Sun Tzu, The Art of War

I wonder what Sun Tzu would have written about social media?  I think he would abstain from using it.  I think that’s the guy i want to date next.