Could I shit in 2 slave’s mouths in the same evening … given that I have problems shtting even once every 2-3 days?

So we found a clever way to describe the crazy evening I had yesterday.  I will add at the end my notes about special things that happened but I couldn’t say on onlyfans’s shitty website.   Here’s the story of what happened :

You had to see it to believe it I guess.  Yesterday I tried to reach for the moon.  And I hit Uranus.  Or maybe I should say Myanus.

Remember … I have to dance around the topic when I say this into my phone.  So you need to be clever.

No, the problem comes when I have to feed both horses the same day.  Like I tried to do yesterday.

I started thinking that the only way this would be possible is if for a day and a half before I started ramping up how much I ate.  I even made a chart and added notes to it on my phone’s calendar.

I ordered the huge 800 baht bucket of chickens from KFC.  I say chickens because in the bucket are nuggets , wings , popcorn pieces and 16 crispy regular size chicken pieces like the breast.

Now , I live alone.  The condo staff here knows I live alone.  I didn’t want to go down to the lobby by myself and have the condo staff see me carrying up this bucket of chicken that was seriously 1/2 the size of my body.  So I invited Mistress Jaa over.  She had to come over anyways because we had some things to discuss.

At one sitting I maybe eat at the most 2 pieces of chicken.  I usually go for the crispy wing x 2 as that is my favorite.  But this time with Mistress Jaa I only ate 1 piece.  Oh, in the early morning I ate 2 cheap custard cakes that come in a box.  They were awful.  So it was my 2nd time eating.

Ok telling you what I ate is boring.  Let me just let you do the math.  In 24 hours from when Jaa left at 4pm I made sure I ate 16 huge pieces of chicken because I told them to pack mostly chicken breasts , I think it was 24 nuggets , 12 wings , about 100 popcorn pieces of chicken , the huge bowl of mashed potatoes and gravy they give you and the coleslaw.

My issue was that when I was sitting there not wanting at all to eat the last few nuggets on the 24th hour I knew I had to eat them because my stomach wasn’t moving.

Oh it was moving outwards … I started looking like I was 3 months pregnant.  But nothing was moving vertically.

I called Jaa and asked her what to do.  She suggested she come over again and we work out together.  That would get things moving.  Only, it was so hard to move in the gym.  I felt so disgusted.  Like a buffalo trying to walk through mud.

We hit the treadmill.  She had me do burpees endlessly.  I did squats.  Deadlifts.  Sit-throughs.  Sit ups.  Pulldowns.  Nothing was working.  I even felt my stomach get fatter.

6pm.  Time to leave my condo.  I kept thinking “don’t worry, my body will be ready to move the chicken when I get to my slave’s place.”

What I did was … I sat on my slave’s face and made him try and suck like a … I don’t know , what sucks with all its might?  An octopus maybe?  Ok … suck like an octopus.  And so he did.  For almost four hours.

The well was dry however.  Let’s call it the Well of Chicken.  The Well of Chicken had run dry.  But don’t get too attached to that name because it’s going to change from a Well to something else very soon.

My slave , instead of being mad or disappointed , felt sorry for me.  Why?  Because I was greener than Marvel’s  She-Hulk.  I wanted to throw up.  I couldn’t.  I wanted to empty the well.  I couldn’t.  And my stomach felt like an alien was going to pop out of me.  Not the baby Alien either like you saw in the movie … the adult alien.

The slave gave me pepto-bismol.  Didn’t help.  Still felt like I was getting worse every second.

At 10pm I told him I had to leave.  He said no problem , he would be a good horse when he flew back.

But now it was time to go feed my second horse.  Way way way up at the airport.  That’s like an hour away.  My fear was … what do I do if the chicken wants to come out while I am in the taxi for an hour?

So just in case, I went to 7Eleven and bought 2 rolls of paper towel.  Called the taxi.  And prayed.

My prayers worked.  I arrived at the Airport Novotel just before midnight.

And again for 2 hours I had a second horse-octopus suck for chicken while I sat on his face.  Nothing.

He had to leave at 6am to catch his 8am plane.  So I asked him if I could sleep over.  I didn’t have the energy to take the taxi back.  I honestly thought I might pass out in the taxi.  That’s how awful I felt.  Luckily he let me stay.

Because at 4:44 am The Well of Chicken turned into the Active Volcano of Chicken.

I sat up so fast.  I was not groggy.  I was not sleepy-eyed.  I woke up like somebody sitting up from a nightmare.  My slave sat up beside me and put his hand on my shoulder saying “are you ok?”

I reached over and grabbed his hair roughly.  Then I looked at him.  And said: “Now.  Right now.  Go.”

I want to finish this story for you so you can see it in your brain like its the end of a horror movie. 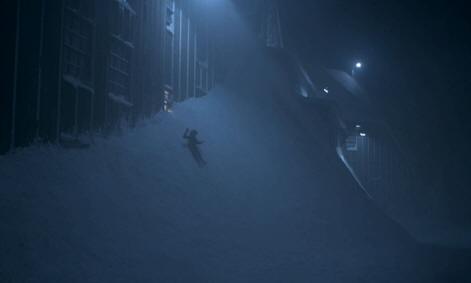 The camera starts off in the bathroom in my movie.  You see a slave laying on the floor.  Then you see a Mistress … like she is the rabbit in Alice in Wonderland hurrying because “she is out of time” and quickly sits down hard on his face.

The camera begins to pull back.  Slowly.  You hear the sound of the girl’s stomach rumbling and it has the sound of those machines in Tom Cruise’s movie War of the Worlds when the machines are stirring below the city road.

The camera begins to pull back quickly now.  Just like when the machines break through the road causing an explosion … you hear a fart that has the same explosion sound.  You hear the slave try to scream but because my ass is smothering him you cannot hear how loud he is complaining.

The camera is outside the window now and zooming out so you start to see a bit of the hotel … and you hear another muffled scream.  But the scream is silenced. 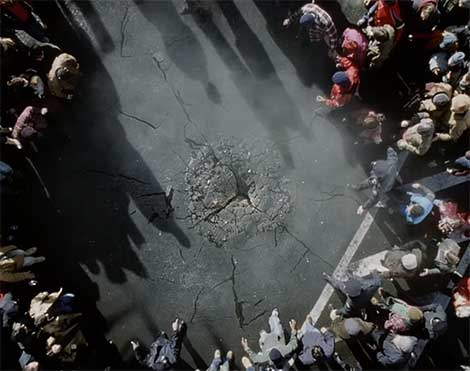 And each time a machine explodes out the slave makes a horrific sound.  A sound like he has had enough of this horror movie but in fact it is the longest ending scene ever in a horror movie.

My camera has pulled away so far now that you see the whole hotel from The Shining and just the yellow light in the window in the distance … and the shadow of a Mistress sitting on a slave who is kicking and flailing with his hands , gasping and shrieking.

The movie fades to black.

But just like in the movies the slave survived.  Somehow.  And it must have been from his seat in the airplane that he texted me because it was at 11am that I got this message from him:

“This flight is like a dream, I’m sitting here and the only thought in my mind is what happened to me last night.  Rest assured my Mistress, I will be on the first flight back to see you and experience that again.  There is no better Mistress in the world , of that I am now certain.”

I guess my movie will have a sequel after all.  lol