Emo was a lower class woman from the poverty stricken village living on an income that made her ration the spoons of rice she could feed herself with each day.  That being said, she was happy with her lot in life, and after crunching down on a handful of fried crickets she and her mom had dug up by hand a few hours earlier she lit a candle and read herself to sleep under the sloped tin roof of her open air shack.

“Have you seen the numbers child?” her mom said nudging on her shoulder as the first embers of sunlight flickered through the midnight blue sky.

The lump in Emo’s throat thumped hard as it dropped suddenly to the lower bowels of her intestine putting a sudden pressure of stress square on her abdomen.  “Have you checked?” she said squinting at her mother through one half opened eye.

“No but the newspapers are in front of the store already, shall we look?”

“No” she thought but Emo dragged herself to her knees anyway and began fumbling with her right hand under the soggy mattress while her left hand rubbed clarity back into her eyes.  “I can’t read it mom, the numbers are wet and smudged” she said holding the lottery ticket in her hand which looked very much the way a wet tissue would floating at the top of a toilet bowl.

“4945050” her mom said as she took the wet ticket, folded it unnecessarily, and tucked it into the strap of her bra.

“Ok let’s go look.” and they scurried out of the shack down the pitch black dirt trail that led to the village store.

Emo had faith that she would never win the lottery but her mother did.  Mom would go search the woods out back of their hut for hours looking for any sign of numbers from a deity that would 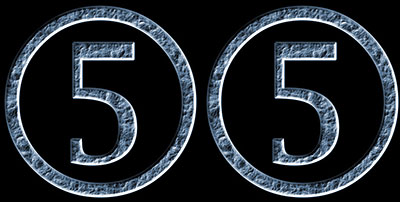 guide her to choose the winning ticket.  Always she would come back with a piece of bamboo whose roots would somehow in her eye make out the number 331 or as was the case this past week, a symmetrical like stone that perhaps was curved enough to make an outline of the number 5 on the left and what could be the right half of a 0.  Her mother had spent days on end searching vendor after vendor for a number sequence ending in 5050, all the while holding her prized rock over the tickets as she scanned for the numbers 5-0-5-0.  Whether the numbers would be the same numbers picked were almost irrelevant at this point as the photo she uploaded to her Facebook page had acquired over 13,000 likes in the past few days leading upto the lottery.  The most likes she had ever gotten before was 4,000 the time she uploaded two plops of pig dung that had fallen from the swine’s ass and landed in a 169 pattern.

“Oh God” her mom gasped making the sound one would make with a dying breath.  “It was a sign” she said with a voice of hollow disbelief.

“Is it really”? Emo managed to say suddenly holding back tears and standing with a gaping mouth, her hands maternally sliding down to cup her tummy under her navel.

It was true.  The numbers in the top corner of the newspaper coincided exactly with the numbers on the soggy lottery ticket but rather than react in any manner that exuded excitement she let the ticket slip through her fingers and fall to the ground as she took a jerking step away from it the way a kid would jump away having stumbled upon a field of prickly plants.

“No, no I won’t do it, I won’t.  I just … won’t” Emo sobbed.  She was immediately snapped out of her sorrow by the smack of her mother’s hand across her right cheek.  The poverty, the hunger, the sleeping under a leaky makeshift tilted roof, the many holed running shoes, she was happy with it all for she was three years away from finishing school and then in her dreams 3 more years away from university which ultimately would be her proper lottery ticket out of the village.  Not this sham, this mockery of freedom, an authoritarian devised lottery “gifting” the female winner the right to give birth.  Horror filled her eyes as she saw curious faces poking out through the dawn lit windows attracted by the commotion her mother was making.  “They’ve heard, oh for fuck sakes the whole village will know in a matter of minutes now” she thought.

“The monkeys will be lining themselves up around the block to be the one to get me pregnant” she considered and then winced at the thought of such a sight.  More pictures came flying into her imagination, each more disgusting and vile than the one prior.  She envisioned herself in a few years time at 18 years old with a baby in each arm and one at her foot.  The way it had always been in the village for any girl once she had bled.  But that was before the lottery.  The lottery was freedom, it was a shield, as any man impregnating a non lottery winner would be put in chastity or castrated.  For Emo the new law was a guaranteed lottery ticket to freedom, to wealth, to opportunity.

“It’s a good thing sweetheart, you must embrace it, you are chosen for a reason.” her mom said holding the rock up high to the sky.

“Because you found a fucking rock is that why?  Is that your reason?  Fuck you.  Fuck you I was free.  I was free.” she shrieked and hung onto the last vowels of the word free until the air ran completely from her lungs after which she sunk to her knees as it began to rain. 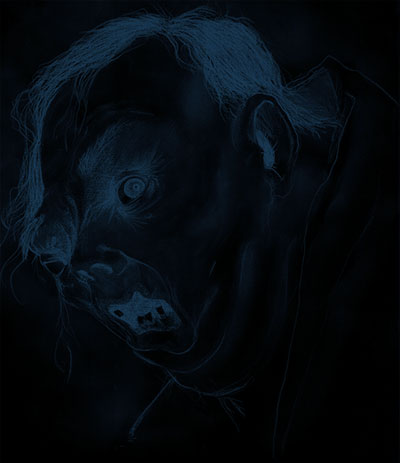 Men started out of their shacks for houses shuffling towards the ruckus making a growing circle of peering eyes at the two.  Her mom, realizing the danger, reached down to pull her young daughter up from the ground but as she did so she was shaken off as Emo rolled her shoulder away and curled her back towards her mom in a Quasimodo type of stance.  It was then that she too noticed the growing throng of onlookers all whispering among themselves as they looked at Emo and the limp lottery ticket still laying on the ground at her feet.

“You” Emo said, pointing a finger at no one in particular, but addressing all at the same time.

“You would begrudge me every last bit of happiness” she hissed accusingly.  Yet the crowd ventured forward, the circle around her and her mother tightening with every shuffle of the mob.  It made no matter that the majority of the men were either already eunuchs or were permanently locked in their chastity cages, for the few who weren’t would be enough to fill her with endless seed in a matter of moments.

Emo reached down and snatched the ticket up in her fingers, holding it out for them all to see.  Once the crowd saw the lottery ticket being held in the air a murmur of frenzied excitement shuddered through them.

“The lottery ticket is hers, NOT MINE” she screamed at the top of her lungs while turning and stuffing it down the front of her mothers shirt tearing it in the process.

Then, stepping backward away from her mom she whispered the words “I’m sorry” repeatedly through a stream of tears as her mom was hoisted into the air and the rock she had been clinging to dropped harmlessly to the ground.