I’ve  wanted ,  with  everything  in my heart  and  soul  as  a Mistress , to take not just one man (like original Jaa did) but take many so far down the rabbit hole of submission that their  old life becomes inconsequential and this life –  serving me, becomes the only thing  that  has  meaning.

You see , I  have  this vision that female domination –  when working in tandem with the existential properties that submission brings to the table –  can produce that same blurred reality.

A  reality where serving one’s Mistress is better than the real world  reality a man needs to pay heed to.

I saw it  in  the movie “My Mistress” where the kid’s concept of who  he wants to be is consumed  by  serving the much  older  and rich Mistress next door. 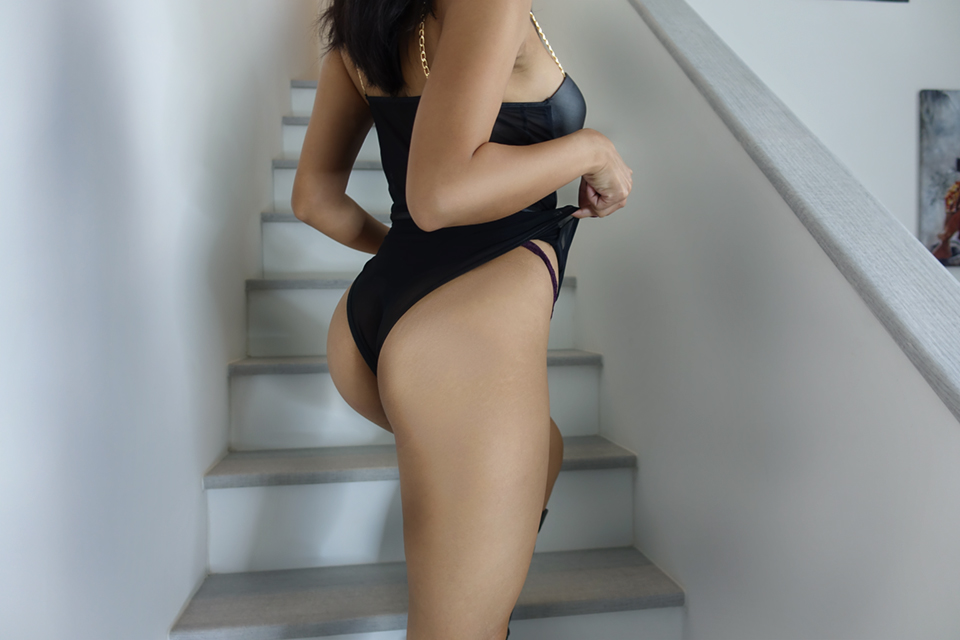 Pre-covid ,  I  was getting the most  pleasure out of my “Mistress as a Girlfriend” European trips where I was showing men in 1 or 2 week samples,  just what their world would be like serving me  24/7.

Marriage  has  constraits,  rules,  conditions,  and really to  me  doesn’t  look like a  whole lot  of  fun.

A mistress  /  submissive relationship can be transcending.

I  know  that  now because now  that we’re in this strange covid time , yes  the  European sessions have stopped but it’s allowed me and Wael to further explore our two year relationship with two submissive men. 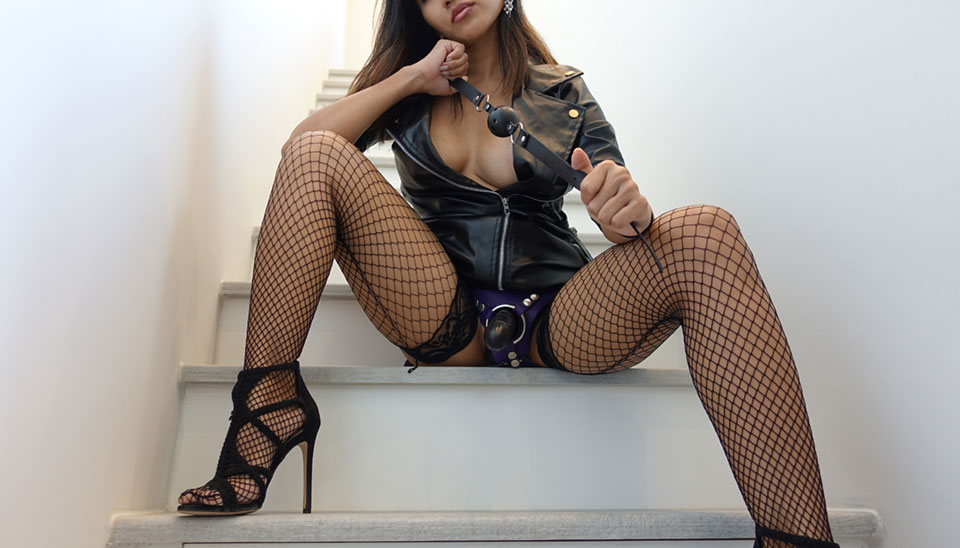 For  instance, guy#1  , until yesterday  he hadn’t  been  allowed  to  orgasm since November of last year.

He never knows ahead of time whether he’ll sleep at  the  foot  of  my  bed,  or be sent home.   He’s unsure whether he’ll be punished or  rewarded ,  and he’s spent  the  better  part  of a  year apprenticing ,  learning how to both stay out of  our  way  and yet be a useful slave at  the same time.

The man is allowed to speak only when  spoken to  ,  he’s not allowed eye contact unless requested ,  or  if he’s willing  to accept the consequences of doing so.

Now,  I don’t do such trivial things that often.   I  mean,  I will  on occasion ,  but  my goal  isn’t  to  interrupt  his  life,  my goal is put in timely requests that can be  easily fulfilled by  him ,  each  one cementing his role as my permanent pet. 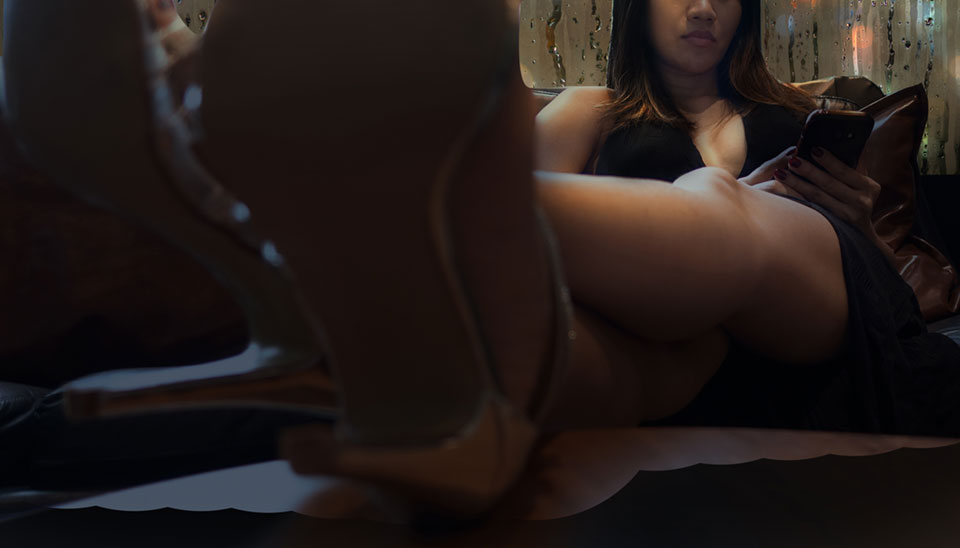 Yesterday ,  for  the first time since he began serving  us, he got his cock played with by us on camera as  we were shooting  for  our  OnlyFans blog ,  a Tease & Denial video that’ll no doubt go viral.

One year  .. he finally got  his dick played with by me.   All  he’s  done in that time is serve me  , and on occasion Mistress Wael  also.

A normal man would consider that scenario outrageous ,  and protest as to the slave’s stupidity to allow such denial.

Our full time slave who was allowed to order (and  pay) for our dinner … when permitted to speak  … said  “he feels like a kid in school again,  pursuing the first girl he ever had a crush  on with the same intense feelings and that his life has never been so fun.”

Our second full time slave is just a beginner.  He’s the last one I visited in Europe.  The one I made carry my backpack as well as his when we went mountain climbing.

The one I dragged skydiving.  The one who I made carry me over a glacier all afternoon in Norway.

He’s the  one who constantly says  “you want to do What???” when I visit him in Europe.

I want to experience life , and I want to bring men (plural) along for the ride,  making  them realize in the process that serving me as they too  experience life – that there is no going back to their normal life. 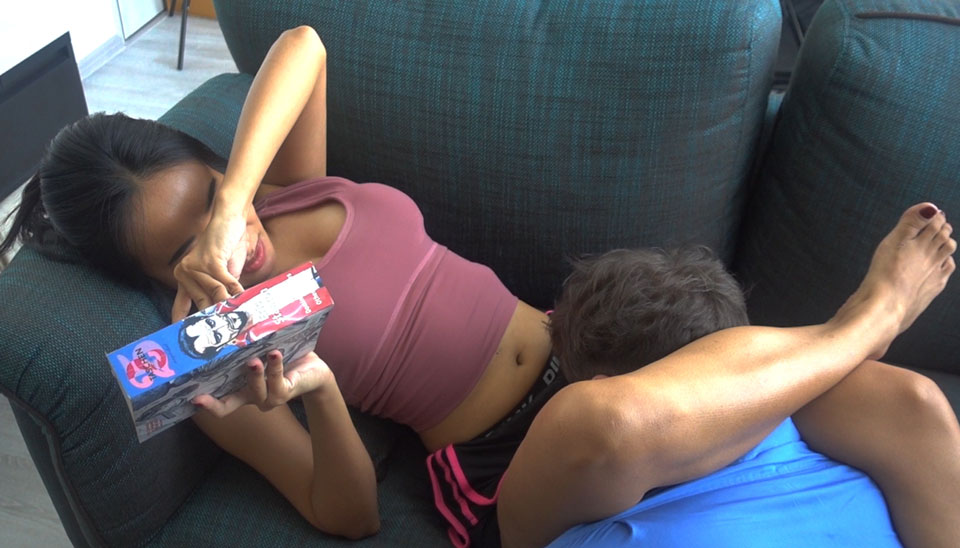 Here’s the kicker,  I  want to bring guys that  deep  ,  on my own expense not yours.

For a guy to truly be able to give  up everything  in  his life for  me,  he’d  have to also be able to get rid of his hangup on making money.  That would be true freedom.

Money unfortunately,  is the fucking thing that keeps us all tethered to this ball and chain way of life , one that we so desperately want a reprieve from.

Financial domination girls are all  about calling guys wimps, losers, pathetic creatures and demanding money be thrown at them.

Or  maybe not.   Maybe, just maybe my idea  to combine this blog with my MUCH more intimate OnlyFans blog isn’t just a one month wonder …  having accumulated  135 subscribers in just 30 days.

I’d be lying if I  told you I  havn’t done countless projections of revenue based on various rates of subscriber accumulation  (without loss , see my pipe dream comment above lol) and thought that it  might be possible to put  my  24/7 dream into action sooner rather than later.

Maybe this whole power driven dream of mine is something that I’m on a road to accomplish before the stars and universe take me?

I always think  this  world  can be better than it is.   Do you agree?  As a submissive guy reading this,  don’t  you think there is this utopian like state out there of serving a Mistress  – preferably me  :p –  that would make  you wish every year  was  like Bill Murray’s movie Groundhog Day?

Except  in  his movie he used repeated events  to  try and break free of the endless  cycle ,  but you’d be using the never ending repetiton to instead improve  your devotion to me?