“Fix it , fix it , fix it” he kept yelling at me while I just stared in awe at the scene that lay before me on my condo floor.  Ya , a scene , a real fucking scene like right out of a Quentin Tarantino wet dream.

He didn’t want Tease & Denial , he wasn’t into CBT , and had no interest in being seduced.  Nope, he wanted to drive a train through a mouse hole , or more particularly – he wanted ME to drive a train through a mouse hole.  “Destroy me” he said as soon as he walked into the foyer downstairs at my condo and before he could reach into his little blue side purse I guess you’d call it , I told him “if you dare pull anything out here – you’re eating it.”

Who introduces themselves like that?  See this is why I censor a good 70% of my sessions and select only the ones that seem fun and challenging – because there are a lot of guys who are delusional about how life actual works for us normal individuals who make up the vast majority of the population.  But some slip through the cracks.

“I’ve been running all week to lose weight” he said to me three emails ago.  Fuck really?  The only thing that could make this guy run is an old school Mr.Softee Ice Cream truck.  Guys this fat don’t run, they’re tiger food.

Speaking of tiger food, what’s up with Chinese dudes getting eaten by tigers lately?

Hey I’m not one of those morbid freaks who looks up animal killings on YouTube while masturbating into a sock – mainly because I’d have to have a dick to do that – but also because I know the vast majority of the world population is borderline retarded , I don’t need videos to confirm it.  However, after seeing how rich the guy got from selling a replica Harambe Cheetoh chip on Ebay , I figured there’d be equal sympathy for the tigers that got shot in the video above.  I bought 500 bags of the Thai equivalent for Cheetoh’s and am hoping to find a chip that remotely looks like a tiger.

so, that just happened … #Harambe pic.twitter.com/AVzKVp1t3S

Anyways , getting back to the Orca guy , I blame myself for picturing a moderately overweight guy jogging a few km’s a day and spending the afternoon in the sauna to look 10kg’s lighter than he’d normally be – it happens all the time.

What I actually thought in the elevator ride up to my condo was that with all my time lately devoted to learning German 6 hours a day there’s been little time for my Muay Thai let alone any gym session.  Banging a guy in the ass is a hell of a workout , especially if I can find a guy who can take a good pounding for over 30 minutes , it’s the ultimate upper leg workout.  So since there was 0% attraction going on , I admit that I committed to following through with the session for fitness reasons only.  Bad eh?

Normally if I see a guy has misrepresented himself when I see him in the lobby I send him right back to the taxi he pulled up in.  Last week I had an 87 year old dude pull up , he never made it out of the taxi.  Guy had told me he was early 50’s – in dog years I guess.  Two weeks ago,  or errr … every week I pretty much send an Indian guy home , because they always introduce themselves as Jonathan Clay from London or some similar anglophone upbringing.

Hey my name is cute for a Thai name , but I don’t go around introducing myself on Line as “Saanvi Bhatia from Nicaragua” .. so ya, anyone doing the same gets booted back to the taxi from whence they came.

“I’m not gonna go commando in another man’s fatigues.” was my reply. 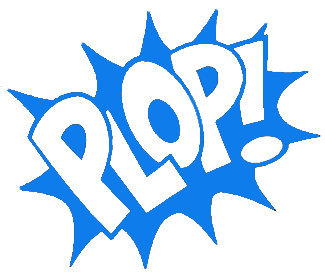 Now anybody who’s been drilled by me knows that my secret lube has so much viscosity that you only feel the action and not the friction, agree?  Well not this time.  Pulling the thing out after full insertion was akin to trying to pull your foot out of a peanut butter jar (cuz that analogy happens often right?) .

Every time i withdrew there was a disgusting “plop” sound, I’m talking 60’s Batman and Robin type of “plop”.

Should have stopped at the 10th or even the 11th plop.

Needless to say – I wasn’t wise enough – or more to the point – I wasn’t aware of the consequences by continuing to drill for oil.  The plop was summarily replaced by a “blurp” and suddenly not a second later – “mama , papa, get the fennel , we’re having inverted sausage tonight.”

I’m not gonna describe it.  No search + rescue team could have saved that ass.  So him clutching behind his ass while screaming at me to fix it was met with my fingers on my chin shaking my head saying to myself “ya in the realm of being fixable, this is a good solid 0.”

So I’m typing this now some few hours after the fact because it took me 6 shots of vodka , 3 oz’s of willpower , an a pinch of restraint to not lose my mind trying to clean up the mess left behind.  Measuring by how much I’m ready to blow up right now , I’d say I’m right there with Jules in that “i’m a mushroom cloud laying motherfucker” …

.. cuz cleaning that was indeed some repugnant shit.

But it’s done.  Gotta put it behind me.  Man I’m hoping like mad that there is no word in German that even sounds close to goosh goosh or plop that I’ll be learning tomorrow in class.  Sessions this brutal, over time, become funny – this night might need to simmer for a few millennium to transition from morbid to hilarious though.