Instead of thinking of a clever way to combine a show recommendation , a comment on a session , and a viewpoint into one story that flows together with a common theme and segue’s for all , i’m just going to present the ideas floating around my head in its crudest form. Cleverness be damned, sometimes it’s better to say things quickly and get back to scratching pussy all afternoon.

My thanks to the guy who put me onto the best show I’ve seen since Breaking Bad , it’s called Black Mirror and it’s utterly fantastic viewing. Nine years ago my friend fatally spent a great deal of money on his Motorolla Razr “flip phone” which was the greatest thing since sliced bread at the time.

What was the greatest thing before sliced bread I wonder?

At the same time he bought that – i was studying oversees at the time – the boss of the shitty little restaurant I was working in to pay the bills would show off his RIMM phone … and could be seen all day long proudly walking around typing in emails with his pencil stylus on the uber tiny phone keyboard.

A month later both of them had thrown their prized possessions in the bin as the IPhone was invented rendering all previous technology redundant.

Here we are not a decade later and I’m creating this blog by talking to Corona on my Windows 10 who is listening and converting this to text as I speak. I’ve answered all my emails today without pressing a single key and I’m sitting on the BTS train right now looking at a backpacker dude wearing what I think are the Google glasses while his hippy like girlfriend is standing beside him wearing double backpacks on her back and chest and an even more ridiculous GoPro camera on her head that she could possibly be streaming live.

Question. If that’s a snapshot of the evolution that’s occurred over the past 9 years, what will a similar snapshot look like 9 short years hence?

The answer to that question is being explored episode by episode in that great show Black Mirror, a sort of a modern day Twilight Zone but with a hidden message that screams at us to stop and think for a moment where we’re going with all this technology.

Ok the next random thought running through my head is that while I do all sorts of sessions to please all types of fantasies and I proclaim to understand a great deal about what makes a man tick … some sessions just leave me with a feeling of “huh? … that excites you?” 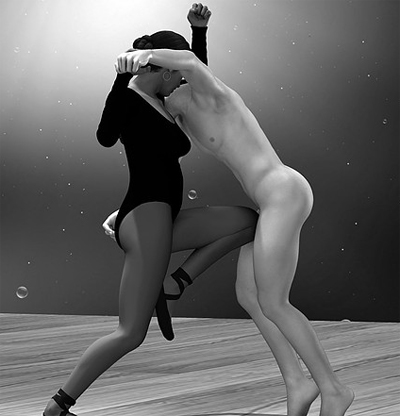 Though I’m only into my fifth month of learning to strike properly , I’ve now developed a ball busting session that introduces the guy to 10 distinct levels of painful strikes. The details of which I’ll write later after I’ve refined my techniques a bit further , my purpose today is to admit freely that while I’m working to perfect such a session … I yet to understand how it satisfies a sexual fantasy. I have no idea. For instance, I know my private photo gallery is considered to be extremely hot by most if not all of you guys , and while I’ve had some remarkable comments about how it affects people, none have been more strange than this one received a few days ago:

” I can’t stop touching myself and punching my balls to your pictures. ”

I’m sorry but to me, a guy punching himself in the balls is like me thrusting a 14 inch rubber dick into my vagina so hard that I bruise my Urethra to the point that I cannot walk all day. But I had to take that comment seriously as I’m constantly reminded in this profession that each person has a unique fetish that turns him on.

Put it this way , I’d say the reason most people in long term relationships are not happy is because their particular fetish is not being met. Now granted, i’m only talking from a man’s point of view , I really have no idea if us girls in general are as equally frustrated as men , I’m sure there’s a male model out there who’s conquered enough pussy in his lifetime that could shed some light on the female perspective.

So as I hinted at in my last story, I spent quite a while preparing for Sunday’s session with this guy , and after practicing all 10 levels on my sofa’s armrest before he arrived I had pretty much mastered the 10 levels of painful kicks and the style that I’d present them in.

He only got to level 7 , and though I left him crumpled up on the floor on more than a few occasions over the two hours , he did send me this email yesterday to tell me how much he enjoyed the session :

Go figure. Job well done though I’m just as clueless as to the “why” rupturing testicles turns guys on.

Ok and lastly, Wael’s birthday is coming up on the 15th and while she’d really like a backpack to *replace her torn and tattered one , I’m just going to gift her an airplane ticket so she can see her daughter back in Chiang Rai who she hasn’t seen for a year. If I combine the girls in my circle of Thai friends and her circle of friends , there is not a single girl who gets to see her kids more than once a year. It’s a sad silent consequence of being born a girl here. Level 10 ball busting should be mandatory for the men growing up in these parts. Now THAT’S something i can understand lol.

*The backpack on her wish list is $69, but in reality she’s only $20 off buying it with money in her account so if someone who liked her session could front just the 20 , I’ll buy it for her.

One Response to Ballbusting | Swing and a Miss