The question is :  What are some good tips on how to be a good mistress for my boyfriend / husband ?

The answer in general is : There are none.

My elaboration on the reply draws upon a unique experience I had at one of my few jiu jitsu classes ( I later discovered I enjoyed Muay Thai much more ) where there is a parallel between the black belt on the mat and the mindset of being a mistress.

It was my third class  …  I know because I only attended four before I came to the conclusion that grabbing a guy by his nuts is equally effective as any technique I’d be learning on the mats.  At that time I had the complete opposite sleep schedule as I do now and found morning classes to suit me perfectly , so as the rising sun shone in through the front door of the gym and I was lazily doing my yoga stretches before class , a hulking silhouette yanked the door ajar and in stepped the most intimidating man I’ve ever seen in my short life. 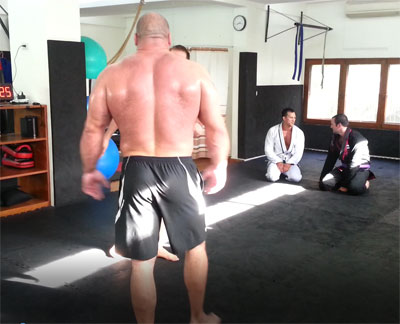 A hush befell the 4-5 dudes that were there to train with me as they gazed upon this massive Russian beast of a man who quite literally could dismember anybody in that gym given the opportunity to display his power.  This guys legs were as thick as my body , a product of being Russia’s dead-lifting champion at the time , and he carried himself in the way he walked the way a gorilla would as he strode across his Savannah home.

The black belt on the mat , the one teaching the classes in the morning sprung to his feet and welcomed the Russian beast to the gym , but not in a way where one could sense it was his job to do so.  You could read into the formalities of the handshake and introductions that my teacher was subconsciously saying “you might be a gorilla being as big as you are , but make no mistake – I’m the lion in these here parts.”

I was never allowed to fight as I was a complete beginner , but how jiu jitsu classes go is : at the end of the hour of the technique portion of the class begins the thirty minutes where you roll (fight) , and so I was chill about things that morning since I wasn’t going to participate – there was a heaviness in the air one could just sense that this gorilla and lion were going to go at it once the 60 minute bell had rung.

Just as I am a total non-threatening 45 kg soaking wet , my teacher for a guy had the physique of a math teacher.  Sure he was fit , but he was neither tall nor muscular.  When these two slapped hands to fight , well you could cut the tension in the room with a knife and even I was hanging around in my cute pink gi to see what was about to go down.

They clutched, and then in a display of muscle over mass , the beast tossed the black belt about 5 meters to the left the way a Grizzly would swipe at an annoying bee.  Then, to borrow a line from Keyser Soze – my teacher showed this man of will – what will really was.

What was left of that beast of a man after 5 minutes of fighting was a defeated dog crawling on all fours to the corner of the mat , only to collapse in the corner.  Then, unrelated to the purpose of this story , my teacher said a great line that I’ll never forget because of how true it was at the moment :  “fatigue makes pussies of us all” .

A black belt in Jiu Jitsu is a black belt because he’s put his time in.  There’s no ego in who he is because he’s been beaten over 10,000 times on his journey to being a black belt , and in that journey of defeat any sense of an ego gets left far behind.  What you have left is a pure distillate of a man (or woman) , a vintage that captures all that is great in a human without all the silly bravado carried by men who haven’t gone through the combine of continual failure.

That definition of a Jiu Jitsu black belt also encapsulates what it means to be a mistress.

I just am.  I am because I’ve put my time in with handling men, starting from being subjugated by them , which begat different methods of dealing with them until one realizes they don’t even need to be dealt with in the first place for I am what they so desperately want and the laws of supply and demand dictate they are at my beck and call – and not vice versa.  Once I realized that men as a species are laughable at how petty they are , they became as insignificant to me as an ant would be to a boot.

Remember at the end of The Matrix when Neo stopped trying to fight Agent Smith ?  That moment he realized everything was a computer program and he said “No” right before he stopped the bullets in mid flight …

It’s not that he stopped the bullets , that’s not what’s memorable to me.  What’s significant is he plucks a bullet out of it’s mid-air suspension and examines this thing that could kill him before … before discarding it and letting it drop to the ground.   It’s significant because that’s how I see men.

You will also notice in that scene that immediately after the bullet hits the floor the Agent’s in unison lower their weapons.  Important detail also, because until a woman reaches the point of “just knowing” they can control men … a man will always be able to sense if she is faking or not.

That’s what I mean by when I say “there are no tips to give” because no “tip” will get by a man’s sixth sense.  We’re talking about something primal after all , men have always dominated women and it’s built into our DNA.  It’s built into our DNA the same way as the famous  hawk/goose experiment showed that it’s a cultural reaction when a baby bird cowers at the sight of a hawk’s shadow. 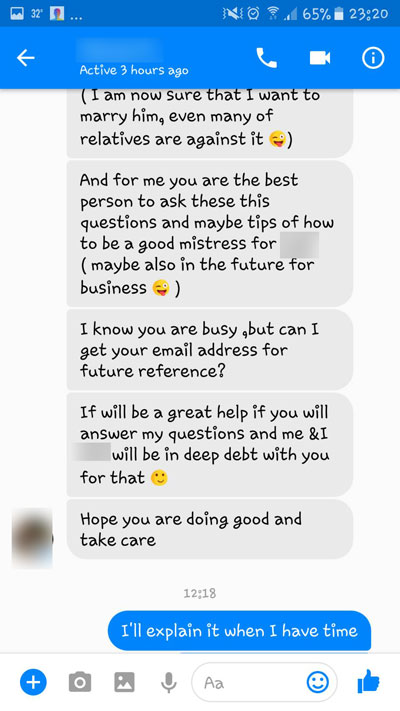 What follows after this realization is not a game,  it’s rather a way of life.  Currently as you are reading this, I have 10 guys walking around the Earth permanently locked up wearing 2kg’s of solid metal chastity on their dick 24 hours a day.  I don’t do that because they want me to, nor do I do it because it’s amusing , it’s just simply a part of the process of these long term submissive men showing their complete and utter devotion to me.

I told you before when I stopped doing those scat sessions that I’ve evolved as a mistress where I’m always looking to add another man who understands the length and depth required to fully submit to his mistress.  To be my slave is much the same as enrolling as a white belt in one’s Jiu Jitsu journey to becoming a black belt … there will be countless failures along the way , there will be a steep learning curve , and it will be a great investment of finance , but in the end … to be fed something as miraculous as my shit is an honor that is of the highest magnitude.

Recently I had a session with a far too gorgeous man to be real.  In mid session , while tied spread-eagle upon my bed he looked at me with his rock hard cock staring up at me as well and said “go ahead, you can fuck it , I don’t mind.”

In fact, I had made up my mind what to do with this guy the minute I saw him in the lobby , for here was a guy all too used to getting what he wanted and I could tell instantly by the way he looked me up and down he had every intention of fucking me that evening.  While he was in the shower before the session I was in the bedroom “lubing up” the fake (but all too real feeling) silicone pussy I use for the occasional session.

“I don’t want you to see me naked” I said to him as I placed the blindfold over his face.

Don’t ever call me babe in session.  Or even out of session for that matter.  When he called me that , it made what I was about to do to him even more sweet.  I sat over top of his thigh so he could feel my legs over his … everything to simulate the feeling just before the girl sits down on a guys cock … except it was the silicone pussy I was holding beneath me that slid onto his cock and his hips thrusted up to meet it as i did so.

“Wait, that’s not your pussy” he said quizically.

“No.  It’s something 10 times hotter than my pussy.” I replied with a matter-of-fact tone of voice.

Sure enough, no more then 5 seconds after his throbbing cock was sucking up the juice of the rubber pussy he began thrashing side to side to get his cock out.  You see, the lube I used … in Thai it’s simply called “Heat” which is self-explanatory no?  “Furnace” might be a better word perhaps , but Heat suffices.

Am I a lesbian?  No. I like cock just as much as the next girl, especially when attached to a hunk like this guy.  But it’s on my fucking terms, not the man’s.  He gets laid when I want.  How I want.  Whenever I want .. even if it’s just once a year.  So be it .. its my terms.

In fact, I’m much more likely to tease my boy up so he’s ready to explode , then hog tie him and invite his best friend to fuck me while I bend over and smile at my boy’s tears .. and/or rage.  Then for kicks when his friend is about to shoot his load I’d make him pull off the condom and shoot his gooy-ness all over my boy’s face. 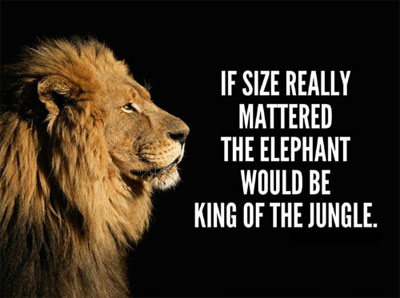 Just had a session 5 days ago where the guy said specifically that the only thing he didn’t want to do was suck another guy’s dick.  Guess what he ended up doing that night?  Why?  … because fuck men that’s why.  Fuck them and what they want or don’t want.  There is no want / don’t want with me , you simply do what I ask you to.

And why is that?  Why will 99% of all men who come to see me do exactly what I want no matter what it is?  Because I seduce them.

That’s the other part I can’t explain how to do.  Ok it helps to be smoking hot , and that I am.  But whereas other mistress’s seek to control a guy through pain, I seek to control him from his pure desire to want me in his life.  I truly , fully, unabashedly believe that I am the thing most men are looking for.

People who knew Michael Jordan when he was at the top of his game said he was crazy in how conceited he was.  If you want to be great , that’s the mindset you have to have.

It’s because I know I’m what you want  … that makes me irresistible after even one session.  After two , well it’s just not fair.  Once you’ve seen me three or more times, the question becomes “what won’t you do for me” and the answer is … nothing.

Now how do I go about explaining that kind of conceit to a normal everyday girl who wants to please her man more by playing the part of the mistress for him?

It’s simply not possible.  You can’t get handed a black belt overnight,  it has to be earned over time.