I have this GREAT  idea for how to further humiliate my Tinder dates … as this is what’s keeping me amused this year while I wait patiently for sessions to return to their previous volume.

Only one problem … this idea of mine is a great one to romanticize about doing , but has failed spectacularly in person so far … and not once but twice.  In fact all I’ve done trying to implement this idea at the very start of the last two dinner dates was to lose my free 5 star dinner.

For come the day that I actually pull this off , it’s going to be worth all the collective failures that came before hand.

So what is this great idea your Mistress has … I can hear you asking this already.

Ok well, I have in my possession a chastity device of poor rubber quality that I’ve been wanting to part ways with in lieu of one of my nicer metal chastities that arrived last month.

But a chastity device , like a ship’s inaugural voyage, needs a proper send off,  wouldn’t you concur?

So the idea is to dress up spectacularly just as I did last time , so much so that my attire guarantees an instant rock hard hardon when my date comes knocking on my door and sees me for the first time.

This … I’ve pulled off every single time, naturally.

But rather than ignore the bulge in the pants,  this time I want to address it directly , bringing it to the attention of my date that having such a rock hard cock right off the bat would only serve as a hinderance to our ‘getting to know one another.’

“Because” , I’d say , “such a hard cock means that you, like all my dates before you are just transfixed on the idea of having sex with me” and then I’d explain how none of the guys before him ever got a second  date due to that same raging boner.

Boldly – well in my imagination this is how it’d play out – I’d step forward and give his hard cock a rub through his jeans or whatever he was wearing and scoff at it saying that this lump makes it so difficult for either of us to be at ease. 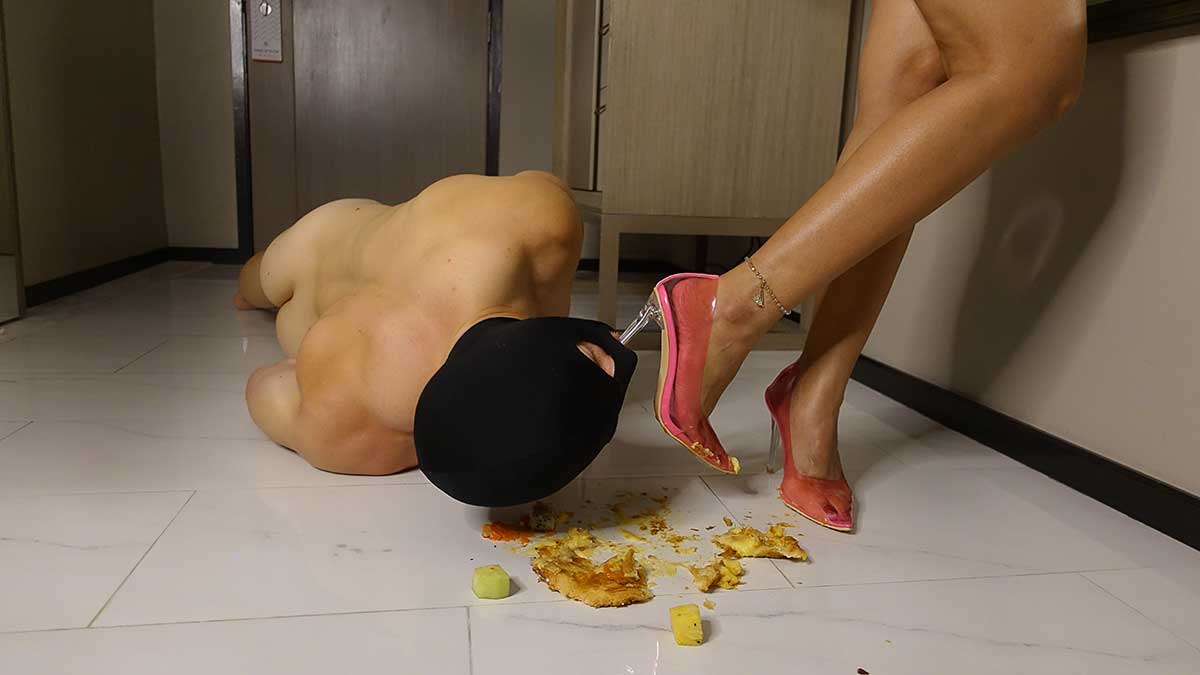 I’d then demand that my date drop to his knees and rub one out right there and then … to ‘relieve the sexual tension’ between us.

I’ll have you know that it was at this very command that both dates have declined to comply, and did so with a snicker each time.

Guys in this city have been so attuned to getting the easiest pussy in the world , and so routinely , that any deviation from the norm isn’t very well accepted.

Them saying no ,  I can let  go , but the snickering … that’s a showdown and from that point if I give in and say anything like “it’s fine, I was joking” I’ll forever lose all power during the date and worse … I’ll get the same snicker when I demand I get taken to my favorite steakhouse rather than the $1 noodle joint he has in mind. 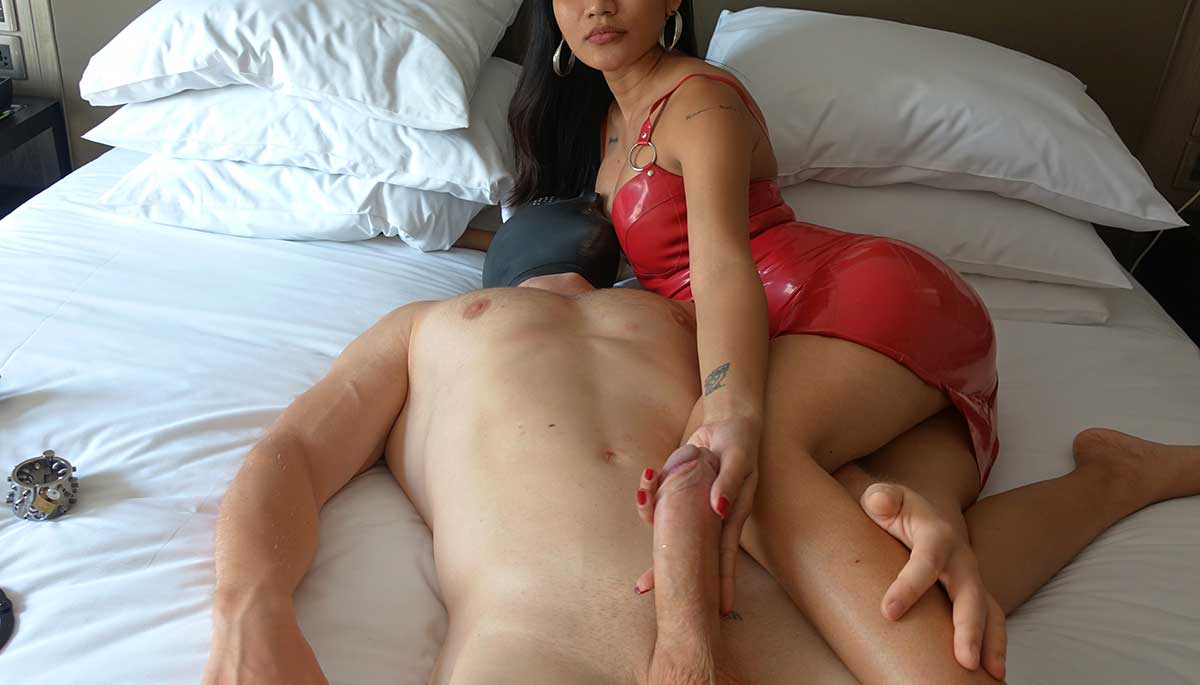 At that point I would have knelt down and presented my kneeling boy and his softening cock with the rubber chastity.

Explaining to him as I put it on that it’s only temporary and that if he can control himself for the rest of the evening , I’d unlock his dick when we returned to my condo and I’d let him have me right here on the stairs.

Then in the middle of dinner I’d excuse myself to go to the washroom and ghost him – just walk away and delete him from my Line and Tinder chats leaving him permanently locked in his new chastity.

Fuck, imagine the panic?   Especially if he’s never been introduced to a chastity and would fret in a sweat that he’d need to have it hacksawed off.

Ah, what’s that saying about the best laid plans of mice and men?

This cruel plan would work on a submissive slave showing up for a date with me , but that’s far too easy.   Hell, the slave would no doubt enjoy it and might even leave his dick perma-locked for a long while to help him reminisce about his perfect date.

Alas, I’d have to be living in a city where attaining pussy isn’t the easiest thing to accomplish in the world like it is here.

I’d also need a bit of luck in having my date be one of those “ya, I’ll go along with anything for shit’s ‘n giggles” kind of guy.   <– which isn’t the kind of guy I want to target at all.   grr. 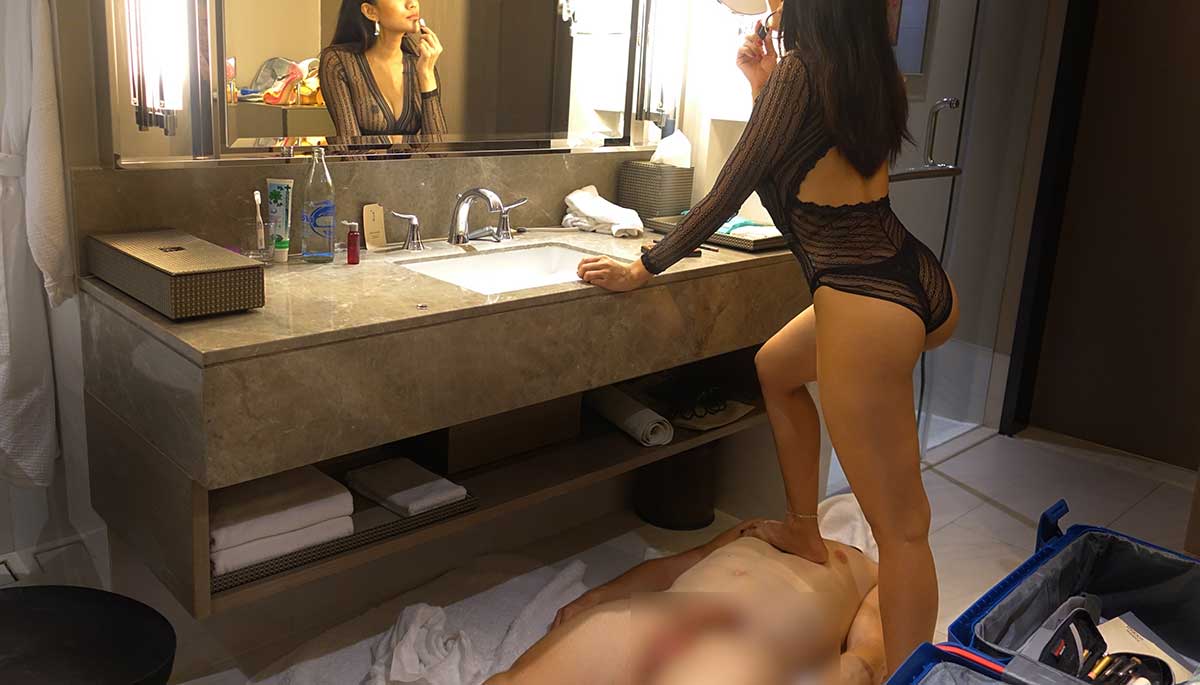 Well that’s what I’ve been doing for fun.   As for work, phase two of the video mirroring project will be done by next weekend at which time I’ll have so much flexibility with how I want to proceed with my pCloud video library.

We’re in the beta testing phase of it on my onlyfans and so far it’s worked wonderfully.

Oh and the Tease & Denial shoot that Mistress Wael shot for me yesterday … it’s lights out hot.  My onlyfans boys are going to be jacking off to it all week as I roll those videos out.

Talk to ya tomorrow.  I’m trying to get a story out every 2nd day , more or less, using the days in between to schedule my Tinder dinners and writing about it as soon as I get home.

Doesn’t every slave want to be locked up permanently?  In a chastity surprise move by a girl he doesn’t even know.

there .. that should fill my quota of the # of times I’m required to say chastity surprise to get this story to rank on page 1 for chastity stories.  It’s easier to do it this way than to find clever ways of fitting the words chastity surprise into the story.

a story which i’m typing off the top of my head just before i crash as i’m dead fucking tired.  so ya, fuck trying to fit chastity surprise into the main part.  who the hell reads below the session request form anyways?