First, let’s go over Mistress Wael’s “20” Tease & Denial game , a gauntlet that she makes her slave suffer through nearly every session that involves cock edging.

After Mistress Wael or I have tied you to the bed we begin with idle chit chat as your cock is being fondled , in such a way that you’re not really paying attention to its ever increasing stiffness as our conversation meanders on.

Then, with a narrowing of the eyes , the slave can instantly tell something is about to change as their cock is doused in warm baby oil.

Every slave makes it to 20 the first time around.  Usually they’ll sink back into the pillow with a smile on their face as they enjoy the skillful hand slowly stimulating every inch of their shaft and head.

Pssht.  I’ll let ’em have their moment of glory and relaxation.  This isn’t a massage with a happy ending folks. 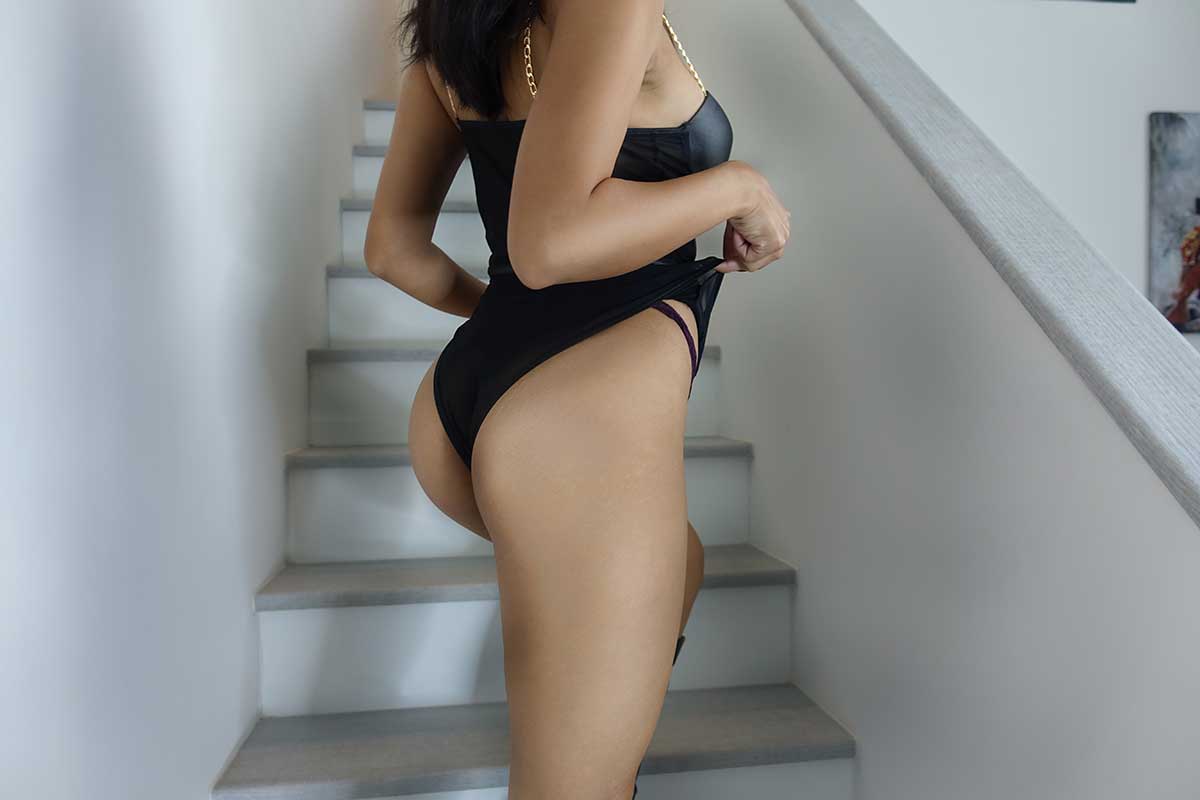 For in round two both the rhythmic pace of the stroking and the firmness of the grip increase ever so slightly and this time as we count up towards 20 there is always a noticeable swallowing of the lump building in the throat and a few pillow adjustments here and there , but nonetheless they do survive.

Wael and I are pretty good with our facial expressions , something we both picked up on from our predecessor the original Mistress Jaa who could do a whole session with just eye contact and keep her slaves riveted.

… who by the way, is on her way to England tomorrow , permanently.

After the slave has survived round 2 we’ll pout our lips in frustration at the slaves “awesome” ability to survive the slow count to 20 , just know that once you see that oh-so-cute pouty lipped look … the shit’s about to hit the fan.

Round 3 the pumping starts to get the slave breathing heavily and there’s the occasional pause on the up stroke to squeeze under the head – and all we’re doing there is putting the seed in the brain of the slave of what he’ll have to do himself momentarily.

The slave’s hand claw at the bed somewhat more aggressively during round 3 and surely the head rises up off the pillows as there is a question in his mind as to whether he’ll survive until 20.

Round 4 is where all hell breaks loose.

Pumping is replaced by furious pumping,  the second hand comes in to fondle the testicles and a finger slides down towards the anus but doesn’t penetrate yet … it just hangs there as a reminder of what’s to come.

“Yes Mistress” he’ll eek out as he slowly begins to hyper ventilate , clutching at the fabric of the bed sheets like someone hanging for dear life from the edge of a cliff.

“Jesus Christ” , the lords name always comes up in round 4.

With the cock dancing back and forth like a sunflower in the wind I’ll hold eye contact as I slowly slide my finger inside his ass and begin the ‘come here” movement as the heel of my hand rubs back and forth on his balls.

Needless to say that by the time I hit the teens talking to him in such a manner he’s spewing pre-cum all over my hand and has the look of someone who’s trying to squeeze out his 100th sit-up.

They’ll actually remain – most slaves – in the crunch sit up position , and just hold it there until I hit 20 where they’ll collapse in a sweaty heap back in my pillows. 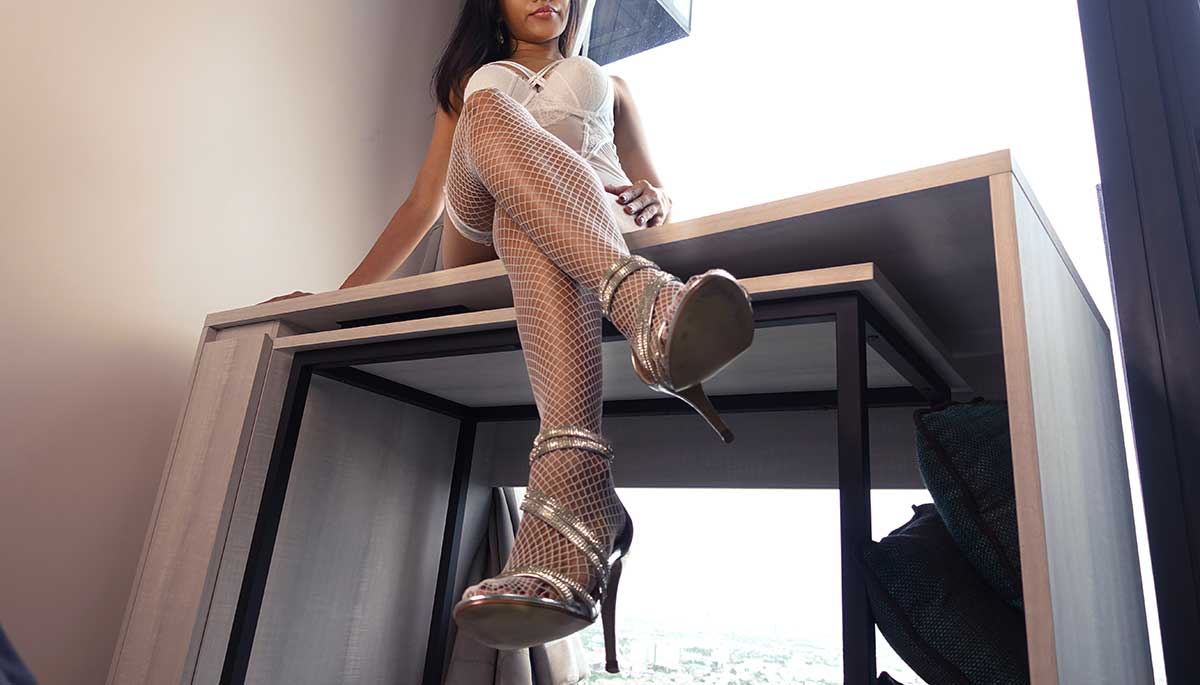 One round , if we include the break between rounds lasts less than 5 minutes.  At the start of round 5 we’re just barely entering in the the second half hour … of a 2 hour session.  The guy sees he’s 1/4 of the way into his ordeal only and the panic really starts to set in.

By round 8 there is more profanity being thrown about than a pick-up basketball game in Harlem.  And it’s all by the slave.

So I got to thinking recently, what could be the opposite of such a game?

The idea of the game’s evolution came to me last Sunday when I invited a recent Tinder date guy I had seen before over to watch the movies Alien and Aliens on my Disney+ subscription.

I’d only spent the Saturday back home planting my watermelons and wanted to beat the incoming monsoon rains that were in the forecast so I cut my home visit short , but at the same time I didn’t want to feel lonely that Sunday either.

The problem is , as it is with all girls in the world, is that when I invite a guy over to watch a movie I intend to …  well, watch the movies lol …  and he’s thinking he’s getting laid sometime before Kane gets impregnated with the alien host on his face 20 minutes into the flick.

So here is what I do to remedy such horniness.

I confront him with the fact I’m not going to have his cock disturb an afternoon of watching movies.  Direct and to the point with constant eye contact and a scowl across my face.

Now the secret to doing this is to give the guy some visual stimulation as dudes are all about what they see.

To that effect, I’ll spin around doggy style with my face looking at the tv, his cock below my chin, and my g-string covered pussy pointed right as his face like it was a gun in a Clint Eastwood movie.

“One” I’ll say loudly, “and don’t you dare think about touching my panties or my pussy, TWO”

It’s a very rare time that I will ever hit 8 or 9 before he shoots his load all over his knees.  Now mind you, I AM counting uber-slowly, so in seconds it’s closer to 40 seconds than 10.

But it’s the pressure of the number combined with my pussy wagging in his face that causes any Tinder date to spew his load.

And then we can get down to some nice and cozy movie watching.

ie: I don’t give him the satisfaction of a full well milked orgasm, and nor is is a ruined one.  Sort of half way between which leaves him content and yet somewhat frustrated.

Is it mean, perhaps.

p.s:  starting tomorrow Mistress Wael is going to be posting her 10 part series on Human Toilet Slavery which will give you the deepest inside knowledge on a fetish that I bet you didn’t even think you’d want to try.

I hope you have the happiest of holidays and I’ll see you in person on the flip side.  My next blog story will follow Wael’s 10 part series sometime just after Christmas.

Looking to book a session?  You can either email us – which we MUCH prefer you do as normally people tend to express themselves more when they write an email to us :