The five sounds we can’t make when trying to speak English because our language comes from our throat with little to no movement of the tongue or jaw needed whatsoever.  To help myself overcome this problem I read a lot of Dr.Seuss even though I was 13 at the time and the books were below the level I should have been reading at.  No other book was as repetitive as Green Eggs & Ham and there were nights where long after everyone had gone asleep I’d be sitting in my bed trying to say “i would not could not in a bed” … which struck me as an atypical thing to say for most girls i knew in the village.

Over time I developed the dexterity needed to enunciate the language well enough , but I am one of the few.

Where’s she going with this?

It’s a thin story , I admit , as not much note-worthy has happened this week in terms of sessions , so I’m just skimming over 2 funny things that happened which both came from the strangeness of Phonetics.

The first of which came when talking with a girlfriend of mine who got herself pregnant again with a foreigner and was coming to me for help because the guy was insistent that the child be named after his father – Art  , this after naming her first child with him Craig .

I absolutely lost it when she came to me with this problem , and we were both in tears laughing at how unfortunate this problem is.  You see , for those of you who are not familiar with how we get rid of sounds in your alphabet for easier ones in ours , the letter R always gets replaced with the letter S.

So yes, while naming his son after his father is a noble gesture , he is in fact condemning his son to be called Ass and thus guaranteeing his son a few hundred school fights to look forward to.

But hold on, i told you her first son, now 4 years old was named Craig. 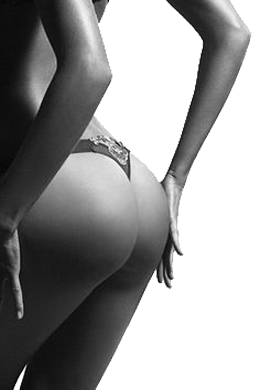 It’s hard to imagine a worse name to give a son than Ass but if there was , it’d be Craig – if one is intending to live here.  That’s because other than myself and a handful of others , Craig gets pronounced as Quack.

Which if you’re astute , you’ve already put one and one together and realized that when she introduces her two sons to people in her village, she’ll be saying : “These are my two sons Ass Quack”

Which is as close to naming your kids asshole as one can get I suppose.

Even if you’re gonna be smart about things and you name you kid with a foreigner type name that is easily pronounceable here , chances are the doctor and the people who work at the office registering the name will fuck it up.  Case in point, my other girlfriend who has a son named Thomas or Tom as he’s known by at school.  Yet when the teacher reads his name out, she has to say Somat which has pissed off her husband to no end.

When Thomas was born the girl at the name registry office said that the name had to begin as S-O-M because there is no TH in this country.  Really?  It’s the first two letters of this country dumb ass.  Also , never give you kid a name that ends in S because by our rules , that sound must be changed to a T sound , so you’ll never get the purity of the name you wished to have for your child.

I promise you though, that if the day comes I actually do sit down to write a novel based on three kids characters, the book will begin as such :  “Never had there been three friends who had grown more close in friendship than those of Ass Crack and Somat”

Moving on, or rather .. coming back to Green Eggs & Ham , while Wael was hosting our moo-ka-ta bbq at my request the other day , she did so speaking English the whole time which i commend her for , yet when she tries to say something as simple as “I did, I cooked it myself” to everyone’s ears it would be picked up as “I dis, I coosed is myselphphph”.  She’s picking up the language fast as can be , but she’s had nobody teach her the phonetics of the language so that’s holding her back.

Leave it to me to not leave well enough alone , I got up and went to the computer to see if I could google up Green Eggs & Ham for her and wouldn’t you know it , I found it and loaded it up for her so for the next hour while we ate I got her to read and re-read that book until she began to learn to move her mouth correctly.  I was relentless in how much I corrected her , and for 15 minutes straight she was caught up on “I would not could not in a house, I could not would not with a mouse.”

Try saying that sentence while paying attention to how much your mouth moves around , then consider how difficult that must be for somebody who has spoken through her throat all her life.

When we finally got through it for the second time she collapsed on the bed trying to massage her mouth with her hands complaining how sore her jaw was.

“Go fuck yourself” was her final remark.

So then fast forward 24 hours as the next day we had a double mistress session with a guy in my condo who wanted to be double teased with heavy facesitting.  There’s two types of facesitting in case you didn’t know.  There’s the guys who love to worship a perfect ass and love to see it dangling ever so close above their face before maybe or maybe not getting to worship it later that evening with their mouth.  Then there’s the guys who love being smothered with an ass to the point where they struggle to breathe and almost end up passing out.  It’s a tremendous turn-on for them … but if for that group of people I only hovered above them , they wouldn’t enjoy it at all.

For the ass smother group , I have Wael do the face sitting as by default her ass is bigger than mine.  That’s not to say she has a fat ass , she doesn’t and how could she,  this is the girl who does 16gk squats with kettlebells for an hour each day.  I’m simply saying that my ass is tiny , round, tight , curvy , and perfect for worshiping from a slight distance.  Hers is a tad heavier and can completely smother a face.

There she was then , sitting atop this fellow for the first time counting to twenty in an agonizingly slow way so that he’d start kicking his feet and rocking his body to find air.  In anger she looked down at him and yelled out:

To which he tilts his chin outside of her ass just enough to eek out a “what?” as I sit there still stroking his dick but more fascinated by what they’re trying to communicate to one another.

I rolled my eyes up towards my forehead searching for the translation of what she just said at which time it clicked like a light bulb.  I laughed.  Before he had arrived she asked me what his name was and I had told her “His name is Sam , just like in the book remember?”

Yet there in the middle of the session from the excitement of suffocating this poor dude , she got the book confused and had begun calling him Ham.  Ham I Am.

“Why do you keep saying Ham?” he said after the fifth gasp for breath.

Then I recalled my friend’s kid and soon to be born baby which made me blurt out “Ass Crack and Ham” and I laughed so hard I had to excuse myself and leave the room in tears.  That line in it’s own isn’t that funny probably , but it was the trigger that we all get at some point in our lives that sets off uncontrollable laughter which nobody else in the room gets.

And that ladies and gentlemen , or just gentlemen actually as i doubt any ladies come here for their daily frap … was the height of excitement in my week of teasing.

Finally , to all who had marked on the calendar the significance of today and remembered to email me … from the bottom of my heart … thank you.  So many of you are so astute and so kind , it really touched my heart to wake up and see so many emails waiting in my inbox.  I had purposely not mentioned anything about it to see if indeed anyone remembered and so many of you did.