to me
I went to see Wael last night, it was amazing! I had a great time. She told me that you are harder? do you do it harder? I go back to England in 5 weeks. I will try to book with you before then. I want to see you so bad, especially after you sent those pics.

My immediate reply to him was as such:

to John
We’re different Wael and I.

She says I’m harder only because she’s been involved in a few sessions where the guy wanted extreme domination and I complied , and once she witnessed that side of me it did two things for her. Most importantly, it showed her that one can be completely normal even if once in a while a certain side needs to be unleashed , kind of like Batman.

I think that helped her accomplish sessions like yours must have been last night , because now she knows she can wake up today and be the same sweet girl.

The other thing being with me taught her is that we , acting as a mistress , must scale our personality to the personality of the man we are seeing. Some like seduction , some like to be kept confused and thus on edge , and some need a good bloody fight to secede and relinquish power.

She is still holding on to her love of Thai traditions , Thai religious practices .. hell , she’s going on an all day pilgrimage tomorrow to climb a mountain in Chantaburi just to pray and seek the wisdom of a fortune teller. So she’s more tormented than I am by doing what she did with you last night. I heard you had a wild ass exploration experience 😛

Her view of me being harder also comes from her view of my choice to shed myself of anything and everything that has to do with being Thai. I think she interprets my hatred for this place as me being hard. That’s not true though. I’ve been hardened from the life I’ve had.

So to answer your question, do I do it harder? I can. I can do it lighter as well. I can do it as sexy as you can take it , or as bad ass as you can endure. Depends what I read into you. 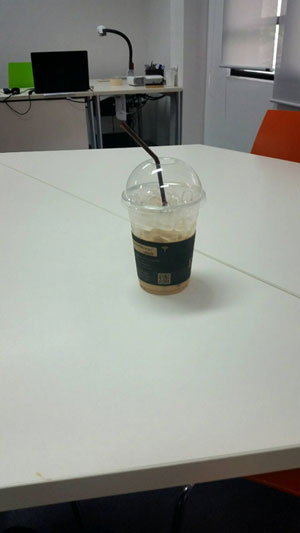 I’m on a lunch break here at my German language class so I don’t have time to fully go into things.

But I do have some stuff I’ve written down in drafts of posts yet unpublished that are like thoughts I have at 3am on some nights that cause me to wake up and download to writing just what’s bothering my mistress mind.

One of those scribblings relates well to what his email was asking:

“They laugh at me because I’m different; I laugh at them because they’re all the same.”

What men don’t get is that the shit they try on other women absolutely and unequivocally doesn’t work on girls like me.

In tonight’s session this guy asked me if meeting a mistress accidentally in a real life setting can be as unsettling as this movie scene:

For example, let’s say that’s me in the clip that he’s coming on to.  He’s basing my possible reactions to all his verbiage based on the sum of his previous interactions with girls in his life, correct?  So by that measure, there is no possible way he can gauge my reactions because I’ve kicked over one hundred guys in the balls , what other woman has done that?

I’ve seen men beg , cry even , being tied to my bed and at my mercy as I hold their swollen cock in my hand for the forth hour in a row.  I’m not talking the average Joe on the street either, I’m talking big 6’4″ dudes that tower above me and have scary ass neck tattoos.

I’ve fed men , kicking and screaming underneath my ass , right from the source to their throat and then stood above them watching them eat it without complaint – for doing so would permanently end any further contact with me.

Last week I fed a man to twelve ladyboys right here in this room and watched while sipping tea as they gang raped him for two straight hours.  I watched that the way an alpha wolf would watch over his pack devouring a slaughtered deer, without emotion as it was just part of the life cycle we’re all involved in.

Around this time last year I broke a personal milestone by sticking 100 needles through a guys cock and balls – after – I had stuffed the biggest catheter tube down the hole of his cock.  Then I subjected him to an hour of tickle torture which made him bounce his pin filled balls all over my marble floor.  Took an hour to mop up the blood thereafter.

Do you think that there is anything the guy in the video can say to a girl like me to phase me , rock my world , or make my heart flutter?  I quarrel with such men the way a boot quarrels with an ant. 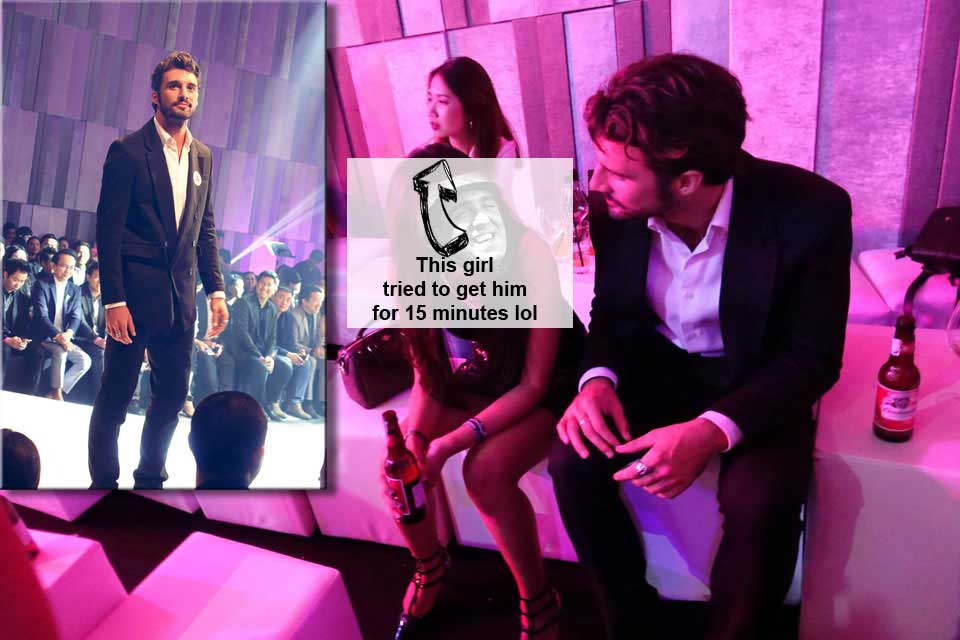 At the fashion show last night (sorry for the Gomer Pyle cover up) , every male model took time at the party to seek me out.  There were countless girls there , some taller than me, some bigger breasted than I , some rocking a million baht or more of name brand clothes and accessories, yet none of them had that “je ne sais quois” which allured all the men to me.  That “je ne sais quois” comes from not just meeting over 10,000 men the past five years, but making each and every one of them beg for my favor.

“You’re so Un-Thai-Like” said the Italian model to me over a beer.

“That’s because I’m not Thai” i said back to him.

“But you are born from here, you live here, surely you are Thai.

“Surely , I’m not.  Contemplate that , it’ll take you an evening of thought to get to the bottom of what that means exactly.” 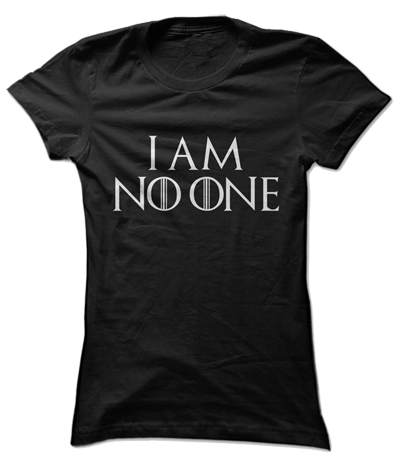 I know, it’s hard to be philosophical with a beer in the hand and three super hot guys all posing for selfies with me , but that reply is truly deep.  The comment went right over his head, I hope it doesn’t go over yours though.  I would have said the same thing had I been born in Holland or France or Canada or New Zealand.  Does that help?

“Je ne sais quois” at its heart means “i cannot relate to the feeling that’s being inspired inside me because I cannot quite put a finger on it for some reason.”

To elicit that type of reaction in men – DAILY – it thus means that I have life experiences so very far removed from anyone else that they just cannot categorize me.  While that may be exciting for a guy , for me it means isolation.

“Je ne sais quois” means to be different.  So different that I become a word on the tip of your tongue , but you can never remember.

I have life experiences that you just can’t relate to.  “Here’s us$3,000 , go live in Russia for a year.  There’s no coming home early , and there’s no possibility of asking for further assistance from family or friends.”  Could you do it?  I did. (well not Russia, but ..)

What if you had to live under a bridge wile in Russia for a couple of weeks, shivering in the cold with nothing to eat.  Would you find a way to survive?  I did.

Am I being melodramatic?  Nah, i’m just stating facts.  What’s cool about that though, is I’ve noticed people are repelled like a magnet from anything that does not fit in with what is in their definition of normal.  If you have the stomach for it, watch the reaction of the people who witness this car disintegrate , and then just continue to cross the road.   Or in the same video , this taxi driver who crushes a girl on the road and yet , cannot or will not face the reality of what just happened.

Interestingly, both those pedestians and the taxi driver were gifted a bit of “je ne sais quois” after experiencing those situations.  A tiny bit, but a bit nonetheless.

Bear with me, i’m gonna try to explain this next bit as best I can even though it’s 4am and i’m still a bit drunk. 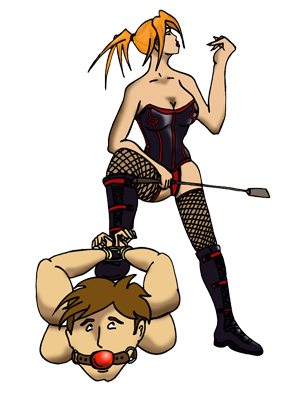 Ya I kicked their balls.  Yes I teased them.  Yes I seduced them.  Each time picking up a fragment of the “je ne sais quois” , like filling a bottle of milk a drop at a time.  But they weren’t great sessions, I admit that.

To extrapolate away from mistress life … I did live under a bridge in a foreign country – while attending college.  In those first three months there , I was as repulsive as a skunk.  I couldn’t get a friend for the life of me ,  I sat by myself in class , and yet I was picking up these drops of “je ne sais quois” by surviving.  By finding a job , by working all evening , by finding a 4 foot by 8 foot “room” to live in , by buying food, then clothes, then a tutor,  then a nicer place to live – the bottle filled and as it did I stopped repelling people.

Here’s the cool thing though.  By the end of that college year ,  I was the most popular girl in all my classes.

My theory on why that was :  because I had acquired so much “je ne sais quois” from my totally abnormal experience there that I suddenly became “that girl who has something elusive about her” and I had groups of guys begging to help me with my English every night.  One guy , Roger, would bring me steak dinner from the restaurant he worked in at 11 pm , and he’d do so every night.  Eight months earlier, none of them would give me the time of day.

Similarly , getting back to my mistress life , around two years ago I just knew I could command men.  Took about a hundred sessions to get to that point ,  but once I reached it – my “je ne sais quois” went through the roof.  It helped that somehow around three years ago I got really hot after coming back from oversees , but honestly it’s more than that.

It’s the sum of everything in my life … starting when I shed myself of being the typical Thai girl and rebelling back in school and drawing the ire of every teacher I ever had.  I have acquired a shit ton of “je ne sais quois” , like 500 more gallons than anyone that I’ve seen has. 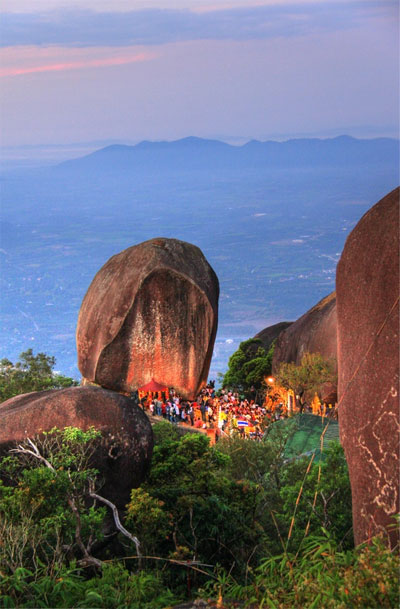 I think I passed out after writing that final sentence if I remember correctly , it was like a year ago that I wrote it.  My “je ne sais quois” value has a few hundred more bottles accumulated since then.  Makes guys absolutely melt when they see me.

Tongue in cheek thought of the day before I go write this German test :

That’s gotta be worth 3 or 4 drops of “je ne sais quois” life experience liquid for her don’t ya think?  lol