If you live here , you’re a stereotypical expat no matter how much you claim not to be – and as such Thai girls will avoid you like the plague.

I just read a charming introductory email from an expat smartly titled Pawn to Queen 4 –  who does his best to claim he’s not typical of the kind that reside here in Bangkok :

Hope life is wonderful for you.

My name is xxxx, I am xx years old and I live and work in Bangkok. Yes I could potentially be categorized as a ‘long time Bangkok’ resident. All I can say in my defense here is that I don’t believe that I conform to the typical stereotype of a long time expat in town (although you may disagree). I can’t even converse in Thai after close to a decade in BKK.

I arrived in Thailand many years ago thinking that I would stay only a short time and enjoy the nightlife, beaches and weather, but by some twist of fate I ended up finding an unexpected career path, which led to my extended stay. In short I ended up working more, playing less in Thailand than I had done in the UK.

After pushing myself fairly hard in recent years I now own and run a series of businesses in Bangkok and by day I am used to answering to nobody but myself. A situation, which I am sure you are all too familiar with 🙂

I am a relatively confident heterosexual guy on the surface (important in my line of work) but quite submissive/shy on the inside.

I have been with a few different types of girl in Thailand as you can imagine. But I haven’t been able to find someone suitable to settle down with.

That perfect combination of wild, intelligent, dangerous and beautiful seems pretty elusive by and large.

I have tried to compromise several times. Usually it’s the intelligence piece which suffers 🙂 but there is a limit to how many dates a guy can go on where the other party thinks London and New York are on the same continent..:)

Conclusion right now is stay single and experiment with the darker side of life.

jaa4u.com | Goddess <[email protected]>
8:20 AM (22 minutes ago)
Queen’s Gambit opening … really? I would just respond with Lasker’s Trap and you’d immediately be my bitch … but that’s what you would have wanted all along isn’t it? So perhaps initiating with such a common opening is actually a submissive ploy by you , thus making you quite clever.

http://www.wikihow.com/Use-Lasker’s-Trap
Meanwhile, all expat’s claim to be not the stereotypical type of their kind , but you can’t escape it because if you’ve lived here long enough you know the game and how its played as well as a chess master knows Queen’s Gambit and all the possible counters before the game is even played out.

You just have to look over Craigslist and see that most w4m posts made by Thai girls take care to mention that they are looking for somebody ‘passing through’ Bangkok and will refuse to see anyone who lives here. It’s because .. she knows … that he knows … what her game is , and frankly , there are easier fish to catch here. 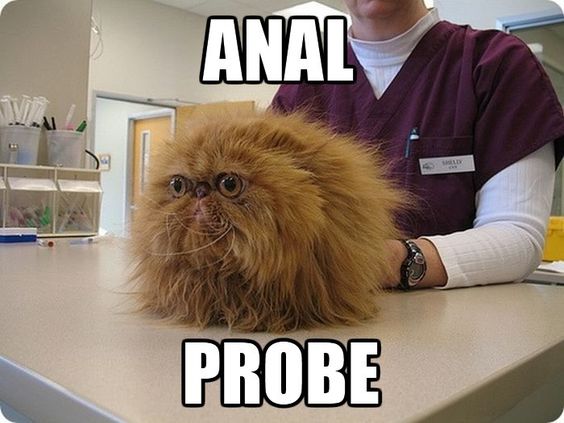 For the typical ex-pat , there actually is no limit to how many times he can date a girl who thinks New York and London are on the same continent , and that’s because guys like to fuck hot chicks , and for the most part we’re way hotter than girls from first world countries. So while I can agree that it may be teeth grinding to have caveman level conversations with the latest Thai girl you’ve picked up , the thing that makes that endlessly endurable is knowing within 2-3 hours you’ll be balls deep inside any one of her three holes.

Since this post is going in my “So You Wanna Live Here” category , let me give those of you who are bkknoobs still , yet are considering moving here a really good tip.

Never say you are living in Bangkok.   Never disclose your intentions to one day live in Thailand.

Cuz if you do , you’re no longer getting into her pussy.

Here are the rules of The Game , from both sides, first the male expat.

His game is to fuck as many hot girls here as possible , all the while avoiding commitment but hinting strongly that the possibility of something long term exists.  At all costs, he knows to avoid the eventual trap of sending money to her so she can support her family which 99% of the girls here will eventually ask for.  (I stand strongly in the 1% who doesn’t , never has, and never will.)

Her game is to seek out the naive first time visitor here who is older, been through the hell of living with a wife or girlfriend from his country , and would find her game of being super sweet and exotically different inescapably alluring.  At the point where he’d do anything to keep her in his life , she breaks out the need for some sort of housing arrangement and support for her and her family.  Until such terms are met , her pussy availability becomes drastically reduced or shut off altogether.

Her sub-game is to juggle as many of these guys as she can , making it look like to each that he is her only love interest.  It’s entirely irrelevant if he is being promiscuous for she’s just playing the odds that one day the roulette ball will land on commitment.  It only takes one.

As for me , I truly despise the fucking game.  From both parties.

Look, I just want to get as far away from Thailand as I possibly can and stay the fuck away from it forever.  “The game” has made it next to impossible for “diamonds in the rough” like me and Wael to get noticed , to be treasured , to find actual love.

I bring more than pussy to a relationship.  I have 4 years of university under my belt , 1 year of college abroad , I write , I run my own business , I can speak two languages fluently and I’m now studying a third – German,  I climbed out of poverty , I have my own luxury condo in the heart of the city on my favorite soi , I tweet about shit.

Not just the garbage that other dominas tweet , I don’t need to copy Mistress T and flaunt myself fucking a different submissive every day on Twitter , I strive to be funny, witty , clever , opinionated.  By my research, I’m the only domina who’s twitted about Fidel Castro’s death , a superb Iwo Jima rendition of The Star Spangled Banner , and made public a very correct stock market prediction about a prevalent move in the spot price of gold.   All within the past month.

My Facebook is equally divided between Thai people and groups that I monitor , and foreigner friends and acquaintances.   1000 in total, 500 per side.

In all the time I’ve had a Facebook account , I have never once seen any foreigner acquaintance or their extended group of friends post at anytime whatsoever something that is of a bragging nature, other than those who won their MMA fight which is fine by me.

Yet on the Thai side, the substantial majority of posts are petty bragging displays of “look what kind of lifestyle I have now”  It makes me want to vomit.

Photos of gold bought by their boyfriends and husbands.

Photos of stacks of cash they’ve withdrawn from their spouse’s bank account.  I shit you not.

Photos of all their shopping sprees.  Blah, blah , blah.

I’m slowly being blocked by all of them as I can’t help myself by posting on their timeline “other than your pussy, which has had more dicks pass through it than the Panama Canal has had ships , what do you bring to the table in the relationship?”

What you need to know, is that unequivocally , if you choose to date or god forbid – marry someone from here who brings nothing but her pussy to the table – you’re being played for a fool.    You’re a walking talking ATM , nothing more , nothing less.

If you do some due diligence on your own , via Facebook or YouTube , you’ll find a plethora of graduated whores making sure those back home know they “made it” – don’t be the guy who got married to a girl like that is all I’m asking.   Because to me, it’s staggering how many guys will bend the knee to offer his life and kingdom to a peach like this …

Question :  Just how bad is the pussy in Sweden?

There’s a flip side to the game that persists as deep as choosing a marriage partner as well though , hell I was almost right in the middle of it until I got wise a few years ago.  You can hardly be threatened in a marriage if you marry someone who is clueless about everything.  You can’t be harmed financially in case of divorce, and the likelihood of having legal repercussions coming back to haunt you once your former wife has fled back to the safety of Thailand are slim and none if she was poor and uneducated to begin with.

However the best part of marrying a bimbo is the guy can fuck around on her as much as he wants and she won’t do a thing about it.   She can’t , she’s insolvent , being cheated on is wholly tolerable compared to being single and broke in Bangkok once again.  I’ve tried to save one girl from a cunt countless times , I’ve put the proof right in her lap via Facebook , and the most she’ll do is rant on her page once or twice … and go right back to her knees with his dick in her mouth.

Then I realized that nothing can help the girl, she’s caught up in the game.  This time the male cunt won.  In the videos above, the whore won.  Whores and Cunts , it’s like some sort of retarded down syndrome version of Aliens vs Predator.

So the solution then?  Simple really.