It’s what I’ve been gifted with , it’s what I do best and not only am I thankful for it , but I’ve embraced what I’ve been given.  I don’t need to care what the derivative of 2x is , never have, there is no theorem that needs to be proved in my line of work , it just is.

But this gift did need to be perfected over time , and from the day my University life ended I’ve spent countless hours perfecting my craft.  Learning how to be incredibly sexy is an art no different than learning to paint or in becoming a sculptor.  An artist has a vision and then makes that vision become reality on whatever canvas suits.

My vision comes from researching movies , videos , songs where a woman has only through her actions , captured the heart and soul of a man.

I got asked recently how I came to know about Bruce Springsteen , being that I’m so young and he’s before my time.  It’s because time has no context in research , to me it is irrelevant from whence the media came , it matters only that there is something to be learned, internalized , and practiced later.  One of the Boss’s videos contains the quintessential persona in a girl that I strive to emulate , check it out and you’ll see why …

Old school videos have a lot to teach a girl like me, showing exactly what men covet.  It’s not money , the guys who come to see me have enough of that.  For instance , in I’m on fire , it’s not the gold bracelet that woo’s him , nor is it the diamond ring, but rather it’s the aura she gives off , the confidence of her sauntered walk , the tone of her voice – far removed from interest in such a pheasant – yet alluring enough to invoke interest.  Power comes from who the girl is , not what she wears.

Transference of such knowledge is an art in itself.  But over time , after cultivating such a persona I’ve slowly learned to bring out not only the best in men , but the unseen as well.  Without a doubt the coolest part of this occupation is happening upon those sessions where the gentleman walks away from my condo a tad shocked about himself, yet well enough intrigued that he’s compelled to come see me again. 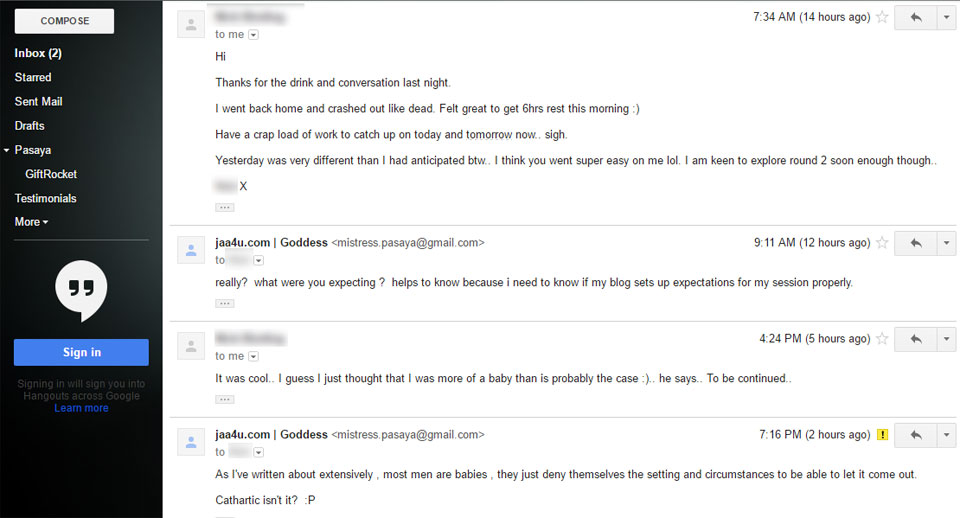 How about that eh?

An old school guy smitten by a new school gal, I guess you can teach an old dog new tricks !