From the moment you step off the plane in Bangkok you’re being discreetly photographed and privately talked about as information about you is collaborated and disseminated.  By whom though?  CIA , FBI , KGB ?

None of the above.  The culprit here is the closed group , and well guarded Facebook group of Thai girls that numbers over a quarter million now who have likely made you the topic of conversation at one time or another during your stay here.

“Their modus operendi:  post the photo , find out who’s fucked him , who’s dated him , what’s his net worth , and is he worth the time and effort to pursue.”  Or in layman terms , “what is the likely return on my investment of having to sleep with this guy.” 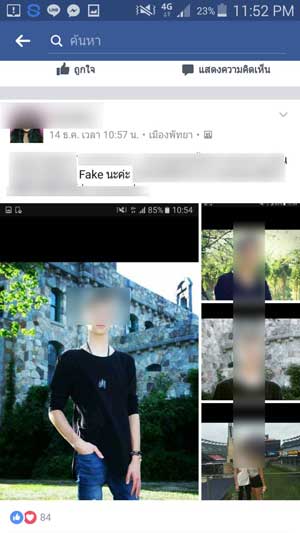 What?  You thought the concept of love here came with a sense of purity?  No man.  Love is a business, plain and simple, and if I add up the various closed Facebook groups that cover the different cities of this country,  the total number of girls investing in the FSE – Farang Stock Exchange totals well over 2 million.  I can’t begin to estimate how many Line groups and WhatsApp groups there are as well as I had membership in over ten of them … just in the Bangkok area alone before I deleted my Line account.

I never post or comment on any of the boards , I guard my anonymity and simply observe.  Truly I should have studied Sociology in University rather than English Lit as I’m obsessive compulsive when it comes to studying groupthink patterns of Thai’s and comparing us to how foreigners behave on social media.  The dysfunctional methods used here are rabid , I find , and in my opinion rather cancerous.

I spent one of the days last week observing at MBK , particularly on the 4th floor where a great many of foreigners congregate to shop for deals and browse about on electronic goods.  On no less than ten occasions I witnessed girls sneaking up to a male foreigner by feigning a similar interest in shopping – only to snap an unsuspecting photo of her prey and begin the download of information on who knew what about the guy. 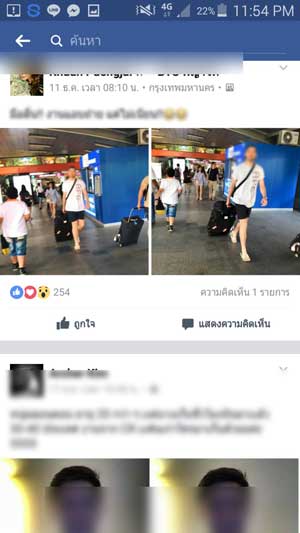 Looking over the photos of just the past month, the hit % of one or more girls knowing who the guy in the original photo was came in just under 15% , which is remarkable considering the population of males in the world.

Such a statistic pretty much confirms that the number of repeat male visitors , promiscuous in their activities is quite high , and it reinforces what I told you about their habits in my recent story The Game.

May I reiterate that which needs to be made crystal clear to you all :  you are a ticket out of here and romanticism dies at the border because love is a business , nothing more , nothing less.  Oh sure, there may be the occasional innocent romance but to focus on those individual stories is akin to arguing that microeconomics dictates macroeconomics , or more simply put : the tail does not wag the dog.

These girls are my enemy , it’s why I have no Thai girlfriends , it’s why I suppose my closest friend is a gay male , and the only consequence of seeking distance from my female brethren is that I sit in the back of the movie theater in seat D2 by myself four times a week.  I saw Rogue One at two pm in the afternoon and had the entire movie theater to myself , such rare moments of absolute solitude are a narcotic to me.

I figure if I absolve myself of anything and everything that comes with being born a Thai girl I’ll eventually cease to be Thai – well spiritually anyways.  For if I reach that state of nirvana it could be that my soul ends up somewhere else in the world.  Perhaps.

Until then , know thy enemy, and sit alone in D2.

I want to let you know that I’ll be taking 2 weeks off starting today so I’ll be back after the first week of January has passed.  Happy Holidays to you all and have a safe but enjoyable New Years celebration.  I’ll be celebrating mine 1013 meters above sea level !!