What’s happening in the picture?  Let’s see how well you know me.  Am I as wild as you may think I am … Or am I an innocent horror freak who had my evening boringly interrupted?  Below I’ve written two scenarios briefly outlining the events that led up to this moment, one being false and one being the honest truth of how things went down.  Read each of them and cast your vote for which you think is the proper account of things.  I’ll post the result next Friday.

Edit:  Down and Out is the true account of events.

The Sub in the Club

It’s been a quiet week having only accepted three sessions, two on the Monday and the other on the Tuesday – none of which were noteworthy enough to write about, just two hour tease & denial sessions, all of which ended with the guy using up his safe word to give him his orgasm.  So by Thursday i was getting itchy to do something having had two days off but I had settled on buying a cheesy movie – San Andreas , and had just finished cooking up some food, successfully without burning anything this time when … ah let’s just call him ‘hot guy #1 from my dance class’ as they’re all kind of dreamy … he calls me and says my classmates are going out dancing at 11pm and asks me if I want to go along. 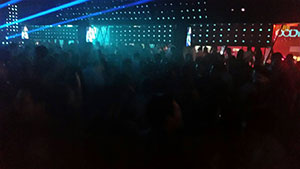 My dance class has 4 cute as fuck guys in it, 1 not so great looking chick but one with a cool personality, and the others who are not that interesting at all to me.  It’s us 6 who usually hang out together on the weekends and now that I’m into semester three we’ve finally gotten over the “who’s gonna fuck her first” bravado men like to play and now that they know my pussy’s off limits we’ve sunk into a fun, albeit very flirty friendship zone that makes the evenings out super fun with no penis danger haha.

Flash forward an hour later, just after midnight and I’m having a blast grabbing hunky waist or fleshy ass cheeks and turning guys on left and right when I get suddenly spun around from behind and the two arms of the girl in my class drapes over my shoulders and I’m dirty dancing with the girl who plays little miss innocent in class every week.  At most I was light headed having drank only 2 glasses of red wine and a vodka cooler so I was pretty aware of how she was rubbing herself against me, confirmed a moment later when she went in to kiss me.  Instead of meeting her lips i stopped her with my finger and said right into her ear, “it takes more than that” meaning it as a brush off so that I could get back to flirting with my guy friends.

Instead she takes my fingers, puts them in her mouth and sucks one of them saying back “what does it take?”  Before I could think of something better to say the cheeky side of me shot back “you gotta be my slave girl”

“and?” she replies right away.

“and?” she smiles at me before sucking my finger again. 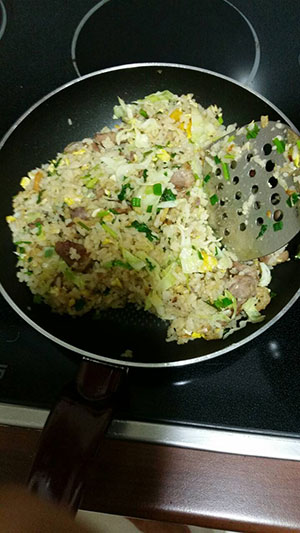 Now it’s 5am and we’re back at my condo, her, me, and hot guy #1 and 2 … the others live out by K.S rd so they took off at 3 , and both of these guys were too far drunk to stand so I let them crash together in my bed with intentions of bringing this girl to the second bedroom while I’d sleep on the couch.  In the three months of classes together I hadn’t said more than two or three words to her as the way she’d pull off her innocent act annoyed me, I knew it was bullshit.  She’s Thai, and finding an innocent one of us that goes dancing with hot guys is as impossible as finding a widow who feeds on dreams and wishes still.  Me excluded,  *cough* 🙂

So without much to say to one another now that we were alone in my living room I offered to warm up the food I had made before I ran out the door hours earlier and she agreed.  But instead of bringing her the food on a plate like the one I had served my portion onto, I carried over the metal bowl I make salad in and put it on the floor at her feet, then went back to the kitchen to get my plate without saying a word to her.

“What do you really want?” I asked her as I walked back toward her, changing to English for the first time and adjusting the tone to match exactly how I command my voice when I’m in mistress mode.

“kiss you” she replied.

“Then bow down at my feet, head down to the floor.”

She dropped so fast it took me by surprise.  Not letting that immediate power transfer slide for even a second I followed by saying “tell me you’ll eat anything that goes in that bowl, and if you prove it” I said, pausing for a moment before finishing, “I’ll let you kiss me a-ny-wh-ere you want tonight.”

There was a pause for a few moments and in that time my condo was as silent as it has ever been the month I’ve been here, before her words “yes…ok” happily broke the silence, and with that I put down my dish and began to slip out of my panties.

I’d just finished watching my 50 baht horror movie Rec3 which in the end wasn’t worth the zero after the 5 as it failed to raise a single hair on my head and was frustrated to find that Soma, the horror game I had been downloading since 5pm still wasn’t finished installing itself on my computer.  With no sessions scheduled in three consecutive days and finally having the condo to myself for the first time in a month I’d chosen to have a little thrill time playing horror games and watching scary movies by myself with the lights out all through the night as my entertainment for a couple of evenings.

I was rattling my fingers on my computer desk thinking what to do to kill the 30 or so minutes left before I could get playing my first game in … oh, ages and ages?  I was putting the Rec3 dvd back 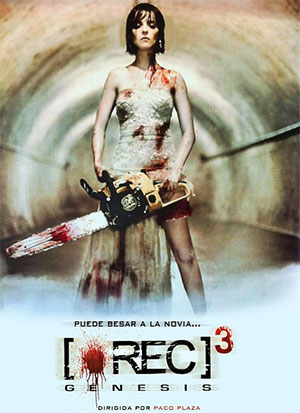 in it’s plastic wrap when I jumped 6 inches vertical in the air as my loud as fuck cell phone screamed out on the table beside me.  Who the hell was calling me at 3am?  Well now at least if the game sucks I can say I had something raise the hair on my head for the evening.

I didn’t even recognize the number, it wasn’t blocked but it sure wasn’t a name in my contact list that I’d associated a picture to but I answered it anyways half hoping it’d be a prank phone call from the guy in the Scream movies.  I couldn’t make out a word the person was saying to me, it was half drunk gibberish and half bawling nasal crying.  Took a second, but I then recognized it was one of my closer friends, actually I had just recently seen her at her wedding a month ago, it was the photo in one of my stories with me wearing more makeup than Lady Gaga and the grey dress … some of my long time readers will remember it clearly.

When I asked her where she was and what was wrong she blurted out “your condo” and “downstairs”.  Oh great, that’ll make a good bit of discussion for the gossiping security guards downstairs tomorrow, so I quickly headed to the lift to go get her. 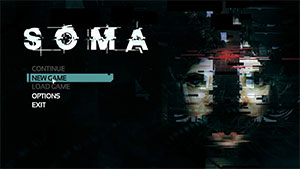 I smelled her long before I reached her.  A bottle, if not two of whiskey had made her carry a warning zone radius of 10 meters, getting any closer would be hazardous to one’s nostrils.  I”m smaller than her and yet had to carry her to the lift with her half dragging her feet behind her and her chin stuck clinging to my shoulder dropping drool down the front of my Rolling Stone black t-shirt that I love.

When I got her to my condo I wanted to zombie pull her over to my bathroom so she could hurl on more easy to clean flooring but we never got that far.  She collapsed in a sobbing heap on the floor and kept saying “he left me, he left me” in Thai crying for about 10 to 20 seconds before repeating the same words.  She stopped only to start gagging on her spit and I rushed to my kitchen, grabbed the first pan I could get my hands on, my metal salad bowl and put it beside her head for her to spit into.

She managed to get one gob of spit out of her mouth, missing the bowl but at least it wasn’t vomit.  Moments later she passed out on the floor dead asleep and unmovable so I just left her like that, went to my bedroom and we both slept a good 10 hours until the mid afternoon today.  When I woke up she was gone, having left only a thank you message on my phone with an apology.  I was thankful she had left.  I grabbed some food, closed the drapes, and began day two of my horror festival by playing Soma … at 3 in the afternoon 😛

One Response to Sub in the Club | Down and Out