Sorry for not posting  for a while,  given where I live though, I must be careful about what I say as free speech is something of a misnomer here in times of duress.

But I’m getting an uptick in  the  number of “what’s it like over there, things changing?” kinds of  emails , so let me just brief you about that on two  fronts:  the actual changes  and the mental/spiritual changes.

My street , soi 11, normally one  of  the busiest in the city is dead come 9pm every evening.  Still.

We did a session , our 3rd  since March , back on Monday and it ended at 10pm.  We thought that was ample time for Wael and our submissive pet to get back  to  the BTS and be home in time for the 11pm-3am curfew that’s still in effect. 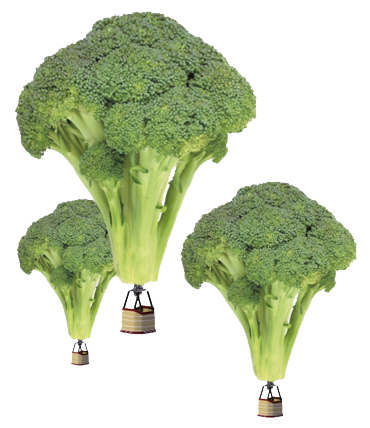 I wanted to put a photo of what my street normally looks like, but on the off chance that’s illegal somehow, I’m posting a photo of Broccoli instead.

As most of you know, my condo is a 2 minute jaunt down the street on a motorcycle taxi, or a nice casual 12 minute stroll past the ample excitement of bars overflowing, street vendors selling their foods as well as  the countless restaurants brimming with customers and traffic at a near standstill save the countless motorcycle taxis darting in and out making their way freely up and down the soi.

Mistress Wael ran it – in high heels –  in 6 minutes flat.

Because the last bts train is at or about 10:30pm and they both left my condo around 10:12’ish after showering and whatnot which  should have given them well  enough  time to  make  it, … but there wasn’t a person, taxi, car, or  motorcycle in sight.

Now this weekend begins the next phase of re-opening.    Bars and clubs will still be closed but getting  a bite to eat might be possible so let’s see if it stops looking like a scene from The Walking Dead around here.

Looks like International travel will be restricted to those countries with 0 to no infections , so yay if you’re from any country run by a dictator or a woman , bad if you’re from a country being led by a salesman.

Most of you guys are in N.A or Europe , and well,  I don’t have much  hope for you being  allowed to fly here until sometime after October , and even at that , please tell me you’d say no to those terms and conditions.

Terms & Conditions ,  isn’t that what this year has digressed to?    I proudly spend my time dodging all those Terms & Conditions layed down upon us ,  cuz I’m one of those tin foil hat wearing kind of girls …  you  know, the kind that thinks power, control and loss of liberty never gets rolled back once infringed upon.

I went to MBK this week , signed in as Princess Leia after saying ‘oops I left my spyphone at home’ and got reprimanded by a 60 year old bucktoothed security guy making $4/day to ‘make sure I bring my spyphone next time or else!’

Went up to the cell phone floor and bought the oldest non functional phone I could find , a Motorola T720 , hoping it had rubber skin.

The 700 series had interchangeable back plates , we spotted them easy.  But today’s phones are new, they act human. Sweat,  bad breath, everything.  Very hard to spot.  I had to wait for governments to control us with an app before I could zero them by buying this T720.

“Look, I am not stupid you know, they cannot make things like that yet.”

“Are you saying those phones are from the future?”

What possible future?   From your point of view  … I don’t know tech stuff.

If  you’re looking for a reason to join my Tin Foil Hat club,  do what I did.   Put a set of  computer headphones over your T-1000 phone and load a Spanish radio station from Argentina on your browser …  then just let the internet radio play for 24 hours so your phone can soak in some culture.  The next day, when all your social apps start feeding you Spanish ads  , come collect your hat.

Since I bought that circa 2002 T720 Motorolla classic, I’ve signed in at every store I go shopping at as every female Star Wars character I could think of , all while writing in scribble with my left hand, and while the phone number I put changes ,  the last numbers are always  1701 as  a nod to Star Trek’s starship Enterprise.

So on the  off chance I do get infected  (somebody do the math on the chances of that please cuz I’m awful at  calculations  … 80 active cases out of 70 million people)  they’ll be tracing Padmé Amidala currently living in the Romulan neutral zone.   Good luck with that.

Ha!   The only way they’d control me is if they eliminated old cell phones (Will Smith in I,Robat anyone?) and forced everybody to wear fitness watch like wearables  –  which if you didn’t wear would mean  you’re not a “citizen” and thus cannot buy even  basic  necessities like food.

That’ll never happen.  We as the human race would never allow  that to happen,  would we?

See?   This is why I’m not posting often.   One because this is tip of  the  iceburg shit,  I could go on endlessly about what I’m researching and how it scares the hell out of me.   I’ve read George Orwell’s  1984,  I’ve read Aldous Huxley’s Brave New World , I have sufficient tin foil hat background prep people!

So let’s instead talk about sessions and when  they  may return  to normal.

I’m with Mistress Wael on this one ,  she’s  been saying since May “when sports come back, the world will come back.”

Why?   Because North American sports take their cue from health officals , and why wouldn’t they, do you know how irreplaceable a Michael Jordan , a Sidney Crosby, and a Babe Ruth are?   Ok so sue me,  one of those 3 is retired  and  one is dead, I don’t follow sports ,  but you get  my meaning right?

Sports is coming back in August en masse.

Which means I’m gonna losee my bet with Wael.  We wagered back in March that sessions would return to normal volume by either my birthday June 22nd or her birthday August 15th.

My birthday is in 10 days,  ain’t happening.

Care to guess how I have to pay up?

She’ll be posting her update tomorrow on the blog,  we’ll talk then.