So five years ago I was sitting in my improv class in Toronto, 14 of us from all over the world thrown together in a 12 x 12 room, casting aside our language social and financial barriers and choosing instead kinship based on imagination and personality.  Whatever the demon is, for me it was trying to communicate in English, there is no better remedy than to act as stupidly as possible in front of complete strangers and then return their applause when they try to outdo my acts of foolishness.  The lesson i learned in those 16 weeks was not how to act, and certainly not how to communicate verbally but to realize that some people live their lives constantly thinking outside the box and some are trapped forever within.

In one of my first exercises of improvisational communication and roleplay the class waited for one student to cover their ears while deciding on a scene that I had to act out.  I was then given 30 seconds to non verbally set the space, create the mood, and act out the scene they had given me after which the second student would have a few seconds to see what I was doing and join in adding his or her idea.  The game was called “Yes And” because what it forced you to do was to see what one person was trying to communicate, accept that effort, and then add to it with my own imagination.

I got paired up with Mike which scared the shit out of me because this guy was born thinking outside the box and the only certainty in working with him was that whatever direction one assumed he was going to go with an idea you could bet your life that he was thinking so much the opposite.

As he closed his eyes and ears with the teacher the class came to the decision that I had 30 seconds to act out that i was making pizza in a pizza shop.

Easy enough.  To set the space i visualized a cooking table in front of me where i would be rolling and tossing the pizza dough.  The toppings were to the left of me to dress the pizza and when it was ready i’d put it in the imaginary oven to my right.

So Mike is allowed to watch me for 30 seconds to see me take the imaginary dough in my hands, roll it out on the fake table with the fake rolling pin and then pick up the circular dough as made evident by the large circular space between my hands … and toss it high in the air in a spinning motion to make the perfect circle of dough.  I’d top it with cheese, put it on the oven paddle and slide the pizza into my fake oven.  Not an academy award winning performance but i was certain i got the message through.

“Yes And” prepares you to take whatever the next person adds to the scene i’ve created and go with it, even if I hate it.  All ideas are good.

Mike waits until I’ve rolled out the dough and at the moment when i toss it in the air he jumps into the room all in a panic.  He runs to me, bumps me out of the way so that i go flying to the floor.  At the same time he reaches to the ceiling to catch my pizza dough and screams out

“Good god woman, what the hell are you doing with that baby?”

All I could think of was “i … i …”  … and that’s why i tried to redo the thought with a photo on my twitter to pay respect to that moment i couldn’t think of anything to say. 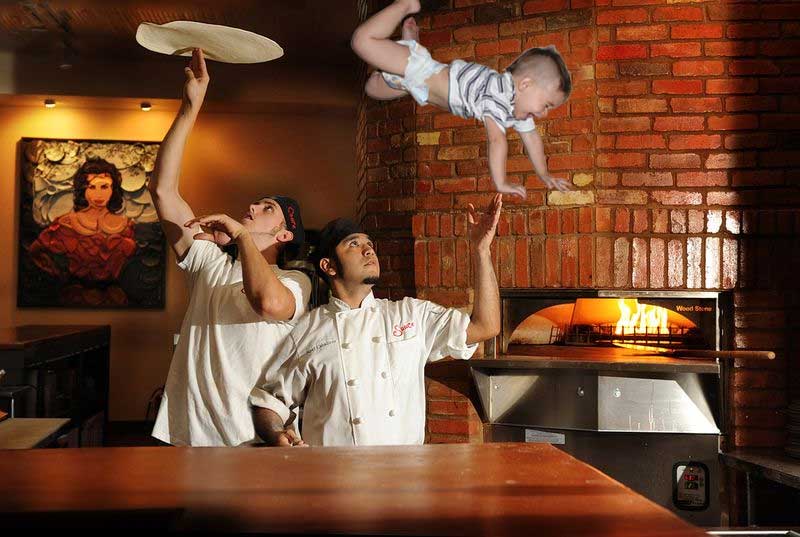 He balances the imaginary baby on his head, throws the dough onto the paddle, slides it into the oven, then spins around and kicks the imaginary oven door closed with the heel of his foot and storms out of the room.  The class was on the floor laughing but I was in awe.  I saw that some people just don’t see the world like other people do.  They live this magical life seeing, doing and reacting to things in a way I never thought possible until then.

Dave was a curly blonde hair blue collar kind of guy with a jaw that he clenched so hard i could hear his teeth grinding as the teacher talked.  His face had deep age lines from 50 years of fighting life rather than going with the flow and though he never said or did anything awkward I just got that uncomfortable vibe sitting next to him.

The next pair after me was Chris my college classmate and an Aussie girl from a TV show that made her the class celebrity.  She was to set the scene of a girl picking apples off a tree and putting those apples in a basket down below her.  Chris walked in the room and had his 30 seconds to watch her act out the scene.  After half a minute he lifted up an imaginary ladder, set it against the imaginary tree and mimicked climbing up beside her.  Every time she took down an apple he reached into his basket and put an imaginary thing in her hand.

That was his “yes and” by offering the gesture of putting something in her hand right after he had made the gesture to assist her by climbing up the ladder beside her.  She took the imaginary thing in her hand and began screwing in a light bulb.  After she made a face of delight that the room had just become brighter she signaled him to hand her more and more light bulbs and began screwing them in everywhere.  It was perfect.

Perfect to everyone but Dave.

“fucking bullshit” he said under his breath but loud enough so everybody could hear.  “Why is it bullshit?” I asked him, “the light bulb idea was beautiful because she changed the whole scene location and premise with one thought.” 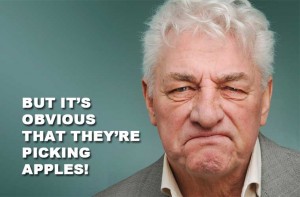 “It’s bullshit” he replied, “because it’s obvious that she’s picking apples not light bulbs.” with a sneer in his voice telling me to back off.  That’s when the teacher stepped in to help me and told him “it can be anything she wants the object in her hand to be, that is her …. ‘and’ that she adds to the story.”

“It’s a fucking apple not a fucking light bulb for fuck sakes are you guys so fucking dumb you can’t see it?”

He was very confrontation minded about the whole thing and if it hadn’t been for my failure with Mike 5 minutes earlier I would have taken arms against him too instead of sympathizing with him.  Dave was just stuck in his world of seeing things as is and cannot think outside the box even a tiny bit.

Unlike that class of 14 very cool people, Dave represents 95% of how society thinks and acts.  My uncle once told me that being successful in business is as simple as finding a hole and filling it, and is it any wonder that less than 5% of the population are successful business owners because few have taught themselves how to see the holes that others cannot.

If you noticed, on my “Book Me” form i had to take off my joke where i gave you “Eternity” as an option for how long you’d like your session to be with me.  I had to take it off because every submissive guy who used the form to re-book me clicked that Eternity box.  I’ve been dealing with this problem since January of a great many of my submissive’s desperately wanting more of the girlfriend mistress experience that basically represents what my sessions are like.

So many of you are looking for the dominant mistress that gives you an idea what it would be like to be in a mistress – submissive relationship that you fall in love right away with how my session feels. 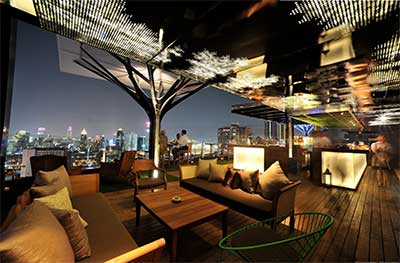 I’m more like AboveEleven , the dinner experience that stays with you for hours, even days after the meal.  Why?  Because i thought outside the box.  It’s why on my Twitter i made fun of domina’s in general by referring to them as an out of date Minnie Mouse with their black pants and red shoes.

I see everything outside the box, it’s both exciting and frustrating at the same time from the sheer number of ideas that i have to put in motion.

What are they?  You’ll know them when you see them, i’m a doer not a talker.  It’s why i’m liking my Twitter.  If you’re perceptive you can see inside my mind about how i think about things and begin to see what makes me laugh, what makes me agitated.  Like when i said financial domination or findom slaves worship every ugly mistress out there.  I got pissed looking at the money they throw at the ugliest mistress’s walking the earth.  Then just like with Mike I saw why.  Nobody’s given them an option that’s different than “pay me asshole”.  Except this guy, he mentioned it in passing in his blog.  Why has nobody done findom differently?  Has the black and red Minnie Mouse 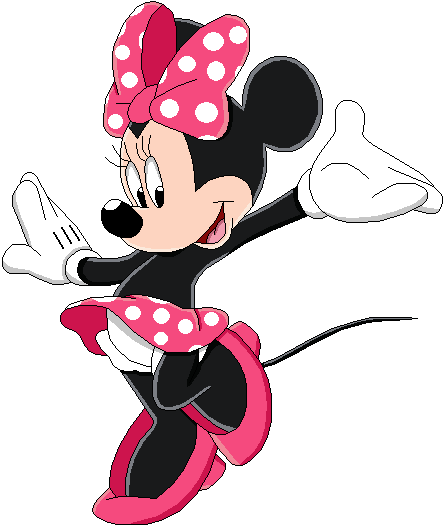 army of Mistress’s become such experts in male behavior that each has succumbed to the “pay me bitch” model of domination because it’s the only one that works?

I’ve decided to only follow on my Twitter those who think outside the box and inspire me.  I only follow 1 person right now.  I’ve looked at 1000’s of mistress’s and found only 1 that has actually been doing my outside the box idea, so i followed her out of respect for that.