Come on girl, tell us what you REALLY think !!   … with regards to my time spent in Europe.

A great many of you have emailed me this week trying to squeeze a bit more juice out of the lemon, apparently I didn’t talk enough about my true feelings about my summer in Europe.  So many of you are from Europe so it’s understandable why you’re all so curious as to what a foreign Mistress thought about your homeland.

Frankly , I bite my tongue a whole hell of a lot when I write for this blog.  If you’ve been reading between the lines in the stories categorized under My Opinion , then you no doubt know that my hatred for this country is only surpassed by my deeper hatred of being mistakenly born here.

So it’s quite easy for me to spit vile venom and really go off on the comparisons I found between here and Europe , but instead let me tell you quite truthfully that for my first two days back I did nothing but curl up on my sofa and cry.  What would bring a hardened girl like me to tears for such an extended period of time?

I had a lot of fun over there.  I felt free.  Unrestricted.  Uninhibited.  Like all the bile of this city had been rinsed from my body just by the clean air in Europe.  Now that I’m back here I can feel it’s filth tenfold, and it pisses me off to the point of madness.

This is a filthy fucking place, make no mistake.

The girls here are all professional liars.  Every single last one of them.  They may have a worldly IQ equivalent to that of a rock , but they’re all fucking Einstein’s when it comes to street smarts.  Therein lays the imbalance, the very thing that clawed at the back of my mind the whole time I was over there … how can these people, so highly sophisticated, so intelligent , so well brought up … all be so stupid once they land over here?

In Germany I found sophistication.  Oh I’m not talking technological sophistication , they have that in droves , I’m talking about how I assessed my conversations with those I came across at cafe’s and such.  I’m more of a listener than a talker , and on any topic I found German folk able to enter into discourse with a knowledge base deeper than a well.

Yet nobody but nobody has their wallets mined deeper than German people over here.  Their brains may be full , but their hearts are empty and lonely , and they simply cannot contend with the street smarts of a bar girl.

That’s the truth.  When you take somebody who’s been lucky enough to concern themselves with the top two tiers of Maslow’s Hierarchy of Needs ; and you pit them in a battle of wits involving the heart with a girl who’s been entrenched in the bottom tier ; the result is a slaughter.

The sheer trickery involved in dealing with survival sheds one of any and all moral code , something which European men would be aghast at doing.

Substitute “Capone” for “Boyfriend” in that dialogue … and then ask one of us “and then what are you prepared to do to get a man?” and the answer will be unequivocally “anything and everything.”  That’s the Mereenkok way.  “Anything and everything” comes with more deceit , corruption, and contempt than any man from Europe is willing to believe.  So they instead choose to disbelieve it.  There’s a reason my first Twitter post after arriving back from Europe said this …

Because this place is a cesspool of deceit.  European countries by your recounts have many flaws, this I’ve been told time and time again.  Let me say this as a rebuttal :  no flaw is worse than deceit and corruption.

Europe is an impregnable fortress, protected by a stone wall of an impassable visa application process.  But as a good friend of mine once said , “Give me a toehold of corruption and some climbing spikes. I’ll impregnate the bitch.”

How do you deal with corruption?  You use it to your own advantage.  To get a visa one must show payslip proof of a steady long term high paying job.  They must show gobs of money in the bank.  They must show one owns property and is indebted to one of our banks to pay it back.  All that must be shown just to get accepted for an intense interview where they attempt to not only debunk the proof supplied, but also to strip one of their character and self worth.

I had none of the above , save character ; of that – I have a shitload.   Yet I got the visa … god bless corruption eh?  XD

I’ll spill the exact details of how I got it once I’m long gone from here – won’t be long now.  But let’s say that if there was ever a country where you could … oh let’s say get legally married to a fictional person … this is the place to get it done.  Don’t smirk …  I’m not exaggerating in the least … I’ve seen it done with my own eyes.  Chew on that when contemplating how dangerous or opportunistic this place is. 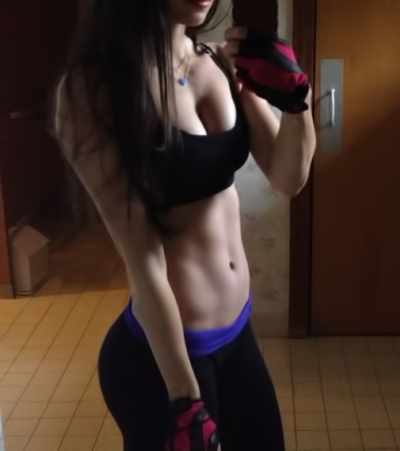 Why would you even want to come to a place where such opportunity exists?  Let me ask you this … how would you describe the character of people such a system would lure?  See I have a name for such people already , I call them blue fish , remember?

What I found in Europe was exactly what I thought I would find , a sea of red fish.

People of upstanding moral character.  People who pride themselves on the sanctity of their city, the cleanliness of their country ; be it the Norwegians I met , the Italians, the French, the Swiss or the Moroccans.  There is a vibe in Europe that I felt very much a part of , these are good people.

In fact, there are two cities that I’ve lived in now who have a part of town named after where I’m from … in both places it’s the place you go to get laid.

The stigma is real folks.

My answer to all the people who asked me was always the same.

“It doesn’t matter where I’m from, what matters is that I belong here.”

The landlord for this condo called me early this morning telling me that I have to sign the rental contract for the upcoming year starting September 1st as that’s the date I moved here last year.  Instead, I gave her my one month notice to move out.

“Your contract is for a year” I replied.  “I won’t be here come next September, as I belong somewhere else.”

If you plant the seeds of action , you’ll be surprised what can grow.