When I was a kid , Marvel and  DC Comic Book heroes had no power that was equivalent to that of the powers which lay inside my pussy.  I suppose that makes  me some sort of a super hero(ine) does it not?

Well every  super  hero has an origin story , so here is mine.

I grew up in a village some 3 hours outside  of Bangkok , a small town nothing like Gotham City , this town was as unassuming as it was poor.  Still is.

Though  I had no possessions I had at one point a dog – a collie in fact – given to me  as a pup by a friend of my aunt who had both a Husky and a Collie.  When they had pups I was gifted one  for free and though  it was a male I gifted her …err him … with the name Diamond.

Royal Diamond to be exact , and not because I had been brain washed by the powers of royalty , but rather as a tribute of respect to the breeder who had named her Husky Princess Diamond and the collie sire Bold Diamond.

In the mathematical mind of an 8 year old, Princess + Bold = Royal.

And thus my greatest childhood friend came into my life and was forever by my side. 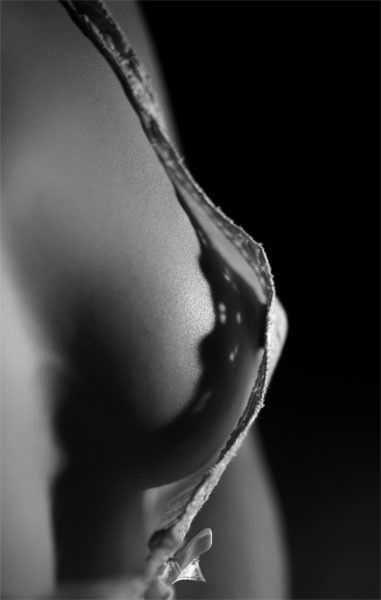 Now if you know Thailand , the side streets run amok with Soi dogs , territorial predators which lay dormant under the sun and turn  into a carnivorous pack of howling devils by moonlight.  I never wanted my precious beast to run with the locals so I kept him indoors and would only let him roam about close to our tiny abode come nightfall when the neighbours had fallen asleep.

My soi back then was a derelict one with the “upscale” (lol) houses on the street running right of my place and the poorer more flimsy houses running left with our place being smack in the middle.

Diamond , whom I would let wander after midnight always ventured to the right as there was more trees and  jungle for him to explore and I was fine with that as it lessened the chance he’d be stolen if he hid himself in the jungle under the pale moonlight.  Every night he’d wander off to the right and  I’d call him back an hour later , shortly after midnight and he’d always come running.

I couldn’t whistle , nor can I now – still ; so I’d rub the scrub brush against the washing board and make a ‘pssht psssht’ sound to get his attention.   It worked fine every evening, until it didn’t.

One night , I couldn’t get him to respond to the chatter I had made with the board rubbing and though I had tried many a time , it was well after 1am and there was no sign of him.

Where you grew up. your pets don’t get eaten by the locals, here they do quite regularly and my stomach was noxious at the thought.

Mom had always gone to bed by 9pm since  she was always up by 4:30 before daylight broke and are little shack didn’t warrant a gate to protect so I hypothetically was able to venture out to find him.

The thought of wandering out on the barely lit soi at 1am sent shivers down my back , and if I was found wandering outside my house either of my parents surely would have beaten me, but I was worried sick over Diamond and so – I had put on my flip flops and ventured out on a rescue mission of sorts.

To the right , fuck it was terrifying wandering towards the blackness of the bushes , I still have chills down my spine when I think about me venturing into the woods , it was like being consumed by a black hole.  No dog to be found however, so I spent a fair time meandering around the shadows of the adjacent soi , and the one next to that one even, only to find nothing.

The last place that occurred to me to look was down left of my place.

But rest assured, it wasn’t more than 20 steps in that direction that I heard the whimpering voice of my dog.

Sure enough, in front of the last shanty at the end of the soi … a miskept property owned by the only gun toting drunk on the street … my dog Diamond was standing ass to ass with that guys god ugly runt of a mutt.

Now I was young, but I was smart enough at the time to know that animals fucked doggy style , so this ass to ass thing was wholly new to me at the time.

There stood my best friend in the world , head bowed in shame but peeking up at me with his eyes and whimpering like he was getting his balls removed.

So after a few whispered calls of his name I walked up and grabbed him by the scruff of his neck to pull him back home.   He wouldn’t budge.

I pulled harder.  He didn’t move even an inch.

Thus, to gain more leverage, I grabbed Diamond with my tiny arms wrapped around the girth of his body and with my heels dug firmly into the muck , I tried pulling him away from the ugly female mutt that had cast a spell on him.

Diamond yelped in pain the harder I pulled.

Now this fool who lived there , my mom had forbidden me to go anywhere near his place as he had shot two if not three animals in the time we lived in proximity to him.  Ya he was the neighbourhood drunk prick.

I couldn’t very well keep pulling as the yelps of pain from Diamond would surely bring the mutt’s owner out with his pistol.  But I couldn’t figure out why me tugging on his body was causing so much pain.

It wasn’t until I walked around the two to survey the situation that it dawned on me what was happening.

They had been fucking , my precious beautiful dog had chosen the ugliest dog in the city to bang , and she – in typical Thai style – wasn’t letting his cock out of her pussy.  She had it on maximum prison security lock down , and my tugging was essentially helping to pull Diamond’s dick off.

The anti-climatic end to the whole scenario is that both me and Diamond had to wait until she was done with his dick , and I spanked his ass all the way back up the street to my home.

But the fascination of what that Ogre-ess dog had done with her pussy.  She had a super hero pussy … the ability to crush a male dog’s dick to ashes with just a clenching of her pussy muscle.

That … stuck with me , and I might add … heavily influenced how I viewed my pussy from that day forward.

Now I’m not saying the first time I got laid that I tried to rip the guy’s dick off with my cunt.   I should have though, the guys’ dick was so unimpressive that I vividly remember laying on my back thinking “that was it , what was the point of that?”

In fact, whenever I hear Seinfeld’s joke about a racehorse’s thoughts as he hits the finish line … I always transcend back to my first time getting laid …

So not only did I have this preconceived notion early on that my pussy possibly possessed magical powers I was also heavily influenced by another part of my body that I thought was “all controlling” … my boobs.

Of which I had none.

Even now, but that’s going to change shortly.

Point is , t’was about two years later , the divorce had happened and I was – as the closest of you guys know – living elsewhere by then and English was suddenly being forced  upon me as the only language I was allowed to speak and read.  Thai was for the most part forbidden and the thing I remember hating the most was being forced to sit down and read books written in English every day after coming home from school.  Fuck it was the bane of my existence back then.  There I was , about 13 years old , and forced to read Green Eggs & Ham.  Which led to The Jungle Book stories – of which I remember one about Rikki-Tikki-Tavi the most.  Actually Nag the fearsome cobra in that story is a Thai name and to this day I get put off instantly whenever I come across someone who goes by that name.

Anyways, my reading progression went something along the lines of  Dr.Seuss -> Mother Goose  -> The Jungle Book  -> WaterShip Down  -> Literotica

The last step , not so proud of that period of literature reading I must say.  I’m not so sure it was that particular website , but when I first got my hands on the internet I was using it to mainly scratch pussy by reading on sexual fantasy stories.

One of which featured a girl with tiny titties and the boy next door who would laugh at her tiny boobs.  Until one day the girl had enough and whilst playfully wrestling with the kid (adult?) he began to laugh at her smallish breasts again.  She got on top of him and one sentence read something like “I’d love to make you beg or cry just to suck my tiny little titty, want to see if I can?”

As I hinted at earlier though, the first guy I ever slept with was a dud in bed ; I think he was so surprised he was fucking that the look of shock on his face turned me right off.

Funny thing is , given my looks nowadays, even the most handsome guys that I choose to bang have that same shocked look lol.

Reminder: Your head mistress will be back January 12th. Demand is out of control … you will have to book her later in the month though because I booked so many sessions for her already this weekend.

I’ve since grown very fond in my sessions of making guys beg for just a glimpse of my perfect tiny pink pussy , or my smallish but ever so firm breasts which curve up – not down ; and both drive men nuts.

Seeing how long a man can hold my nipple in his teeth through my t-shirt makes me giggle as the drool covers his chin and slowly drenches his own shirt.

I love teasing guys before my sessions by sending them a photo like the one above, where the imagination can almost fill in the shape and size of my nipple – if one stares long enough.

I know guys stare at my photos for minutes if not hours , trying to envision what it’ll be like to worship me in person.

So when your time comes, and you’re dying to see what my nipple or my pussy looks like , but I just won’t let you see all of it … now you know the origins of where my superhero powers came from.