I have all these one paragraph attempts at recalling the sexiest sessions of the week but honestly I just can’t put pen to paper right now … or “finger to keyboard” which is more true but doesn’t sound as romantic.  I feel like one of those Charlie Brown comic strips where he’s got a storm captioned above his head or maybe just the word “sigh” with a contorted look on his face.

My stomach hurts so much from worry that I literally cannot stand up straight to walk from my sofa here to the bathroom, I instead look like a hunched over grandmother of 90 years old trying to make the ten meter walk.  Instead of answering emails tonight I’ve instead gone over and re-read well over a hundred of your comforting thoughts and wishes , especially the ones that assure me the results of last week’s biopsy will reveal absolutely nothing threatening. 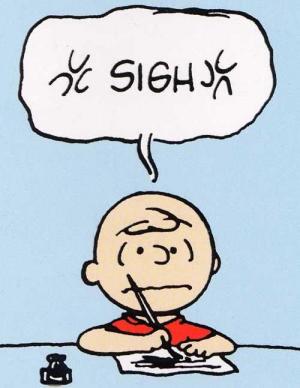 But then, all the brain needs it seems is one grain of doubt that it can grow into a snarling weed of worry , and that’s what I have , doubt and a lot of it.  The thing is , I don’t want to be that mellow dramatic idiot who proclaims the sky is falling and sees the sun rise the very next day as per usual.  So until there is indeed something to announce I’m keeping a half contorted smile with my lips closed and keeping mum about the situation.

It’s just that , the news is forthcoming , like in 18 hours from now I’ll feel like I’ve been reborn or I’ll be Chicken Little indeed.  That’s if these stomach knots don’t do me in tonight.  The faucet is dripping over in the kitchen, I’d shut it off but it’s the only sound to keep my company tonight as I sit here and let my mind wander aimlessly.  I’ve been thinking about all the amazing things I’ve done these past few years.

Lept from the highest bridge in South Africa.

I watched the sun set like fire below the watery horizon in Bali.

Tasted sushi on the slopes of Mt. Fuji.

I”m not even 30 years old and yet, I fear greatly that if tomorrow’s news is not so great then very soon …

All those moments will be lost.  In time.

You cannot learn a thing … you think you know.  #trampling#bdsm#ballbusting pic.twitter.com/Z067Ih2vOC